Main role in each game mode

I love Caldy , but since his passive was nerfed I found him pretty ■■■■.

ANYWAY, besides what I think about him, I want to know from “Pro” Caldy players. Which is the best way to use him in each mode ?

this is my perception

Other modes :
Focus either on Objective or assassinate every enemy player (specially Melee types) since you can use G.M. all day and they cannot hit you.
Helix is Mobility ,duh !
Gear - Skill DMG , Reduce Cooldown.

Also , any tip on when to use his energy blade ? like which BB he can take with his melee attacks and which he should use his TMP with ?

P.S. : I’m gonna do some gameplay footage with Caldarius before I quit gaming for good (yea don’t Q that ) and before I see BB’s reputation turn to ashes by some publishers… COUGH 2K ! who forgot the basic understanding on how to market a game.

Caldy is one of my favourite characters and I think I’m a decent Caldy player. I can give you some tips for Incursion only since I don’t play the other modes as often. So in Incursion, on any map, I go for mobility gear: 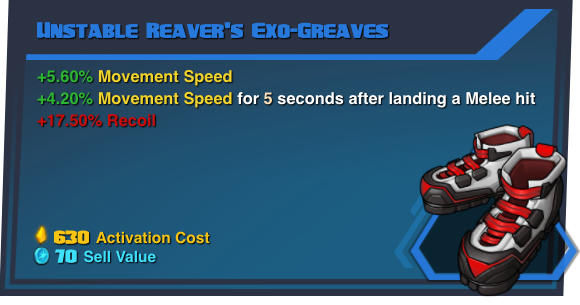 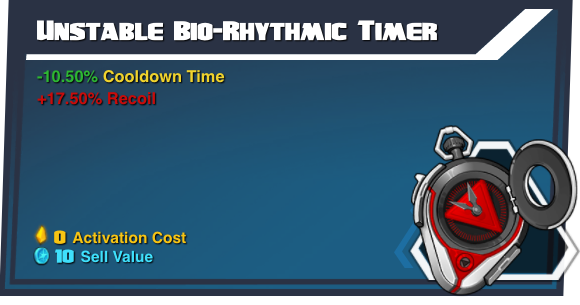 Because I play Caldy as a hit and run sort of character I regularly use melee attacks to make use of the wound and the bonus movement/sprint speed from my gear and I try to use Gravitic Burst as offensive as possible.

I usually focus on wave clear and getting thralls. I save my Flashbang for the following scenarios:

I usually go with:

At lvl 5 I prefer Gravitic Ascent because it makes for a very good escape combined with Gravitic Burst, as you can dash out of the danger zone without getting bodyblocked. It’s also handy to reach certain spots you can’t reach with Improved Thrusters.

I do have an older gameplay vid as Caldy if you want to see it. I can also make a new one if you like.

Incursion: Wave clear, harassment, kill secure. Flashbanging the wave as it comes in is always a strong play because you’ll catch people pushing behind it too. If you see any healers, don’t hesitate to go in and L2 them - Caldy gets free wound on his blade, and only Miko has a strong response by Sporing the ground point-blank (though you should be shooting him in the head instead). If anyone gets low, you should be considering applying Wound to prevent a save. If no one is, stay mobile and use the TMP to soften targets.

At 4-5, Caldy gets a massive boost in killpower, and you should start actively hunting supports and weakening opponents. He never gets enough damage to take Thralls effectively, so pass on that. Ironically, he’s better at Double Thrall.

I stack attack damage + attack speed for suppressive purposes, along with health regen. You shouldn’t hesitate to take expensive loadouts on Caldy since he can take shards easily - just don’t go triple lego.

Meltdown: Caldy rules here. Flashbang the wave and kill the shepard, then move on to the other side. Steal shards and buy fat bots as fast as possible, and don’t bother attacking enemy players unless they’re weak and easily assassinated (<5 seconds of effort). Dash over their heads, draw CC and attention, then leave. You’re a dodge tank / waveclear / economy machine, and rule Paradise like a heathen god. Take 0 shard, wrench, and white vial for max bots.

F/O: Flashbang makes clearing Varelsi a joke. Take white gear and annihilate all the varelsi you want - powerlevel to 5 for your booster upgrade, and then unless you get stunned or trapped you’re impossible to kill. Save AA for killshots and don’t be afraid to run around with 100+ masks - what are they going to do about it, be slower than you? The numerous supply stations mean you never have to stay low.

Unfortunately a lot of caldarius’s strengths are only brought out by reps, so you should really enjoy playing him if you want to use him effectively. Getting used to jumping as a background constant and managing your cooldowns so you can effectively escape are crucial. While playing him you should rarely stop jumping, and absolutely never stop moving. If you’re adept with him he can ably go toe-to-toe with any character in the game; he excels at both dueling and harassing because of his mobility, high burst, and good sustained damage, while also being an excellent waveclear with his good aoe damage, lifesteal, and minion-cc effects.

So I want to clarify up-front that yes, though he’s good at finishing fleeing opponents, there is absolutely no reason to relegate yourself to only fighting low health enemies. You should be shooting, blinding, and generally being an overbearing nuisance to everyone you see (with the possible exception of boldur who is basically impossible to kill unless he stays in lane too long or you have help).

That said, I’m not sure his role changes too much between modes, frankly. I like to flank with him to gank either lone enemies or groups of weak ones in meltdown, but that isn’t really as possible in incursion (the flanking part). His blind seems to be more useful in incursion as an initiation tool, where you blind a group of enemies before moving in as a unit or use it to disrupt a dive/push; the skill’s large aoe and the long blind duration post level 4 make it ideal for singling out supports while the enemy team flounders around unable to see or help.

Gear-wise, my favorite build consists of a zero-cost health regen item with negative recharge rate (you should never need to leave lane with regen so you can farm quickly; the flaw turns out not to be a big deal, and it allows you to buy this next item very early), a sportsman’s max health item (for its cost this is the strongest health item in the game, and will help you survive stuns long enough to escape or get your cooldowns back), and lenore’s lament (stat stick that also gives his tmp lifesteal, in effect giving you ~30 health per second while fighting non-jennerits including minions). For non-legendary situations like tournaments I run a skill damage+max health instead of lenore’s, simply because it increases his burst and health is the strongest stat in the game atm.
Stats that are less useful but still viable are attack speed, cooldown, and d.r.+health regen, but I would very strongly recommend you not run move speed or anything similar, simply because you’ll be jumping so much that they should rarely come in handy.

I guess lastly to address your question about his melee, I think it mostly comes from experience when the time is right (or if you should just patiently wait for your reload rather than get yourself killed trying to melee someone). That’s obviously a non-answer, so I’d say as a general rule I like to go after supports like ambra, alani, and miko throughout the game with it, but it’s useful to tag anyone with it who relies on strong regen when they’re not looking or when you’re certain you can win a fight. Jumping in close for a single melee and jumping away to continue tmp-ing will not only handicap an opponent’s regen but will also keep them unsure about what range to engage you in. Generally don’t try to stand there a melee someone to death, if you’re going to use your blade then there’s no reason to not keep jumping around your target aiming for crits.

Yea, I would like to watch. Plz , give me a link to the video

If you want to see some good Caldarius play, keep an eye on the PS4 league starting soon. There are a few pretty good Caldarius players in the league. If you see Odiferous_Hermit, Hellyeah935, Haloblade4 or VagrantSun playing Caldarius you won’t be disappointed. That said, there’s a decent chance that Caldarius may be target banned so he may or may not see some play depending on the game.

Where can I see that ?

It’ll be streamed on Twitch. Recently there have been some issues though. One of the teams has lost a member right before they were supposed to play and we are currently taking another look at the roster and changing a few things around. So I’m not sure when any of the games will be.

@Nemosis327 would have more details on that since he’s A) and team captain and B) going to be casting some of the games (With me there too!)

Actually it’s more like I’m going to be pretending like I know what I’m doing when it comes to casting games and streaming on twich, all the while trying to stop laughing at the stupid ■■■■ we get up to. Me, you, Kevin, vagrant… I feel like it’s going to be more fun than actually playing for the most part.

Well um… do is there any recorded streams on twitch ?

Haloblade4 has several, and a handful posted to youtube as well.

And I’m asking for a link

no matter , I FOUND haloblade4’s channel.

Vagrant and Hellyeah will be playing this Saturday 3pm est, it’s likely one of them will have Caldarius so look out for that!

I sent you the link on Steam.

Cant find it , can u just put the link in a replay ?

I remember that game. It’s always fun to fight your Caldarius but that damn Alani on my team only healed with riptide heals. Nemo and I ended up doing more healing with our life steal than she did overall.