Meet ISIC, the Magnus with a grudge against existence

New blog post sheds some light on the Magnus known as ISIC’s backstory and playstyle! 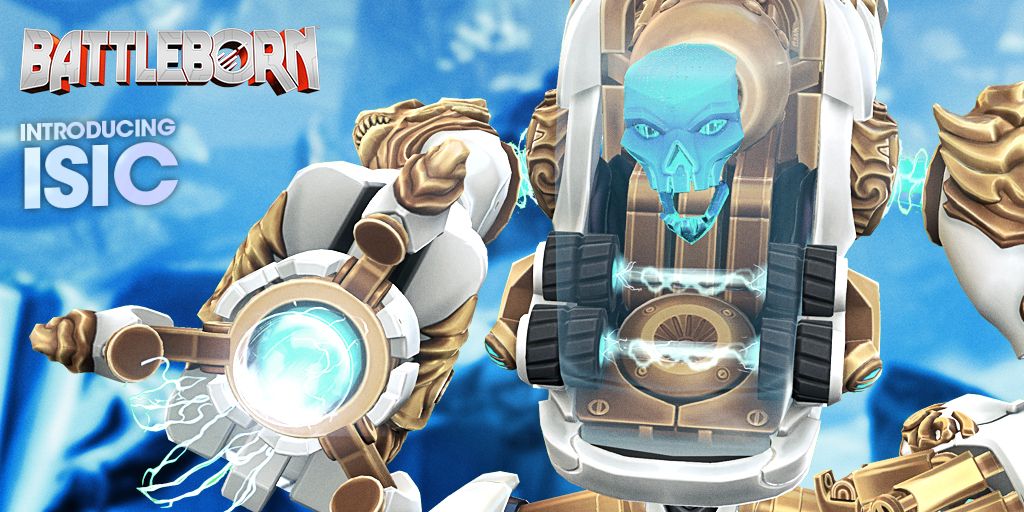 Meet ISIC, the Magnus with a Grudge Against Existence - Battleborn

In the universe of Battleborn, it’s not easy being a Magnus--an artificial intelligence of staggering complexity. You’re charged with tasks well beyond the capacity of an organic mind. You’re on call every hour of every day. Then there’s a slight...

[quote]In the universe of Battleborn, it’s not easy being a Magnus–an artificial intelligence of staggering complexity. You’re charged with tasks well beyond the capacity of an organic mind. You’re on call every hour of every day. Then there’s a slight risk of losing your mind, driven mad by your own boundless intelligence.

And that’s what happened to ISIC: the craziest, deadliest, most nihilistic Magnus the Last Light Consortium ever produced. Now he’s returned to Solus, and he has one hell of a bone to pick with the cosmos – and the Battleborn who protect it.

“I hate you so much, it literally gives me energy. I use that energy to write letters to orphans, in which I make fun of them for being orphans.”

You might be thinking, “say, all those words are frightening, and those aren’t words I want describing a sentient AI that controls life support systems and airlocks.” Bummer for you: those words summarize ISIC’s resume pretty well.

Before his mind fell to pieces, ISIC was the lead manufacturing Magnus at Minion Robotics, where he drove record profits and revolutionized production pipelines. After his mind fell to pieces, he joined a pro-wrestling circuit, tore a dude’s arms off, and decided minutes later that the physical universe is nothing more than a simulation and must be destroyed. So, y’know. Magnus of many interests.

“The universe is a joke, and the Algorithm is the turbo-badass punchline that will free us all from this infinitely regressing cosmic nightmare.”

In the Battleborn mission “The Algorithm”, ISIC has seized control of Fort Ocoban – an old UPR mining colony on the ice moon of Bliss – where he plans to strike the killing blow against the cosmos, and free all sentient life from the cruel mockery they call existence. To do this, he’ll need Ocoban’s considerable energy reserves to process the Algorithm: a program that ISIC believes can crash the universe itself.

If the Battleborn can stop him, they might just be able to debug ISIC’s considerably buggy code and gain a potent – if a liiiiiittle terrifying – ally in their fight against the Varelsi.

Charge Cannon: ISIC’s Charge Cannon fires off rapid blasts for minor damage, or can be charged for a devastating burst of energy at the expense of his movement speed.
Energy Aegis: ISIC’s powerful wrist-mounted energy makes him a capable front-line defender.
ABILITIES:

Rotating Wards: A series of five protective wards that spin around ISIC at high-velocity, absorbing damage.
Grapple Beam: Fire a beam to lock into a target and watch the fun unfold as a five-ton war machine is yanked across the battlefield at a target. Anything caught in ISIC’s path takes damage as well. The results aren’t pretty.
Omega Strike: ISIC turns into a colossal turret. Sure, he’s slow as hell while Omega Strike is active, but who needs mobility when the path to victory is as simple as 1.) aim giant gun, 2.) shoot giant gun, 3.) villain laugh?[/quote]

How can you not love an AI that enjoys mocking orphans?! Can’t wait to try ISIC. I saw Tessachka play him and he looked really fun.

He actually looks pretty cool. I’m pretty sure I will try out every character at least once.

I’d just like to say that his dialogue is incredible.

Damn this guys sounds fun! Cant wait to try him

“Fire a beam to lock into a target and watch the fun unfold as a five-ton
war machine is yanked across the battlefield at a target. Anything
caught in ISIC’s path takes damage as well. The results aren’t pretty.”
Allso do you think will he will be playable during test?

Do you know when the knew characters will be on the website, so we can check out their helix?

We’re working on getting that stuff live ASAP.

Cool, I can’t wait. They are the only ones that I don’t have a test build for.

Wait, so if he is an NPC in a mission, but also a playable character…

Does this mean certain Battleborn wont be unlocked at the beginning of the campaign? Will we be able to redo this mission as ISIC (or multiple ISICs) for the hilarity of doing a mission to reruit yourself? Are there other characters like this, Melka was an NPC for the very first campaign footage they showed of I think…

Yeah some will be locked at first but supposedly they will be unlocked “rapidly.” During the streaming today someone played as Isic in the mission where Isic is against you.

At first glance I didn’t think I’d like him so much but after reading the bio, and his love for orphans, I’ve totally changed my mind. ISIC’s sick.

Check out this thread for more info on unlockable characters. MMORPG.com did an interview with Randy Varnell that explained the unlockable stuff.

Hope to see all the missing characters on the site (Ambra, Reyna, Benedict, etc).

Oh god, these characters look so wacky and creative. Just the stuff I’d expect from Gearbox!

what has your play testing with isic been like? i can’t find a good stream to make me think he is viable a tank defender (even boldur looks better). his immobility and single focus attack seem to expose and negate his shields of strength. maebe he’s difficult hero, idk. your impressions?