So I usually like a bulkier miko when running around, which do you think works better/has more benefits? 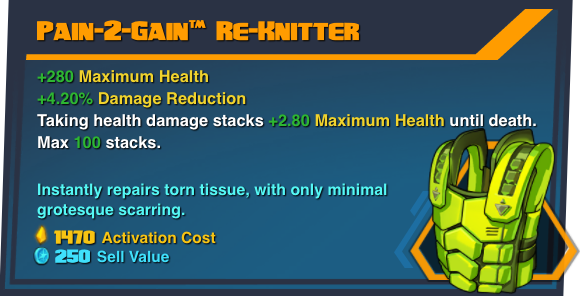 I do like the natural order as it gives max health, regen, AND damage reduction against non-eldrid characters, helping against those sneaky pendles that try to shank me. Does anyone know if this counts for minions and sentries and anything else?

Natural order reduce your dmg To -> eldrids <- from… And is rly situational. Only melka wouls be affected by this sice is the only eldrid who can dive behind your team to kill you…

Are you sure this is the best gear for miko?

Why not attack power, heal power and regen? Heal your team and heal yourself.

Edit: if you have the time to gather shards pain 2 gain

…I have no idea how but I just thought the natural order blocks 25% from all enemies EXCEPT eldrid. not sure how those wires got crossed. welp changing that now lol

Oh oh before it got disabled there was a heal recive for eldrids, that sht was serious, 20% healing to and from eldrid.

Self faling got boosted i could heal 200 + to kelvin, if kelvin had one your heals were absurde 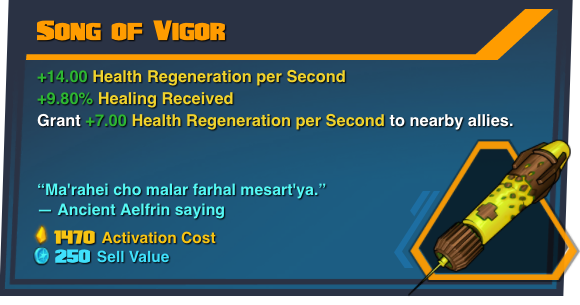 are what my first two gear are. I usually like more expensive gear that buff me a lot and so far I haven’t had that many issues with shards. for the heal power- do you think damage reduction or attack damage? I prefer healthier miko than damaging miko but I like to hear others opinons

This is my miko gear

does healing received affect miko? through biosynthesis or heal thyself or anything else I might go for this for heal power since healing recieved and damage reduction both seem to not be ideal on miko, with the leg health regen, and pain 2 gain

Unless something changed since i last played on Wednesday, the Pangenesis Glyph is no longer locked since the Winter Update dropped. It’s quite effective if you play with teammates who favor Eldrid (i play with several).

Also, @Moosicus, i asked @blainebrossart1 if healing received effected biosynthesis, and he said yes. I trust his advice, and my own in-battle gear-testing results seem to support that it does indeed affect biosynthesis.

Do you know if this has been fixed yet? (is it still disabled?)

Does the legendary effect work on yourself or just others?

The 20% eldrid healing? Works on miko and alani.

Natural Order is, believe it or not, typically bad for Miko as it actually reduces his healing to other Eldrids. You’re fine if you don’t have Eldrids on your team, but if you do it’ll hurt your healing. Miko’s healing beam reaps the effects of attack damage, and since Natural Order decreases the damage against Eldrid, your healing beam is effctively nerfed.

I have yet to tried this when the Eldrid who is being healed has Natural Order activated to see if the values differ as well. My suspicion is that the result would be the same as above, that the values will be reduced. Reason being that it effectively grants you a 25% damage resistance from other Eldrids and the game seemingly can’t (or doesn’t at least) distinguish between allies and enemies. Seems strange. But as said, I only think that and will have to testit out.

What do you mean by this, Crow? So if I’m understanding this right, +atk dmg gear could make his healing beam stronger? Probably not as much as +heal power, but interesting none the less.

It does, if you consider this: second stat heal power is 7 while first stat of attack power is 9. Instead of get a second pice of gear with 7 heal you could get one with 9 and a second stato of att power being 4 and a 3th gear with heal power for a total of:

I mean the math all checks out and I get that - I just don’t play healers (or I live under a rock) and therefore didn’t even realize attack damage increases had any effect on healing given, haha. Thanks for letting me know! really interesting.

Expensive DPS Miko. With the Helix at 3, 5, and 7 for reload, spread damage, and attack speed (all right helix choices).

Thank me later. Or curse me if you attempt to use it in PvP for whatever reason and can’t stop firing kunai at the speed of light to help your team stay alive. lol 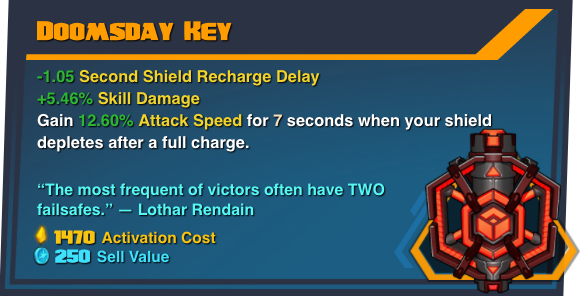 This looks like it would be really fun to try. What order would you buy them in? I figure spike before doomsday key, but what about Symbiotic gauntlet?