I’ve always hated this dumb mutation. The things you can do with it are ridiculous. I never really used it cuz I thought it was cheap, and frankly the double knockup was always so much fun. yesterday though I was playing Montana and decided I’d try it out just to see how absurd it is, and this garbage occurred 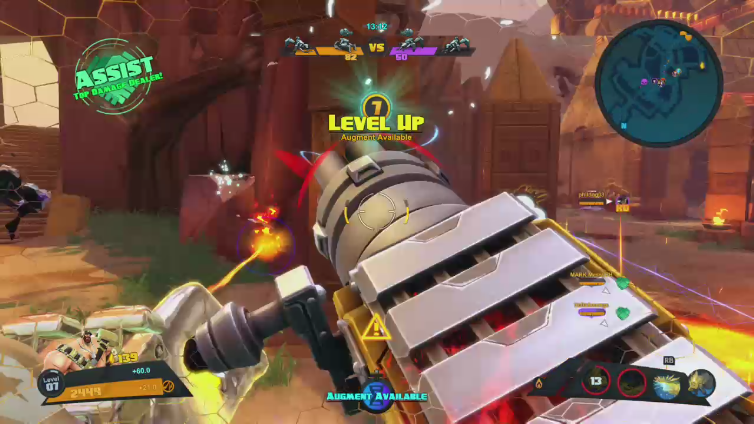 View your Xbox One recorded game clips as well as any videos recorded by the community! Share your best moments, search, sort, filter, timestamp, download, and more!

If I was that caldarius, my controller would’ve gone airborne. I’ve seen some BS in this game, but this was…woof. Left an awful taste in my mouth. If it’s not this, it’s somebody getting stunned through a wall. If it isn’t that it is somebody getting stunned by a Montana that is below them. Or getting knocked into nothing and getting stunned, though boldur can also do that right now and that should be addressed as well. Anywho, I’d love to see this garbage removed or at least reworked. Thoughts?

Looks normal to me. And if you ask me, the double knock up is way more cheap.

Dashing in an entirely different direction of somebody and stunning them is normal?

You can turn Montana mid-dash. I love doing doughnuts in spawn while I wait for the game to start.

That’s meant to be the point of the shock wave, you’re meant to catch more people with it than you would with the normal dash. I think that Cladi was just unlucky to be caught right on the edge of it. And being knocked into nothing? You get stunned by being knocked into anything, be it a wall, a team mate or a minion

It’s a central part of Montana’s kit. His mass CC defines him as a character, and nerfing Blast would have heavy repercussions on his viability as a character since it increases the reliability of Dash tremendously.

You are entirely missing my point here. I understand the point is that you are supposed to be able to hit multiple people. That’s not what I’m upset about, at all. I’m upset that you can stun somebody you can’t even see, through a wall. I’m upset that I can dash towards a sentry, and a character that I blow by, that is way off to my left, can get stunned because I turn my right analog stick. And as far as getting stunned by nothing, it does happen. With getting knocked into nothing. This video isn’t evidence of that. I’m just addressing another thing that happens with it.

I disagree, his damage reduction defines his kit. Cc is an added bonus and even with the knockup he has great initiation ability.

We’ll have to agree to disagree, because I firmly believe that without the threat Montana’s CC poses his DR wouldn’t even be relevant. His DR allows him to survive the damage that’s drawn to him because of his powerful CCs, not the other way around. That’s why frontline Montanas perish rapidly, and those who hang back and guard their teammates with Hailstorms and Lumberjack Dashes do well.

Montana is definitely powerful, both as an attacker and defender. This is the reason you should never get any where near Montana.
This sadly isnt the worst thing Montana can do tho, I’ve dashed people and instead of flying and hitting a wall to be stunned, they will just stay in place and be stunned giving me ample time to rev my gun up and get some heavy damage in.

I’d prefer my Montana gets out in front of shepherd waves and big bots and eats damage so that they can destroy the sentry. There are other characters who can do what you want your Montana to do, better. Nobody gets in front of the wave and draws aggro better than Monty.