Hello,
I know it might be hard to tell but, can we have an ETA for the monthly patch?
can i also ask for some of the fixes it will contain? 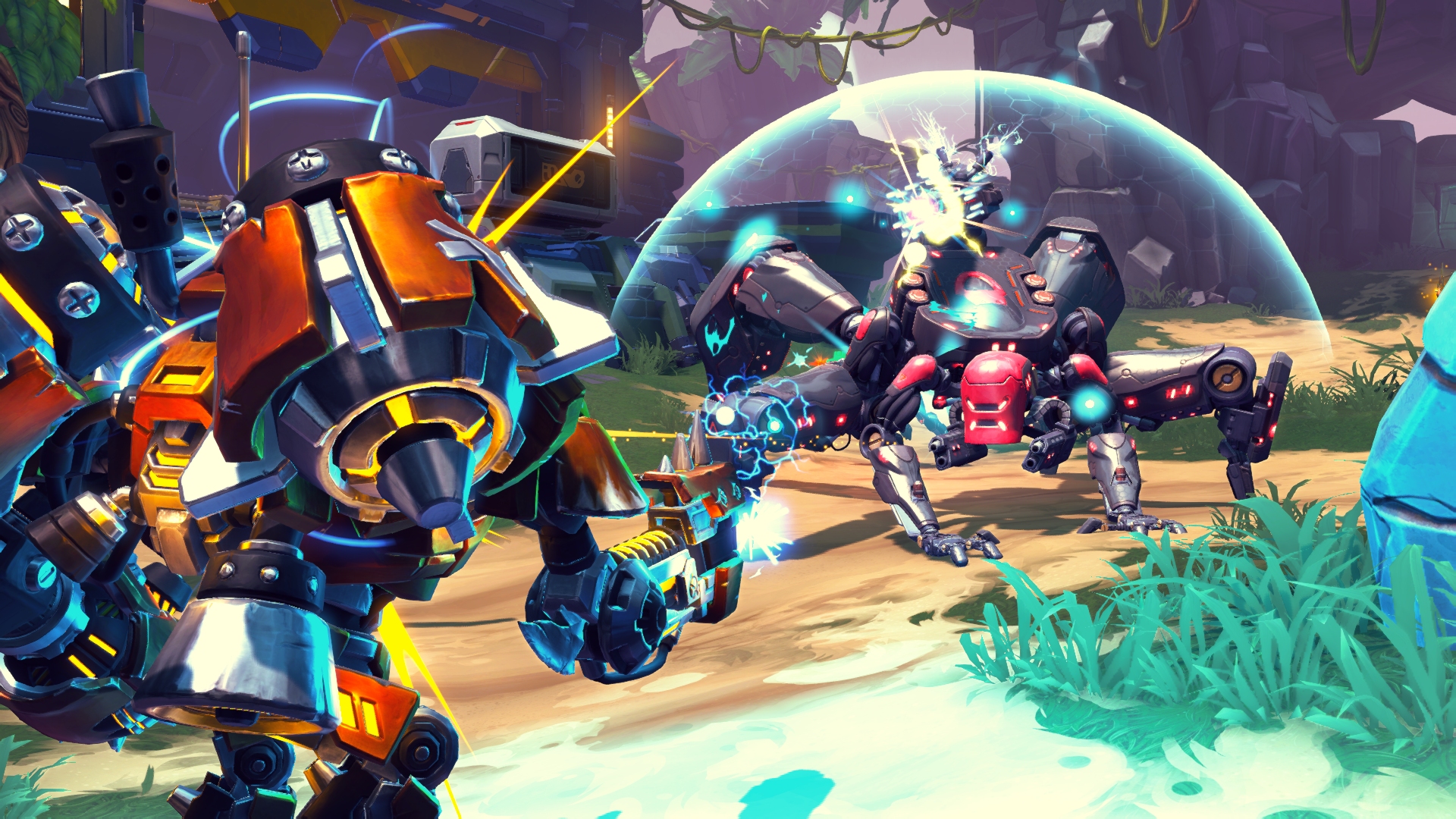 A new patch coming for Battleborn is and some extensive changes are being made. Battleborn's balance designer mentioned some of the upcoming changes.

Battleborn balance designer, gRANT, mentioned some of the upcoming changes that are potentially coming to the game. He did this in the Unofficial Battleborn Discord he does mention these changes are NOT FINAL and can change during the course of the development. As soon as the patch is being rolled out i’ll be posting them here on my website. As Gearbox is doing hot fixes for Battleborn every week that post is getting updated on a regular basis. While most basic adjustments can be made via Gearbox’ internal systems by rolling out these hot fixes, there are some changes take more of an effort. This is all because of game code that needs to be altered and those alterations require a patch in order to publish them. Creating a patch means that the new code needs to be reviewed by the Gearbox, 2K Games, and Platform holder QA teams. Which basically means it can takes some time for it actually gets released.

Benedict will no longer be able to crit.
Boldur

Boldur is getting a rework:

When Boldur’s ultimate ability is active, he now only gets 25% of the damage done to his shield returned as health instead of the current 50% healing.
Shield Mastery is now going to boost that amount to 75% instead of making Boldur’s shield invincible.
Axe Mastery is also only going to give 2% damage once every 250 health as opposed to once every 100 hp.
The cooldown on Boldur’s Ultimate Ability will increased to 50 second instead of a 30 second cooldown.
Boldurdash will become more responsive and easier to use.
Boldurdash will automatically activate Rage without a helix upgrade.
The “Bleed” helix augment at level 4 will increase from 48 to 240 damage over 4 seconds to make it more appealing when compared to the 3 second slow.
Boldur’s “Dwarven Constitution”, and “Berserker Rage” skills will be combined into one helix. No word on what helixes will replace them. gRANT also jokingly mentioned that he’d make Axe Toss crit one day.
Caldarius

The “Phasebang” augment will be replaced with one that will reduce the cooldown of his flashbangs for every enemy hit. No specific ‘hit’ was mentioned but it likely be successful flashbang hits. gRant mentioned that it’d likely be a .5s decrease and labeled it as “small”.
They are looking into “slowing” his double jump.
El Dragön

El Dragon will be receiving some nerfs.

En Fuego stun has been reduced to 1 second.
Secondary Attack will be reduced by 25%.
Dragon Splash’s Area of Effect size and damage will also been reduced.
The level 10 helix “Dragonfire” will once again apply a dot to the fireballs.
No health increase for El Dragön, he is the glass cannon of the melee characters. He is the hardest hitting hero with the lowest amount of health.
Deande

Deande gets a buff to health.
The duration of Deande’s Passive ability “The Element of Surprise” will be increased to 5 seconds instead of the current 3 seconds duration.
Galilea

Galilea is getting a health buff.
They are thinking of moving Galilea’s pull to a later level on her helix but didn’t have time to work on it.
Desecrate and how it functions is getting looked at and changes may be coming in the next patch after this upcoming patch.
Ghalt

Able to set (off?) two traps at once.
DPS on Quick melee is being reduced by 20%.
His shotgun damage is getting increased.
Ghalt’s stun is going to be changed to a medium slow.
ISIC

ISIC’s damage modifier on a fully charged shot is getting nerfed and he will be losing the Area of Effect damage on it.
He may receive a buff to his wards to compensate.
They have said that ISIC will continue to remain top tier.
Kelvin

Sublimate is getting its 2 second stun back, but he’s keeping the nerfed movement speed.
Phoebe

Silence on Phoebe’s Level 1 helix augment will now apply on any of her melee hits rather than the final hit.
Blade rush will get a 2-3 second cooldown reduction.
Phoebe gets a 200 health increase.
Oscar Mike

Currently going though several changes.
What they’ve settled for now is a 20% damage reduction while their shield is active.
They tested it at 30% and found it to be too strong.
gRANT hinted at changing the value of the shield itself.
Fetch will also become easier to use.
Thorn

Thorn is getting a slight nerf to her ultimate ability, also voice call-outs will be added to alert players that she’s is using her ultimate ability.
Volley is getting an increase to the arc to make it harder to hit an enemy with every single arrow.
Blight will likely be nerfed along with most of the Area of Effect changes in the game.
They are looking at some of Thorn’s helix options but didn’t have time to do anything so she’ll be getting attention in the future.
Whiskey Foxtrot

Whiskey Foxtrot is getting the ability to hold down the mouse/trigger to fire continuously without having to click/press every time.
Various

Increase the hp of all melees in exchange for nerfing certain powerful bursts (gRant cited Rath’s ultimate and Phoebe’s slow as examples).
Phoebe is confirmed to be gaining 200 additional hp,
Galilea is confirmed to get a health buff.
El Dragon will be receiving no hp increase.
Nerf many of the ‘Area of Effect’ damages in the game with citing with Orendi’s Shadowfire Pillar as an exception.
Gear may be revised in the future as gRANT is looking into it. Randy Varnell did mention they have been looking into Crafting gear.
Almost all stuns will go to 1 or 1.5 seconds unless they are specialized for stuns like Galilea or Kelvin.
AI is scaling up next patch. AI will increase health and damage every 2 minutes. With reduced AoE output from characters and AI scaling one character will no longer clear a wave instantly unless they’re specialized for it.
Add recover and rebound options in multiplayer modes
Better Super Minions to purchase for the shard gatherers
Being able to counter-pick and make better choices will picking your character
Allow different characters to thrive instead of just relying on one class to lane clear
Provide opportunities in modes for a late comeback to occur

Remember these changes are NOT FINAL and might change during development.

Me: it seems it’s generally on a Tuesday. Ik its a lot of content though so don’t expect it soon. That’s my best guess

Hmmm… seems MentalMars hasn’t gotten around to updating that yet. I messaged him to tell him that this info was posted in the Gears of Battle Discord and not the unofficial/community Battleborn Discord. I guess he’s been busy and perhaps forgot about it.

An ETA would be relevant to my interests

There’s no ETA on this patch. The best I can do is guess and say it is either this week or next week. All the developers that I talked to would say is, “Soon.”