With the release of new Battleborn gameplay footage a unannounced hero was hidden in the video. Who is he and what can he do ? Also found some Piece of Gear with a quote from a unannounced character. Are these tied together or do we have two separate Battleborn heroes ?

NOTE:
All gameplay footage can already be found online on official Battleborn outsources. I have contacted 2K Games to get permission to use the found resources in case you were wondering if i break any NDA on the Battleborn CTT.

Looks like a Melee character i can jump behind! sword and shield look awesome! (cooler that Boldur in my opinion)

A friend of Oscar Mike? Hah.

I’m getting flashbacks to the horrible Dahl shield due to the name alone.

who isn´t his friend? Haahahha

Had that piece of gear with his quote on it, but I never spend thought he could be the next Battleborn! Very very exciting!

It might just be that Whiskey Foxtrot was an old name for Oscar Mike, but the tooltip hasn’t been updated? It seems unlikely to have two characters with such a similar naming convention. I could be wrong, but I wouldn’t personally consider a sword/shield wielder to have a name like Whiskey Foxtrot.

Regardly, well spotted on that footage and thanks for posting it. We will find out if you’re correct soon enough.

[quote=“Tokesy97, post:8, topic:1051400, full:true”]
@MentalMars I don’t know if you’ve seen but if you watch the Thorn video, at the top of the Thorn page on the Battleborn site, there’s a giant guy dual wielding two explosive guns in a trench coat or something, just after she shoots Boldur and Marquis.[/quote]
That’s Ghalt.

@Tokesy97 Yup that’s Ghalt. I did write a speculation article on him a while ago. I’m still thinking about doing a part 3 or a video that sums up the best old and new details.

I think I saw another Jennerit color schemed guy in one of the Battleborn videos but can’t remember which one.

Already ahead of you

Last week i found 2 unannounced heroes. Already made one video for the first character. That might be Whiskey Foxtrot. Well today i finished up my second video of the other unannounced character. Hopefully you like what i have to show

But i believe this character could just be the Empress herself.

The more i watch that clip the more im convinced he is a robot. i dont know why though but just thought i would put that out there.

oooooo i could dig that actually

but that would make me think he is more Eldrid… which could be the case as Eldrid dont have Over Shields so maybe more of the characters need physical shields instead??

we got birds that join the peacekeepers and penguins that go rogue, so anyone can be everywhere i think

I think this guy (?) is probably the melee of the peacekeepers. Since every faction has at least one, right?. Though I guess he could be of the LLC or maybe even the rogues.

The lights, and the armoring make me think body armor so maybe llc?

i see what you mean, and would like him to be a Peacekeeper or LCC but its just the Shield mainly that makes me think Eldrid, plus Jennerit have two melee

so just an idea.

But i do hope the Peacekeepers get a Melee character, wether it be this guy with the classic hero get up of a sword, shield and armor or a unannounced guy with a light saber

Damn… i was way off XD

yeah i just read the description under the videos now XD

I was like 95% sure they wouldn’t use the same naming gimmick they used for Oscar Mike a second time.

Another prediction going down the drain. My Empress Lenore prediction turned out to be Deande. Well working on the new profile page for Galilea, written down her skills/abilities and stuff. 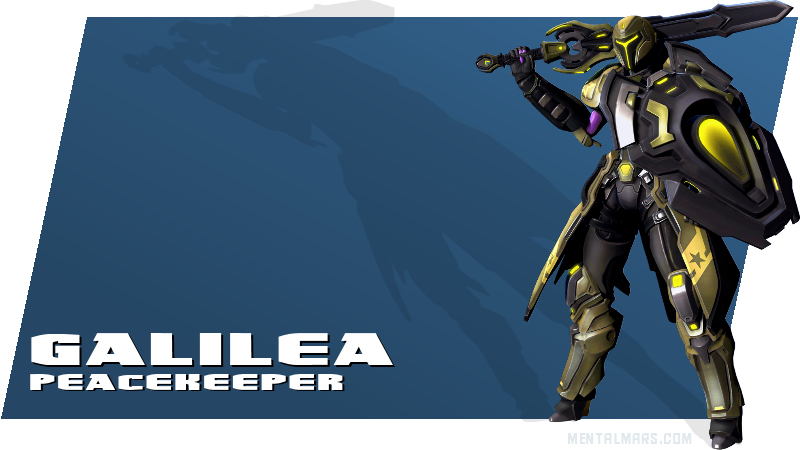 As people have been wondering how did i get the Empress Lenore character render. Well my whiskey foxtrot render was kinda a similar thing.
As i didn’t knew that this was Galilea and i was connecting the dots, I needed a character render that kinda looked like something we have seen on screen for those brief few seconds.

The thing that came to mind is a Elite from the Halo franchise. So Google image search and tada i found one holding a energy sword. Well close.