Hello im new to the game I was started the game as mechro as i like Warlock style chars but I didn’t like some of her core skills. I started all over again as Zer0 and having so much fun right now. He is so much fun to play for me. I read that he is not good at end game but I really want to play him. My question is, I was going melee build since its more popular, I yet to unlock Execute (1level left) heard its core skill, but I also enjoy sniping a lot. I could have gone sniper build but never seen sniper zer0 that much. So if i dont like melee build after I try execute, should I change to sniper build? I want to play a build to get used to it so I just dont want to be like play whatever cuz im leveling. Is it really worth playing sniper too?

Also when i respec via customize machine, can I respec again whenever I want?

thank you in advance !

First things first: I am no Zer0 expert, but I may be able to help with some of your questions.

Also when i respec via customize machine, can I respec again whenever I want?

Yes you can. If you want to change your build, you can respec anytime.

So if i dont like melee build after I try execute, should I change to sniper build?

As long as its fun, there is no need to change and I think the melee players will tell you that Many Must Fall is an even more important skill, because being able to chain melee kills while in Decepti0n is a unique Zer0 playstyle…

I read that he is not good at end game

I read that he is not good at end game

Whereever does such misinformation come from? Melee Zero is one of the strongest end game builds in the whole game. He is hard to play though. Sniper is definitely not weak either but has to do some wonky stuff against one or two raids if you want to solo them.

You can respec whenever you want, just takes a small amount of cash.
You did say you don’t want to play “whatever because it’s leveling” but your build is changing all the time while leveling anyway because you change your guns to new level appropriate ones. Might as well experiment with the skills too.

As for Execute yes it is a core skill but I’d say you can’t get a proper melee build going until you reach MMF at the end of the bloodshed tree. Until that you can use backstab and execute to kill single baddies and followthrough is a terrific skill all around (including all guns that you’ll be shooting while leveling) but might take some getting used to so you can stick to the right side if you so wish.

EDIT: You are at the point in levels where you can at will pop into the Scarlett DLC and pick up a Rapier which is the strongest melee weapon in the game. A lvl 15 one serves you just as well as a lvl 90 one for the most part as it’s melee bonus is static and melee damage is determined by your level, not the weapon. Slotting that in will allow you to practice switching into it for executes while leveling.
Other stuff I’d suggest giving a try to include Love Thumper, Law and Order and pretty much any new low fuse tesla grenade you come across, lobbed or longbow. Also roid shields obviously. Grenades and the roid shield matter more once you reach TVHM and get MMF.
EDIT: oh yeah and bladed Rubi (Evisceration Rubi). The level of that doesn’t matter much either so you can pick one up in NVHM too.

thank you for fast replies, I will try everything you said now.

@Lammas said everything you need to know about Melee Zer0. I just want to touch on sniping a little bit :

Definitely go ahead and try out Sniper Zer0 if you want to try another playstyle, respeccing costs a small amount of money and you can do it infinitely as well. Sniper Zer0 can burst down some of the toughest Raid Bosses at endgame in a mere minute or less. At early game you just want to get your hands on a good sniper, preferably Vladof, Maliwan or Jakobs.

In terms of gear, you can farm the Pimpernel and the Lyuda, which are the two strongest snipers in the game :

You also want a decent shield. Any shield with decent stats will do, but the best you can get is the Blockade. It’s dropped from the Ancient Dragons of Destruction, so good luck with that.

In terms of the build, that’s what I would use : https://bl2skills.com/assassin.html#505051055150555105515050510000
Note : if you don’t use the Lyuda and the Pimpernel, you can swap Kill C0onfirmed for Vel0city. The reason I don’t spec in Vel0city is because these weapons have special properties that get compromised by having higher bullet velocity.

And here is how hard Sniper Zer0 can hit :

Feel free to ask if you got any more questions !

thank you, one more question that i forgot to ask.

If i complete dlcs in my first playthrough, can I do them again on my second run as well?

If i complete dlcs in my first playthrough, can I do them again on my second run as well?

Yes you can. The DLCs are available on the second and third run via Fast Travel. It does not matter if you completed them on another playthrough.

As you’re still in Normal, perhaps a levelling guide would be more helpful at the moment. 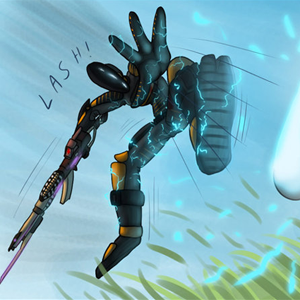 This is a global guide for Melee Zer0: you will find detailed informations about leveling up a melee Zer0 from lvl 1 to 50, basic tactic, basic playstyle, skill descriptions, game mechanics and step-b

This is if you are pursuing a strictly melee play through.
Personally I let my available COM and other gear mold my build and typically respec every 5 or 10 levels. Melee heavy if I have a good Ninja COM and roid shield / gun heavy if not.

Thanks, I just bookmarked that post. I like playing Sniper Zer0, but left my hands off Melee Zer0 after trying that shortly after getting BL2… Let’s just say it was a less than successful experiment