Today sure could be great for something, I don’t know what exactly, but it feels like a ‘‘something’’ kind of day

Gbx pls, you kept hinting at patch notes, it seemed to me like you implied they’d be released today. Why must you break me like this.

My feels pls
Where are the patch notes :v

it seemed to me like you implied they’d be released today.

mhh, can´t find any hints on that in the Dev´s comments though.

Also previous Patches/Updates were released outside of the Battleplan-schedule iirc.

Bro, Jythri just brought up a lot about patch notes yesterday. He even said yesterday on the Battleborn subreddit that he’d be listening to some fan-made tunes while editing patch notes tomorrow… tomorrow which would now be today. That doesn’t necessarily mean publishing, but if he’s editing, they’re close to being published…

Jythri posted elsethread that he was going through the patch notes very carefully to make sure they were clear and nothing got accidentally left out. He also mentioned that certification typically took 1-2 weeks, and that they are already starting work on the next patch. My interpretation of all that is that the update is close, and we’re probably in the certification period. I can totally see why there’s no firm date, though - who knows what curveballs certification might throw back at the devs?

Umm… Did anyone bring the staff of Ra…?

Bro, Jythri just brought up a lot about patch notes yesterday. He even said yesterday on the Battleborn subreddit that he’d be listening to some fan-made tunes while editing patch notes tomorrow… tomorrow which would now be today. That doesn’t necessarily mean publishing, but if he’s editing, they’re close to being published…

yes I know, I read the comments too. I just saw no hint that today was the release of this patch. Soon, yes, but no indicator of it being implemented today.

As @VaultHunter101 said, there´s alot behind-the-scenes work to do, even if the patchnotes themselves are already content-fixed, such as the certification-progress from Sony & Microsoft.

I didn’t say today would be the release of the patch, just that it truly felt like the patch notes would come out.

I have a lot of respect for Jythri, the guy wears a lot of hats (metaphorically speaking, although I respect it if he genuinely just wears a lot of hats in a literal sense as well) and goes beyond his job requirements to try his best to keep the community informed and engaged. I may not see eye to eye with him on a number of issues, but anybody can see he genuinely cares about the game and the community and is trying to do everything he can to improve matters.

The silence from the people who actually have “community relations” in their job descriptions is deafening however. I hesitate a little on how critical to be since I can’t possibly know all the details of what is going on behind the scenes that may be preventing or limiting them from doing their jobs the way they want to, but how many weeks are going to pass where the community appears as little more than an afterthought? Jythri’s posts the last couple of days have been great for morale, I’m not sure I understand why the tidbits the team is able to release about the update aren’t brought up little by little in a Battleplan (and I’m talking the specific details, not blanket statements of “bug fixes”) where they’d be more visible to a wider portion of the game’s community.

just that it truly felt like the patch notes would come out.

Well in all updatey/patches we had so far the patchnotes were revealed exactly on the same date as the patch aired. Iirc we got hints and bits before too, but no pre-release patchnotes in full length.

IIRC, at least once before, they gave us their planned patch notes, as in what was supposed to be in the update but was subject to change. I don’t remember which update that was, but I know it happened.

It was just an assumption that since the patch notes were close it could potentially come today. Sadly not, but it’s all cool, my guess is within the next 2 weeks! 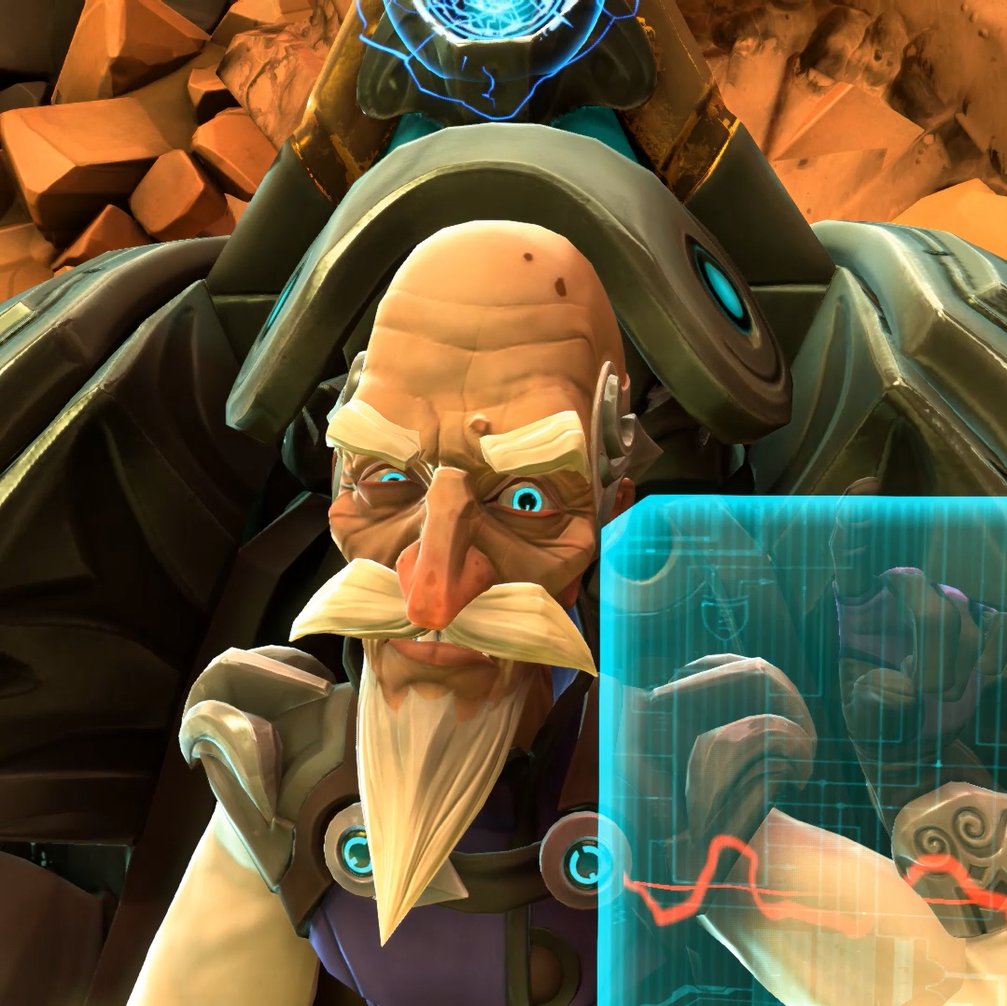 Wielding math as a weapon, like no other crotchety old geezer can. Happy #GeekPrideDay! https://t.co/7GCUJuLP46

and we got this

Hey look at this…

Darkspace Operations, Part 6       The Varelsi were decimated in minutes. Every few seconds, the hellish drone of the Doomlight’s siren would sound, its stormdrive core briefly illuminated with charge in the pitch-black sky. Peals of Dredge’s laughter rang out as lightning traced the path of least resistance between the Doomlight’s cannons and whatever unfortunate Varelsi he pointed at, leaving only the indigo cinders of their deconstitution and the echo of thunder. Between strikes, Orendi and…

[image] [image] Hey everyone! We’re back, and we’ve got something to share with you. As we’ve mentioned in the last few Battleplans, we’ve been keeping our heads down while we work on an update. So far, we’ve only been able to share with you bits of information about what that update may entail. Well, we’re pleased to tell you that we’re just about ready to give you the details. In the next couple weeks, we’ll be hosting a special Battleborn livestream at twitch.tv/gearboxsoftware sp…

Silence is gold (no)

I did not see this even in games from indie studios)