So I’ve been wanting to try to get into this game and from what I’ve seen it’s enjoyable, but after a few hard pc crashes which resulted in me having to actually manually turn off my pc to fix it, I get an issue related to ‘LiveKernel’ and whatnot. And I have the most up-to-date NVIDIA drivers, so if I need to I’ll revert to an older driver just to play the damn game. But, I need to know which one is considered compatible because it’s a little disheartening to get almost to the end of a map only to crash, then knowing I’ll have to run all the way back there again.

That’s rough… I think all of them are supposed to be compatible? It’s weird that a newer one would wreck it. Here’s what I use with no problems:

If I remember correctly, BL: TPS uses DirectX 9.0c, so installing that might help fix the issue. You can grab the runtime package from Microsoft here and it’s compatible with all versions of Windows from Vista up. If that doesn’t fix the problem, post the warning number because we can do a search on that.

I run Win 8.1 so I can’t actually download that, from what it is telling me. So I’m not entirely sure what is specifically in my rig that is causing it to have this type of issue.

Really? I’ve used it on Windows 10 without any issues. I skipped 7 and went straight to 10, but Borderlands 2 works just fine and since TPS is built on the same engine, I don’t see why it would have any issues. I suggest taking a screenshot of the error and submitting a support ticket. I think @Psychichazard has a link.

I submitted a ticket a short while ago, but this is the only error I keep getting from this game. 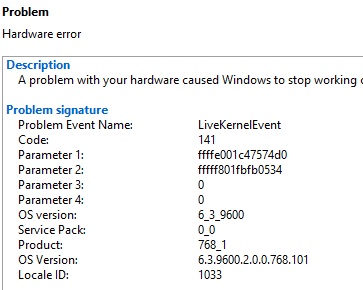 The only other time I’ve ever had this issue was with Blade and Soul. I also have DirextX 11 so I don’t know how this could be an issue with the DirectX.