The “Anarchy” title (Title_LowAccuracy1_Anarchy) is legitimate for any SMG that has a sufficiently low accuracy.
The Wildcat’s magazine (mag4_Dahl_Wildcat) imposes such a big penalty on accuracy that absolutely any Wildcat in the game, even with the best accuracy-enhancing SMG parts you can slap on it, will qualify for the “Anarchy” title.

Now imagine you’ve got this Wildcat, let’s say it’s got barrel5 to maximize accuracy and stock5 to maximize recoil reduction, and we’re gonna slap the Vector accessory on it, too.

For the sake of argument let’s also say that we’re talking about a body5 (“HX”) Wildcat and let’s slap the best Dahl material on it, too.

Now can you remember the legendary Draco machine gun manufactured by S&S? Probably not, since the “Draco” title had such a low priority in the gear system that it would always get overwritten by another title such as “Massacre”.

Then this Vector SMG, which naturally qualifies for both the “Anarchy” and “Wildcat” titles, gets an “Anarchy” title.

Suddenly you’ve got a purple rarity “HX 540D Desert Anarchy” in your hands, firing 3 bullets per shot at the cost of 1 ammo, the accuracy went down to 44.0, the fire rate is still 16.3, and the clip size increased to 91.

Now you might think to yourself “hang on, why don’t we slap a Double accessory on it?” - which would give it an additional bullet per shot but increase the ammo consumption. To that I would say “No, that’s a silly idea” since, compared to the Vector accessory, you’re losing out on a lot of damage, reload speed, and also fire rate (it would go down from 16.3 to 12.5). Even in Gearcalc which does not take ammo consumption into account when calculating DPS (the higher your ammo consumption, the lower the time to empty a magazine, the more time spent reloading, the lower your effective sustained fire rate), you will end up with a DPS decrease - calculated with a proper DPS formula a Vector accessory will provide 42% more DPS than a Double accessory - and that is without taking the accuracy into account.

Fun fact, the only reason why all non-modded Anarchies have got a Double accessory is because, other than having a Wildcat magazine, there are certain criteria that must be fulfilled in order to get the accuracy low enough qualify for the Anarchy title:

However, the Wildcat’s magazine comes with such a big accuracy penalty that you don’t need to do any of these things to “artificially” make the gun less accurate. In fact, do everything to maximize the accuracy and it will still be low enough to qualify for the “Anarchy” title.

So now you’ve ended up with a decent damage SMG that fires 3 weapons per shot at the cost of 1 bullet, with a great fire rate, more accuracy than any possible Double accessory Anarchy, a stupidly large magazine, absolutely godlike recoil reduction. With just one simple trick, the undisputed worst legendary SMG in the game becomes arguably the best SMG in the game.

Here is a stat comparison for the following guns (all level 69): 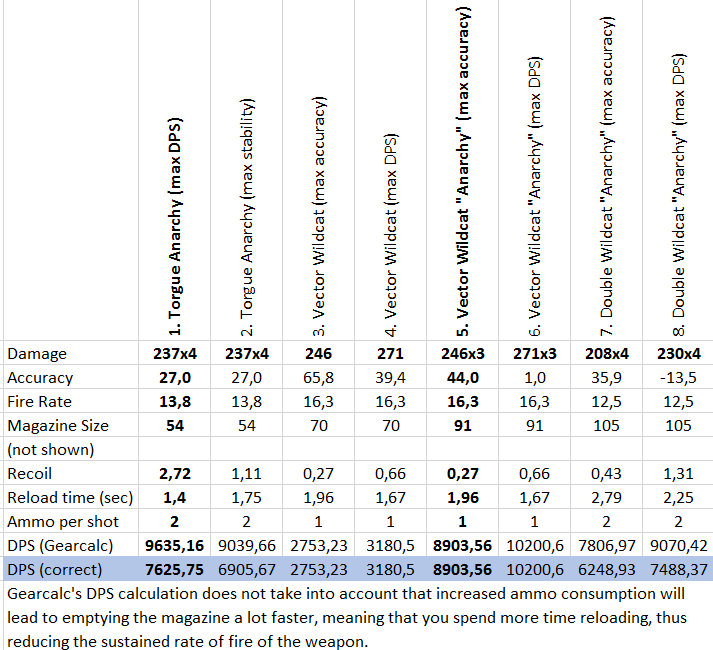 Here is the code level 69 variant if you would like to try it in practice: 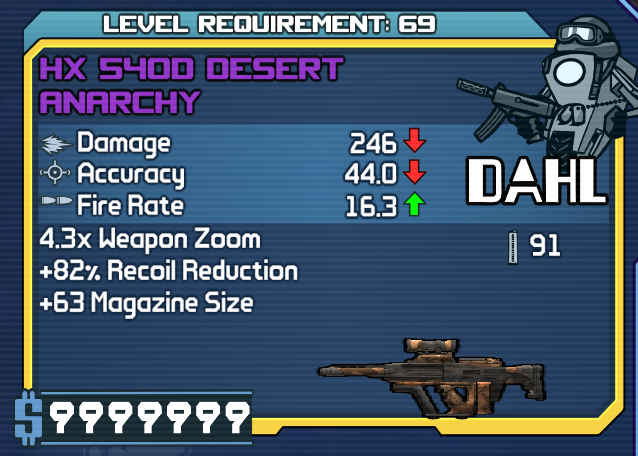 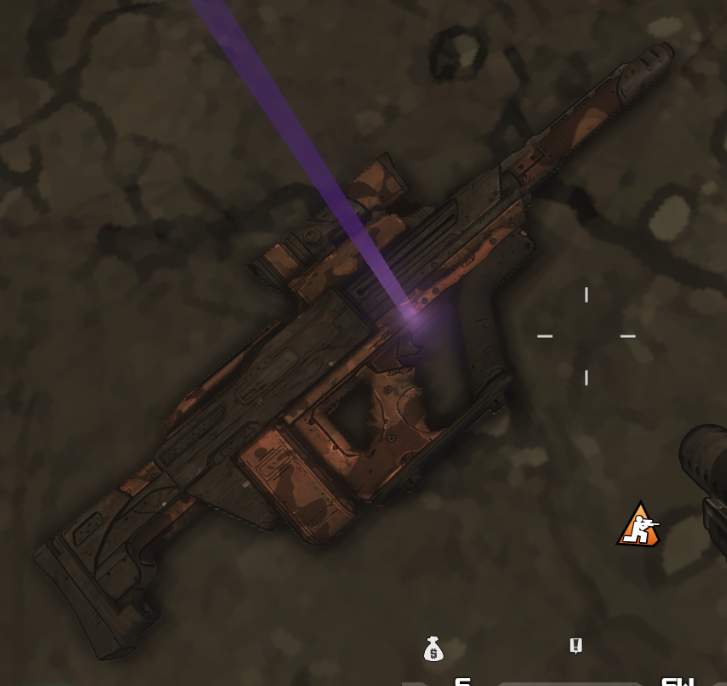 This doesn’t warrant it’s own thread, and we don’t want this forum to be a haven for hacked items, now.