So I just did the peak as maya on op1 now I’m in op2 I farmed for gear that was effective against the enemies I was facing in op1. Ya didn’t I get smacked in the face i beat it but was not ready for the loaders thankfully found an at level corrosive vladof AR right in the beginning, or I would’ve had a hard time. What kind of enemies can I expect to see in OP2-OP8?

In the Peak or in general? If the former, you’ll see Scorch, Doc Mercy, The Black Queen, OMGWTF, Saturn, and Dukino’s Mom. In general, you’ll see the same enemies as before, just at a higher level.

In the peak, I want ready for the loaders because I didn’t have a good corrosive weapon. Are there any levels of the peak that have heavily shielded enemies?

I don’t think shields are a problem. And it’s worth mentioning that the peak is goofy with regard to fleshy enemies. That is, they aren’t. No damage bonus for fire, no damage penalty for corrosive.

Wait so it doesn’t matter what you use as long as it’s not weak? For example:corrosive against shield, or fire against armor? So there’s no damage bonus in the peak at all?

Oh, I meant that marauders and skags and whatnot have NO elemental resistance or bonuses. You still want corrosive against loaders and (potentially) shock against shields, but I have almost never bothered with shock vs shields.

Ya but doesn’t fire hurt them more?

To the best of my knowledge any enemy in the peak with the word “Digistructed” in thier name becomes neutral to corrosive and fire(not counting immune enemies). All the wildlife and bandits get ths treatment but the loaders don’t. I have stopped taking fire into the peak as thier isn’t a single enemy weak to it, fire isn’t bad but it isn’t worth it if you have a badass shock or corrosive gun instead.

Wow I didn’t notice it, guess my good touch is getting sold time to start looking for another weapon. Is doc mercy going to be the next boss on op2 at that halfway point when you jump down?

Wow I didn’t notice it, guess my good touch is getting sold time to start looking for another weapon. Is doc mercy going to be the next boss on op2 at that halfway point when you jump down?

As for what to expect at DigiStruct Peak… 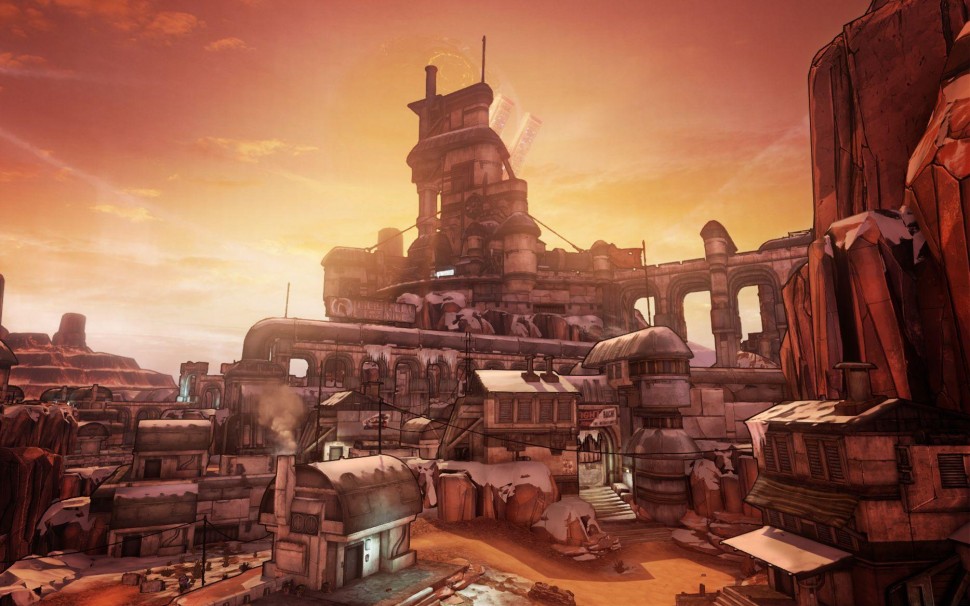 The Raid on Digistruct Peak

The Raid on Digistruct Peak is an area in Borderlands 2, added in Digistruct Peak Challenge. The mountaintop facility was created by Patricia Tannis and Lilith, after the conclusion of the main story, to serve as a training ground for the Crimson...

FYI, at some point in later OP levels (OP7+ ) you fight 2 Saturns at once with nothing to properly PL.

I wasnt looking forward to doing those 2 Saturns either. Luckily I have both Maya and Sal OP3 and may drag Maya along as I use Sal to blow everything up, cause that is what he does…
On another note, I actually use Maya to level Gaige and Zero from 1- whatever they are now…

So wait do they spawn before you jump down? Cause I tried doing that before with scorch not because he was to hard was just trying to see if I could do it actually thought the two SPR-TNK’s would spawn(didn’t want a rabid surprising me from behind like I did the first time and died) nothing spawned so I just jumped down no spr-tnk just scorch in his fiery glory.

So wait do they spawn before you jump down?

You don’t have to jump down to fight the two Saturns, they’re past the vending machines at the end of the ramp next to the two (three?) buildings before the exit. You can either stick behind the rocks or play hide & seek around the buildings.

Oh okay they’re not in the spot I was thinking of good to know that there is actually cover there, I couldn’t imagine fighting 2 saturns out in the open. Regardless I think I’m going to get myself a sandhawk(and hope it’s corrosive)and a bee shield to do that fight. Just so I know is he immune to DOT?

No, but he’ll wash slag off like it’s nobody’s business. If you can keep your Bee up, your Sandhawk should make quick work of them. Just watch out for their stomp attacks and missile barrages. Basically it’s the same fight that’s in Arid Nexus, just doubled.

If- (big IF) you are lucky you won’t get the dual Saturns- you’ll get the quadruple spider-tanks instead. (In Marcus’s voice) “Good luck!”