In the news section it was confirmed that Homeworld remastered still supports OpenGL, can you tell us what version please? Has it been upgraded from the original?

it was posted on the old forum But the graphics engine was written for OpenGL 3.3

I know this is a dead thread but I just want to know;
Why 3.3? Aren’t there newer versions?

I believe that 3.3 was within the range that cutoff the least number of users that could run the game on older machines. You can see from the (thankfully infrequent) posts where people have a laptop that can’t do OpenGL 3.3. Some vendors are not diligent in keeping their stuff up to date

So it’s for compatibility reasons?
Hmm. Thanks!

I’d like to point out that in the cases where someone has 3.1 it’s PROBABLY because they are using a laptop that has a integrated/dedicated card pair. In my friend’s case you couldn’t turn off the Intel card because it was the only one that had access to the display and would result in him being stuck at a BIOS default of like 640 x 480. What he had to do instead was go into his Nvidia control panel and force Homeworld to use the dedicated card as the primary display device. 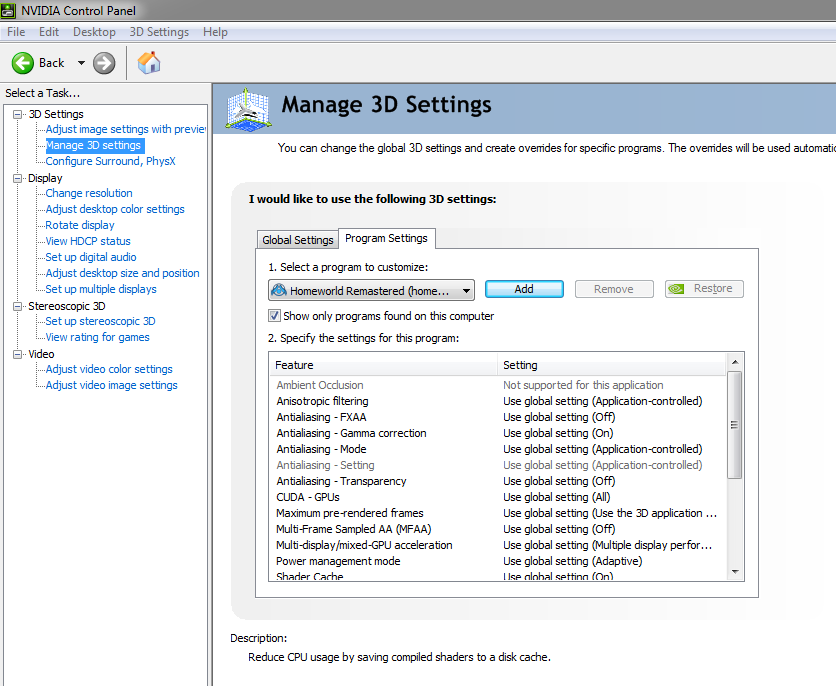 I only have integrated graphics. The HD4000.
Woe is me…

It is very much possible to run HWR on a laptop with HD4000. It took some fenangling iirc but I did get it working. Unfortunately I can not for the life of me remember what I did/had to do to get it working but I just google-warriored it.

I know, it works perfectly. It’s just I have to completely disable AA among other things to get it to play at 60fps 1080p.