Unlocked a taunt for Whiskey Foxtrot.

Maybe they can find love in that crazy end-of-the-universe thing happening? Just maybe…

Holy heck. Will my dream couple be together at last?

Dont get your hopes up too high.

I think Whiskey has a thing going with Deande. At least there is a voice over on Void’s Edge, in which WF tells the Wolf Sentry that he is going out with Deande tonight.

And I think he mention her sometimes, when he kills a thrall?

Poor Oscar! But at least he has Montana to offer him some comfort. : )

I love all these hidden character details in Battleborn. So fun and adds alot of flair to its protagonists.
Whiskey Foxtrott is just hilarious so far and looking forward to discover these thing while playing more of each char in the time to come.

What I really enjoy is that there is even just the hint at relationships between the different characters, often buried in odd places and dialog. Makes it fun to uncover since it’s not a major part of the general gameplay experience. A lot of ‘huh? what did they say?’ and in this case - I screenshotted a fast, spinning picture just to see what the heck it was.

Well to me it more of this is my hero kind of love. Oscar is a young new clone with a lot learn. While Whisky is older, wiser, and more experience clone. Whiskey is consider a legend and Oscar Mike is like a fan.

Ah, yes. Because fans regularly ask their heroes to ‘be mine’…

Nah. Oscar’s got a crush.

There’s loads of lore in the taunts and combat lines, I feel, which reveals much about the Battleborn. I’ve had quite the ongoing facepalm at those who don’t realise that Aurox has a healthy respect and admiration for Shayne, that he even cares about her. It shows in much of their combat lines and their taunts.

It’s silly to think that what you can know about them begins and ends with their lore. There’s even a lot you can learn about ISIC by playing The Algorithm multiple times and with different characters. Such as a conversation between Kleese, El Dragón, and ISIC about what happened in the period of time after the Magna Carta went down and ISIC began working on his new project.

Apparently, ISIC went through a rather goth period where he wrote a whole lot, which helped him regain some of his sanity. After which he did some pro-wrestling, where he ripped a certain someone’s arms off. And after that, he concluded that the Universe was a terrible place that needed to be shut down.

So there’s a lot of lore in the game that goes way beyond just the lore unlocks, yeah! You can only really have seen/heard all the lore by playing all the missions multiple times with different character configurations and having unlocked every taunt there is.

Actually I know it’s very slight in his lore but he does state himself and Oscar need to stick together. Not only that. He signed it with XOXO or Hugs and Kisses. Could be just a letter thing but who knows.

Still though, if you zoom in on the sign it’s very teasing that Oscar loves Whiskey like… a lot!

I don’t think that Whiskey loves him back though, and the way he signs it seems more like he just try to humor him.

The conversation between ISIC and Phoebe, lol!

Here’s one I have complete confidence in… the Ambra/Galilea/Alani lore breadcrumbs all lead to the conclusion that Ambra typically falls in love with vengeful, powerful women (her cherished “hellraisers”) but is never loved back.

Centuries before the events of BB, she fell for Galilea, probably unrequitedly. Galilea thinks of Ambra as a friend, but is also aware that Ambra saved her as an “act of love”. It’s precisely because Ambra loved Galilea that she can’t forgive her now, whereas Galilea wants to make friendly overtures (via Ghalt). Defection is forgivable - even Ambra is a traitor to the Jennerit now, after all - but heartbreak isn’t.

Much later, Ambra by her own admission was transfixed by Alani, who reminded her of Galilea - a comparison she was unable to explicitly admit before Ghalt, because it’s far too revealing. Ambra even gave Alani a coded love token (a ribbon from her cloak.)

However, Alani hates Ambra, and understandably so.

So Ambra is a romantic queer woman whose antisocial, aloof manner belies a string of tragic infatuations. If - and this is just conjecture now - she was also in love with Lenore, Ambra has a history of losing the women she loves. I would suspect she largely hides those feelings, avoids intimacy, and may crave tenderness but is also terrified to show it.

It’s kinda beautiful. It’s getting to the point I need to fanfic her up a happy ending…

Given that Whiskey is using that picture as target practice, safe to say there isn’t anything there. Whiskey and Deande are canon in Whiskey’s lore.

When I first saw it, I always figured the photo was sent sarcastically. It is hard to tell, though.

All that about Ambra is interesting. Kind of a shame some Battleborn don’t really have lore to compare. Attikus doesn’t have anyone else referenced in his lore except a token comment from Ghalt, and I don’t think anyone else’s lore mentions him.

Given that Whiskey is using that picture as target practice, safe to say there isn’t anything there. Whiskey and Deande are canon in Whiskey’s lore.

I only ship hate and loathing. And gay. No canon can stop me.

What the hell is attractive about Whiskey? He looks like Skeletor. 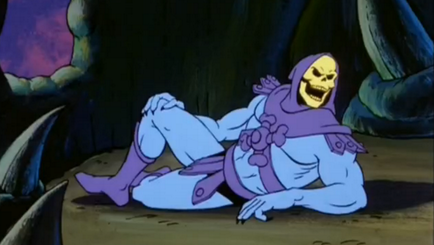 Oscar needs to remove his helmet so he can see.

Everything below Reyna’s waist is YUM. Other than that, none of the Battleborn are all that hot. Besides Imaginary Kitty of course.

Phoebe might have some goodie goods under that dress, but we’d never know it until maybe the T3 skins come out.

I’m not sure Oscar is capable of sarcasm. He’s so innocent and genuine. Loves Montana, dangerous crush on Whiskey (keep in mind Whiskey’s lore demands mass murder of OMs), terrified of spiders, and presumably writes poems about all of them. The man is adorable.

That was the first thing I thought about Whiskey - “OMFG its Skeletor with a gun!!!”

@hattieinduni totally agree with you whole post. I thought I´d dislike Oscar, but after my fiance completed his lore he´s nearly my favourite personality in BB!

This kind of stuff.
Is why I would like there was some SFM models of the characters
then people could make their Oscar Mike and Whiskey Foxtrot shipping a reality.

but apparently nobody care enought to rip the models from the game.

OM has, at very least, massive respect for WF.

When they run across each other on the battlefield, OM refers to him as a Living Legend.

I got your back bro. Cause same.