I’m not using word “kid” as an insult. It’s a fact that Overwatch is targeted to younger audience with it’s aesthetics (Blizzard even deleted one of Tracer’s poses as being too sexual). It’s something different to Battleborn that was re-designed (with beep-sounds and in-game censorship) to sell adult-themed stuff to younger audience by lowering it’s rating to “T”.

I just played my first couple of games of overwatch…
I sucked to say the least, haha…
Battleborn and Overwatch are VERY different (to me, at least)…
But, it was a lot of fun… And the load times super fast, going from game to game in a couple of seconds…
I will definitely be back to play some more…
It fits right into the means of ‘just one quick game’ when you have a limited time slot for playing…
So… I’m enjoying it thus far…

And in regards to Tracers’ pose being removed for being too sexual, I don’t think that was the case…
The feminists out there wanted it to be more than just about ‘butts’…
Basically how most female characters aren’t taken as seriously as male ones (dudes in full sets of armour, women in skimpy barely there armour)…
And Blizzard listened to those feminist complaints, and altered her pose… Slightly.

I wouldn’t say from how the women are depicted in this game, that it’s in anyway child like friendly…
Too much ‘pop’ in certain places, haha…
But yes, certainly not riddled with the swear words of BB…
So kids could still get into it, and not get too carried away with the ‘bleeps’.

I’m getting bored of seeing the word “Overwatch” on the BATTLEBORN forums. Even though you’re saying it “might help BB”, somehow I don’t think that Battleborn gets half as many mentions on the Overwatch forums.

That being said, I played maybe 3 games of Overwatch. The game is great fun, when it works. I was booted in about 20 seconds whilst looking through the characters to see which one took my fancy. I got migrated within 2-3 minutes of my second match, and I haven’t played it since. Nothing to do with the game, it’s purely because DOOM and Diablo 3 have been taking up my gaming time.

I will definitely play Overwatch again, as well as Battleborn. But, I really don’t think it’s the “Battleborn killer” that people have been talking about.

But, I really don’t think it’s the “Battleborn killer” that people have been talking about.

I have to agree, and I don’t think it’s a Battleborn VS Overwatch thing…
There is just so much choice in the gaming market at the moment, with other big players like Doom and Uncharted4 for example…
I think players gaming attention in general is really divided at the moment…
So many games… which to play… Which to play?!
Hmmm… Why not them all (sending me broke…)

Well I have to said that your experience is quite different to mine then, the quality of the matchmaking plus the wait times are getting a lit bit worse (longer) , specifically if I play with some friends and queve together.

I’m going to double check the solo queves and not to be a dick or anything, but as far as I know short should be lower than average.

This is my opinion, too. They’re targeted at such different audiences that I can’t see an Overwatch player coming here and being happy. I think that just being Battleborn it’ll draw in more people as it goes along. Word of mouth will do its thing and more of the kind of person who’d enjoy what Battleborn offers will show up.

I’ve said it before and I’ll say it again: Marketing doesn’t work for a game like Battleborn and it’s community. It didn’t work for ESO. It’s looking at things the wrong way. Instead, you want to get word of mouth going. And to do that you need to encourage creativity amongst the players. ESO has had the right idea, it’s focused far less on marketing and more on developer talks and art competitions.

If you want to draw in my kind of person, that’s how you do it. You have people talking about what’s going to happen in the game, what they think about what the community is saying, along with running the odd art competition to create media. Every time Battleborn art turns up on Tumblr, you’re getting someone interested. And you’re doing it without excessive marketing.

No media saturation, no slogans, no hipster PR people, no nonsense. Just encourage creativity, stay in touch with the community, and do factual dev videos keeping everyone up to date on the state of the game and what’s to come.

I live in Europe and play on Xbox (which isn’t much efficient combination as PS4 is absolutely dominating in here), majority of times teamed with my wife (splitscreen). Week or two before we were waiting several long minutes to find a match, now it usually takes under a minute on any playlist.

I think in the long-run yes, or at least for the genre of hero-shooter. However, OW can / could have killed Battleborn.

Frankly, I think there are too many Blizzard fanatics to see the other side unless it’s a game genre that is not covered by Blizzard.

Literally, Blizzard could have a near-monopoly on PC Gaming if they got an investment to expand their operations based purely on the polish of their games and because of how obsessed some of their fans are. It’s rather bizarre.

Ana it is quite clear you don’t know what you are talking about as it was very much that tracer’s pose was viewed as being to sexual. 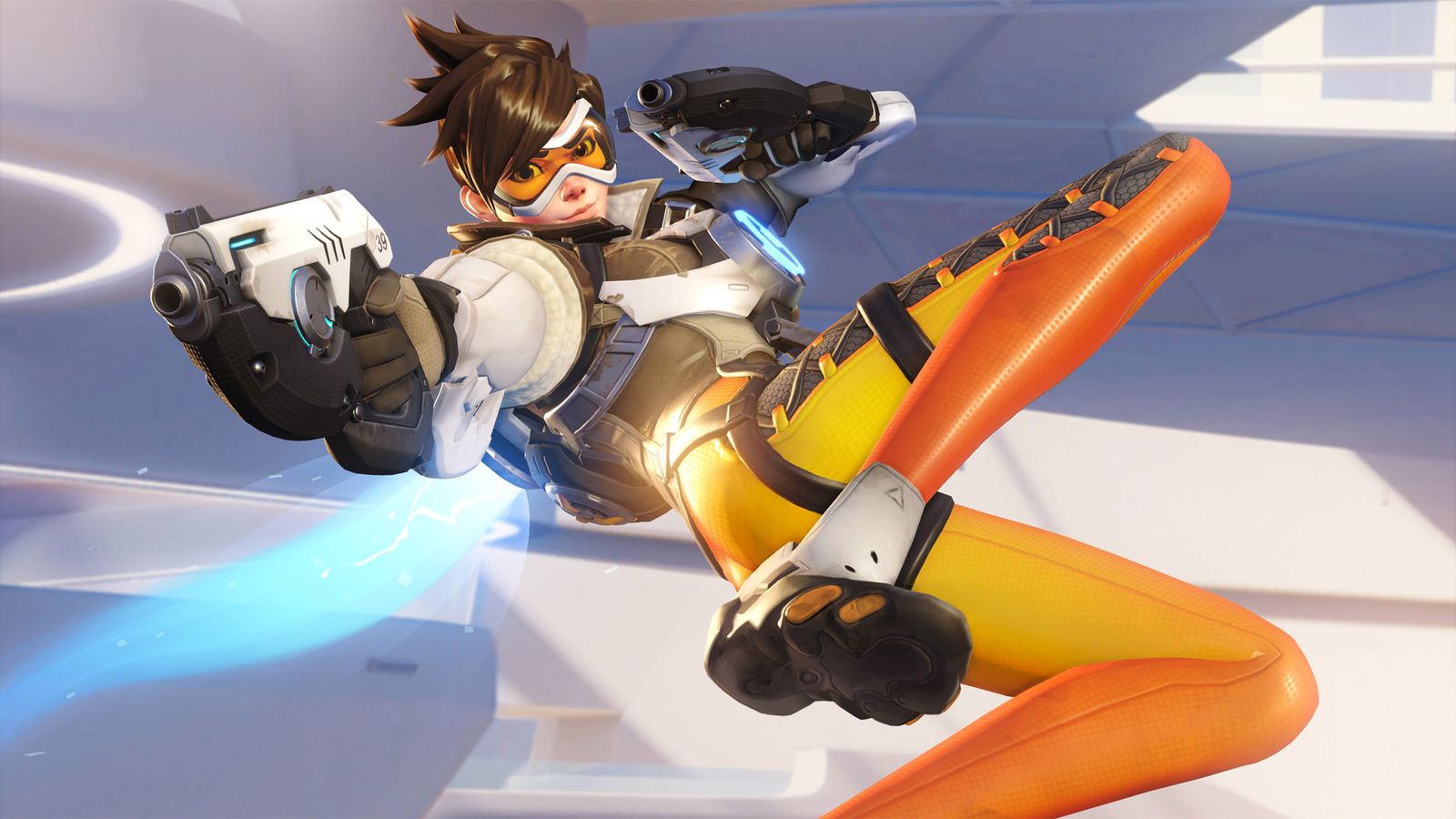 So it’s okay to kill each other but don’t do a sexy pose… The world is insane.

Shhh… you’ll break the matrix with that kind of logic…

Yep, the violence is fine but the world has a huge problem with even the slightest bit of sexual appearance, except Japan which has a more open mind on these things. Did you know that a lot of the games that come from Japan get edited quite a bit? The west covers up even the slightest bit of cleavage that is shown or puts short underneath skirts even if they are semi long ones as you might get a panty shot. It’s sad really.

But this is getting way off topic, my personal belief is this game will do just fine and people that think it will die because of overwatch need to look back at any argument of a game killing another anday realize none of them have ever happened.

Sale or discounts aren’t the same thing as permanently lowering the retail price of a game.

Alternating between both currently and I can see this happening. They are completely different games but as fun as Overwatch is , it’s a real bare bones game that will get stale for some after a while. The grind for coins to unlock new skins ,taunts etc, is set up like a f2p game where paying for loot packs give you a better chance. I’ve played hours of Overwatch and currently a level 19 but still haven’t gotten enough coins to buy a single legendary skin.

Imho Battleborn just offers more and I agree with the OP. the “hero” angle that both are taking will pull a few players to at least give BB a shot.

Also , MOBAs always take time to catch on vs an arcade shooter and that’s mainly because it’s hard to accurately describe to someone who isn’t familiar with the genre.