Grenadey explodey goodness looks to be on the horizon! Obviously he’s got a grenade launcher. Why is there an antenna on the muzzle? Guided grenades or detonatable with a secondary trigger pull?

Is that an egg, a bomb, or both on his back? Looks like some kind of catapult launcher for whatever it is. 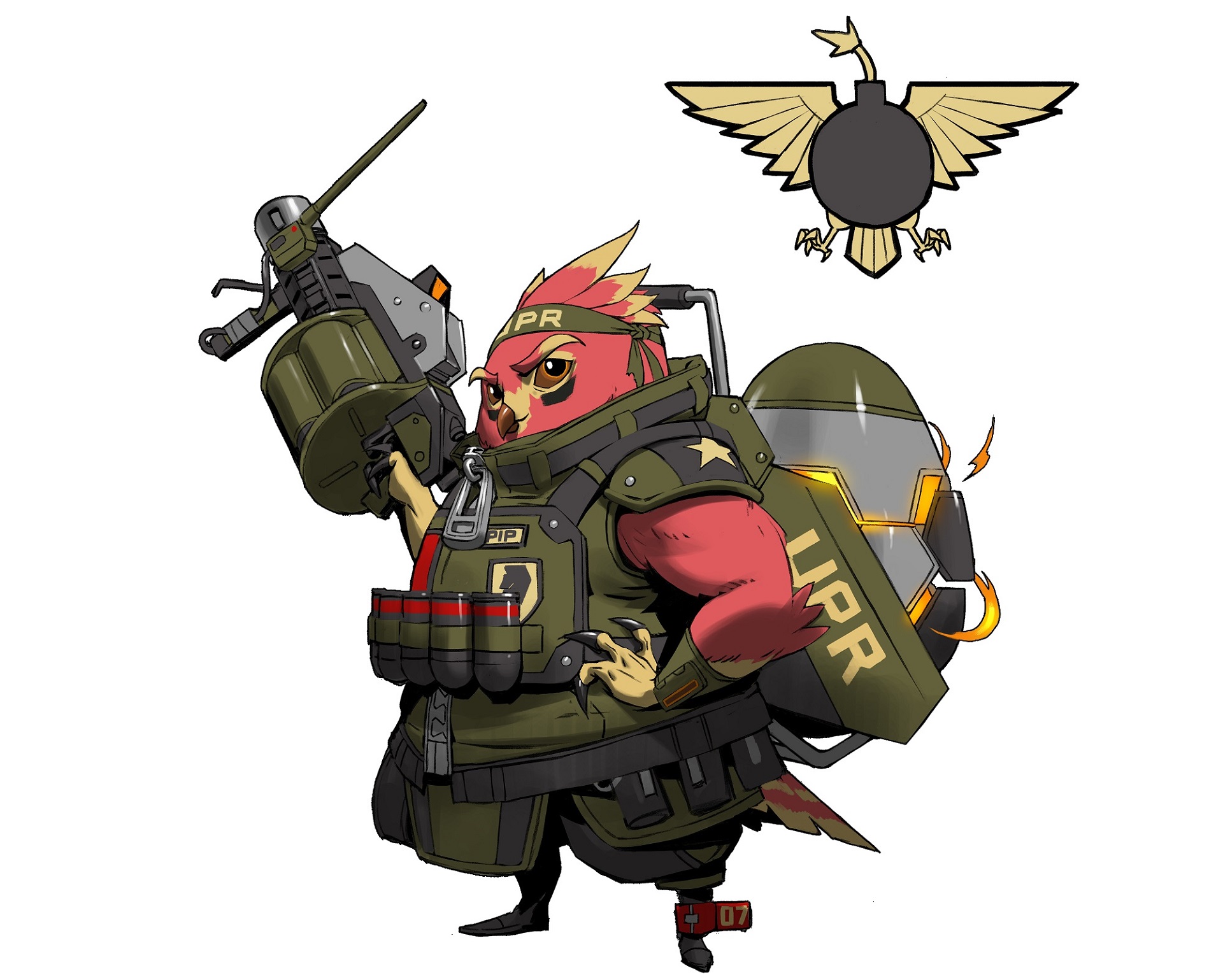 Its all equals to chaotic fun!

Love the look of this Battleborn, may actually push me towards getting one of the new characters

the gun will probably shoot in an arc like OM’s or Whisky foxtrot grenades. I’m guessing the giant bomb is part of his ultimate. Probably able to leave it some place on a timer or you can detonate it.

There is so much to love here. The leg tag is a nice touch.

Ernest continuing BB’s trend of tiny feet. I wonder why he has feet and not talons like Benadict or flippers like Toby.

I think Pendles Schmendles should be his canonical full name.

Zero interest in Pendles, but this guy looks like fun.

I’m betting my future children that that bomb on his back is an atomic bomb that deals 58,000 damage. I’m usually pretty great at predicting things (I predicted Pendles would be released on July 23rd, an entire week earlier than predicted) so I’m feeling good about my odds.

I was uncertain until I heard his accent. Now I barely play anything else.

But yeah GIMME MY GRENADE CHICKEN.

Is that an egg, a bomb, or both on his back? Looks like some kind of catapult launcher for whatever it is.

It’s definitely gonna have something do with Ult - if I had to guess I’d say it’ll be launched like a catapult, travel slowly enough that people CAN get out of the way, but if it catches you? Goodbye Battleborn, hello pile of thermonuclear ash.

I thought this too until I played him. It’s fun style.