Phoebe and The Heart of Ekkunar play through 10!

I’m now eagerly awaiting the announcement of a second season pass! I didn’t say anything before because I wasn’t really certain, but there were two things that lead me to believe there would be one. The first was the fact that Montana and The Demon Bear centers around NOVA going on an away mission to try and find an empty body for her processing core because she’s tired of waiting for Kleese to make her one. It’s well known that she’s a very popular choice for the next LLC Battleborn, and this only feeds that already roaring flame of NOVA hopefuls. Why tease it so much in a DLC knowing it’s so popular if there were no plans for it?

The seconds could have been me over thinking an honest mistake or verbal slip up, but I latched on to it none the less. When speaking of this op in the reveal stream, at one point they refered to it as "the last op in this set."
At the time I wrote it off as possibly a misspeak, but I held hope that it was an intentional hint.

Then, after fans endlessly speculated that The Empress would be the Jennerit Battleborn only to receive Beatrix (but she’s one of my favorite Battleborn so I’m totally cool with it,) we thought all was lost!
ENTER RATH! Distraught at his ultimate failure to protect the one thing in the universe he was meant to protect, his desperate ramblings about pulling his late Empress from the veil might have simply been him hoping for the unachievable!
BUT WAIT! Let us not forget the conversation between Rendain and Deande in the prologue in which she curses him for killing her Empress, and he chimes back with barely veiled (see what I did there?) hints that she’s in fact alive!
Jennerit Battleborn #7, anyone!?

Coupled with the final cog in the machine, I can’t help but bubble with excitement! And here’s the spoiler we’ve all been waiting for, my fellow Battleborn!

I hope you brought your baddy stompers, cus we’ve still got a great big baddy butt to kick! And if my suspicions are correct, THE BIGGEST BUTT DOESN’T BELONG TO RENDAIN OR THE VARELSI!

Was the thing that pushed the Aztanti back through the veil and prompted them to destroy their own civilization the very Varelsi we’ve fought for 20,000 years, or is it instead the thing that’s scaring the Varelsi through the void and in to our solar system…
Shut up and take my money @Jythri, I need more of this game!

Yep, I’m so hyped. Thanks for not giving up devs. Now to solve those easter eggs

@RedX As awesome as that will be, and I hope it happens eventually, I think I’d prefer them to just keep adding to Battleborn for a while. It would be better for them from a financial standpoint, as it takes a much smaller team and much less time/money to do DLC as opposed to doing an entirely new game. This game has such a great potential for longevity that I’d hate to see them use the phoebe ending as a Battleborn 2 teaser instead of a Battleborn Second Season Pass teaser.

I just finished the 10th run.

This image sums up my reaction pretty well. 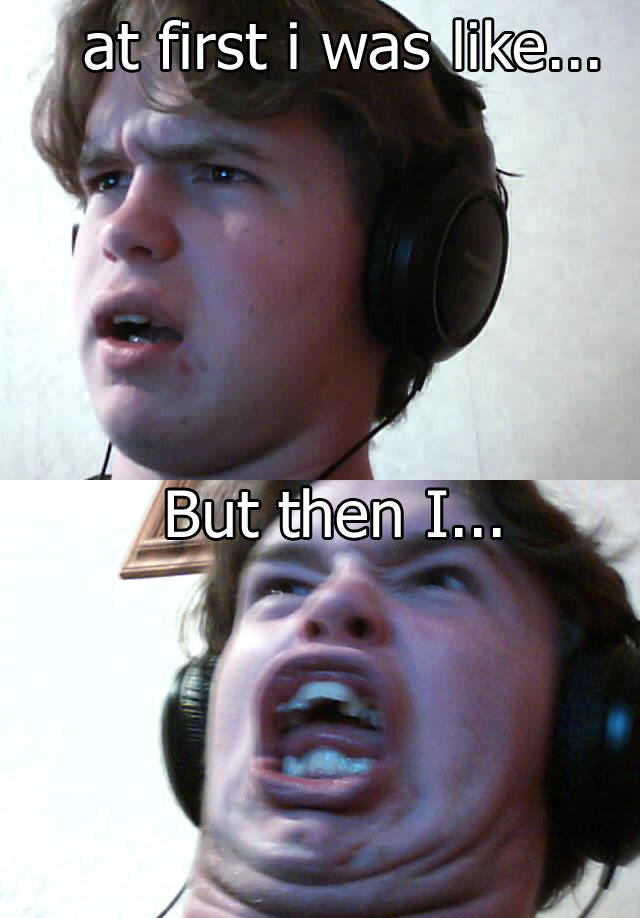 Yep, I’m so hyped. Thanks for not giving up devs.

@SageWindu I KNOW, RIGHT!?
The entire thing was so good. I loved the tiny little nibbles of hints they gave us! The story was fantastic, and I loved how rammed full of Lore it was.

Let me get this Lore theory train rolling!

My speculation is that the Aztanti breached the veil and not only found the Varelsi, but they found something even worse. The Verelsi asked for help, but rather than risk their universe the Aztanti closed the veil and devolved themselvs in hopes that they could avoid whatever was plaguing the Varelsi. I’m assuming they were operating under the hope that their race would with time re-evolve but never reach the tech that allowed them to bore another hole in the veil. But the Varelsi found a way to break back through in to our universe. Since we didn’t help them, they’ve decided to black out our Stars so they could survive in our universe and flee theirs from whatever horrors await them in their home.

I hope after what happend that Rendain can have a nice little talk with the BB.

That should answer a lot of question.

Also… I kind of were thinking after they mentioned Lenore that it would be an enforced happy ending if she comes back and everything is fine.

And THEN the Thrall Captain was triggered when Rath said “Rendain is Dead”… so in that moment I thought “Well… is he?”… but that he would come back, that was a real surprise. I thought maybe a super big Monster, or maybe a cameo of a Boderlands Character.

I liked how after all that happend he just said “Hi”.

Maybe he’ll be part of the BB crew in the Future.

I really and sincerely hope there is a second season solely for the fact that I need to know what that ending meant and i’d rather not read it through the battleplan.

i know jythri has spoken about (and did refer to it as a second season basically) and that they wished to do it and alluded that it would include both DLC and new characters.

I also feel like they haven’t really solved the whole issue of “there are no more stars” and the unavoidable heat death that is coming pretty soon. considering the Jennerit has heliophage tech, ambra who can create and control suns, and some of the best and brightest LLC minds, it’s not a stretch that a true and final DLC would have them basically “restarting” the universe or rejuvinating the dead stars

THIS RIGHT HERE!
I’ve been telling my friends I hope that season 2 is
LLC: NOVA
Jennerit: Lenore
Rogue: A Varelsi summoner type character

Now I’m hoping that the Eldrid ends up being a dormant Aztanti or something.

UPR… Idk. Give some random bird person a gun and I’m pretty sure I’ll love it. lol

imagine claptrap falling out of the portal…

I was actually expecting an BL cameo in the end too, but Rendain excited me even more. I’m hoping that in season two they keep alluding to the universes being connected, but never confirm it. Then, when BL3 comes out, one or two Battleborn could end up making an appearance like 3/4 of the way through the game and it would floor every fan. You know we would all freak. I’m almost certain they’ll link, and I really hope they do, but timing will be everything. Will it end up being perfectly timed and Legendary, or will our lovable friend CL4P-TP derp into the BB universe and ruin everything like a poorly timed fart. lol

I liked how after all that happend he just said “Hi”.

That was so perfect. They couldn’t have executed that any better. I lost my sh** when Rendain dropped.

I want playable rendain (and magna carta!) which doesn’t really allow for 1 from each faction. unless there was some shifting where the magna carta actually turned into a big hippy and is now an eldrid. I always thought having lenore or rendain be a rogue would be an interest lore point as I love the idea of characters changing factions like Gali did. Maybe let the varelsi turn into the ultimate UPR soldier

@Moosicus I feel like the only faction that would take in a Varelsi would be the Rogues. lol
Something tells me Ghalt would not be cool with housing a Void Walker. >_<

Big BIG maybe on the eldrid… would make sense to have an aproach to a Varelsi without shield but Health Regen, and if it’s an Varelsi helping the BB it might count to them… but only maybe.

Idk. I feel like even the Eldrid wouldn’t accept a Varelsi. I also don’t see the Jennerit defectors accepting one after the whole “killing their Empress and toppling their empire” thing. lol
And LLC wouldn’t make sense for obvious reasons.
The only ones I could see taking a Varelsi are The Rogues. They love them some abominations. =]

Can already Imagine Orendi being super pumped about that new team mate and the Varelsi being like “Gosh, won’t this freak ever shut up?”

I was hoping the Varelsi were running from Vault Hunters!