I know all of that but beas sniper can already pen enemies. What I want to understand is how double d functions in with her already pen shots. Would it hit 2 people lined up before richocheting? Cause if it doesn’t I would prefer the plague rat for easier tagging exp

I would have to think that all enemies hit spawn a ‘second’ shot. If not, then it’s only the first enemy hit.

Edit: Upon testing in the Dojo, it does 50 damage in a really strange radius that doesn’t scale with Attack damage or Skill Damage. (Wasn’t hitting minions right next to the target, but was damaging minions further away.)

Double Dose starts at 50 damage for the second shot, but does have scaling damage with level/Attack damage. It seems to only ever spawn one dart per shot fired, I believe. (Hard to test on the Dojo minions though.) It also applies the wound, I believe, though not the DoT.

Double Dose. Always Double Dose. You get better wave clear and it synergizes extremely well with her life steal.

I am not saying plague rat is straight better or the superior choice but before I have a firm grasp of Double D I am reserved to say that’s it’s just straight better than plague rat. If it hits 2 targets and splits into 2 extra shots it’s definetly way better

Alrighty I checked it out. Did you see if Double D was penetrating 2 targets and then richocheting into a third? And the richochet dart does basically half dam of the original with no infection trigger but a wound still? I will note that I personally didn’t see much difficulty infecting a whole wave with plague rat when using it in incursion

I tried, but the minion waves in the Dojo spread out so they’re not in a line, which makes it harder to line them up.

Also hard to tell because the screen in fairly cluttered with stuff, and my sights has to recover from the recoil of the scoped shots, not to mention because the shot penetrated, you can’t judge accurately based on damage, thanks to her DoT that affects all pierced targets.

Ok. Thanks for checking that stuff. Makes me think that the 2 skills (despite the potential inconclusiveness of the testing) seem to be relatively equal to each other with mild differences of performance

“Plague Rat” is a good choice if you have picked as the 1st upgrade “Vector Borne Transmission” and give Patient Zero to an ally with AoE capabilities (as Infection also triggers on abilities then). Also it is a better choice for PvP types with waves of minions as it hits multiple enemies.

“Double Dose” is by my experience best in Capture-Mode as the number of targets shrink, which makes the benefit of the upgrade a lot higher.

Mmm. I also don’t know how new projectiles and piercing works. It makes me question how piercing volley and splinter would synergise. Also, offtopic but I wonder how instant pillars and preamble of pain together work

Aww, that’s sad. Do you know if the Encore pillar also recieves nihilism’s effect? That would also make it only half useful with Encore

Addendum; PoP does do damage if you go with the instant SFP, it’s just about half the damage it would be normally.

And yes, you can use SFP, Nullify, and then get an instant SFP with Nihilism.

Ah, so you can’t nullify then instapillar twice with Encore?

Yes, if you Nullify, wait for the cooldown, Pillar, then Nullify again and pillar again. (The instant pillar doesn’t have a time limit, as far as I’m aware, so you can hold onto it until you need it.)

As some others have mentioned, Double Dose has great synergy with Beatrix’s lifesteal. With the increased attack speed while hip firing, you can mid-range attack bulkier targets such as big bots also tagging and killing minion bots. With this method you can also stay mobile (and be more effective mid-range) instead of sniping down an alley.

I don’t understand Why SHE gets Penetrating shots if zoomed.
@Jythri is this a bug, As I don’t see it listed anyware, and it would make sense if it breaks due to doubledose, or is it intended? It is a bonkers effect, as it Wreaks Toby and anyone with a sheild.

Well, from what I’ve seen with characters with a shield, and Thrall Brutes, her scoped shots don’t actually penetrate their shield. The wound/DoT still apply to the character though. Could be wrong, as I don’t really take the time to interview my enemies about how much my attacks have penetrated them.

Did you see if Double D 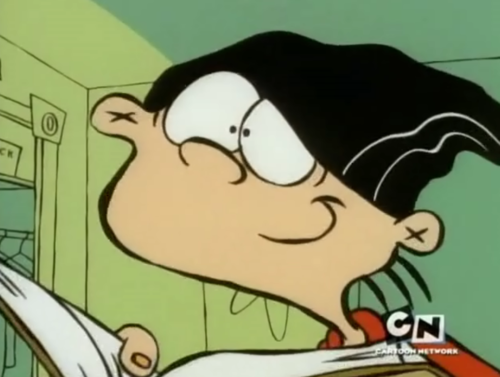 Yeah. I kept saying it that way for fun. God I loved that show…