Ah what the hell. ■■■■ posting trifecta

Old guy confuses vaccine website. That surely is a sign of dementia far worse than not knowing which country one just bombed, ain’t it?

Nice to see that the election loser remembered the ‘most beautiful piece of chocolate cake’ at least.

The Pentagon has said it is tracking a large Chinese rocket that is out of control and set to reenter Earth's atmosphere this weekend, raising concerns about where its debris may make impact.

Huh. I thought the Chinese had better control of their rockets than this - they usually have them crash on bits of their own country they don’t value as much. (And yes, those bits are none the less inhabited.) I wonder if something went wrong after it had dropped the space station segment in orbit? Given the number of modules they’re planning to send up, this is a little concerning.

And yes, those bits are none the less inhabited.

That may depend on the timeline. If one checks before the rocket crashes the area may be inhabited. After is another thing entirely…

Hyperbole, I know, but concerning anyway.

Bear in mind, it’s not a satellite if it slows down.

And pray it comes to serve man.

From the things mentioned in this article, Alberta is definitely in the running to be Canada’s Florida (assuming it hasn’t already seized that crown):

Kenney says after death threats he wants to make it clear — 'extremists are...

Premier Jason Kenney says he is making it clear to his caucus that anti-public-health extremists are not the United Conservative Party's base, after receiving death threats from members of that group.

So, are there any penalties liable if the US AG is found be federal judges to have lied not once, but twice?

The waters there are looking very murky: the document claimed by Barr as confidential legal opinion on whether or not Trump should face obstruction charges (from the Mueller report) has been ruled as not privileged, and to be released as per several FOIA requests. This after another judge had previously ruled that Barr’s released summary mischaracterized the content and findings of the Mueller report.

When judges start throwing words like “misleading” and “disingenuous” around, you know they aren’t happy. 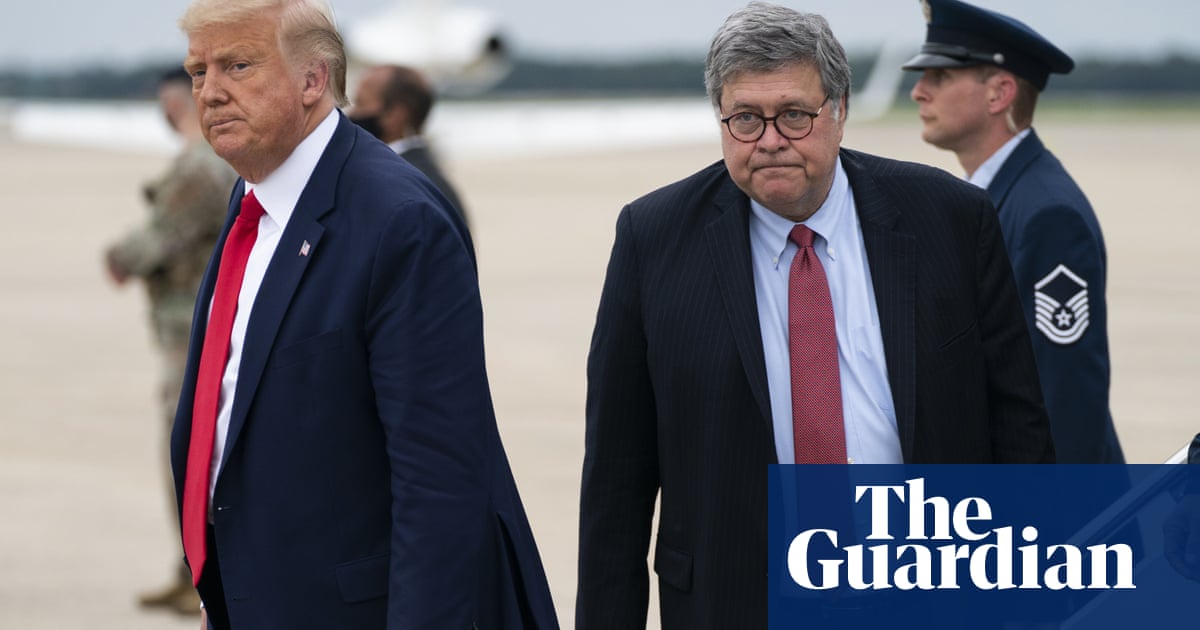 So, are there any penalties liable if the US AG is found be federal judges to have lied not once, but twice?

Not if the GOP has to say something about it. Accountability isn’t their forte…

‘Malfeasance in office’ may be applicable here, but that’s just a hunch (wrong country

When judges start throwing words like “misleading” and “disingenuous” around, you know they aren’t happy.

I’ve said it before, but the sheer scope of criminal activity in the Trump administration is so great that if anything was to be done about that, it would effectively merit its own task force. That said, behavior like Barr’s actually isn’t something I’d expect to wind up prosecuted even in that case. I’m not even entirely sure what he did here was illegal, as I don’t know if what he wrote would count as say, lying to Congress. It’s one of those things that might be a crime, but even a normal administration might get away with it.

Seems like a great time to expand on the Cascadia idea. BC secedes and joins WA, OR and CA….might as well take Idaho and Nevada while we’re at it.

The rest of Canada evicts Alberta to be annexed by Montana, to be a part of….how about we call it “The Big Range” : WY, UT, AZ, CO, NM, TX can all form their own country so they can quad all over each others’ ranches eatin’ beef, shootin’ immigrants and exercising their Rights and Freedoms to lynch their tyrant government officials.

You wouldn’t like Idaho politically Jefe. I would admittedly be amused by the rest though, the west coast has basically its own culture frankly. Albeit it diverges at points you might not guess (eastern Oregon is more like Idaho, and Nevada is kind of its own thing).

Then again, even the west coast itself has a lot of weird divides. Basically you could group it into SoCal (unpleasant, kind of like New York city unfriendly in some ways), NorCal/Southern Oregon (hippies be here), Portland (more pleasant than SoCal), and Seattle (still better than SoCal, but less than Portland and a bit trashy).

Seattle (still better than SoCal, but less than Portland and a bit trashy)

We prefer the term “stand-offishly affectionate.”

Funny enough, whenever I meet people from overseas who have visited NYC they always tell me how friendly the people here are. Rare are the times when I hear that our reputation for unfriendliness in the USA carries over international borders.

It’s probably a side effect of the shock travellers experienced when they encountered US customs and border folks at the airport - compared to that, a hungry alligator would seem friendly.

I think in JFK and LGA we might have slightly less nasty, almost friendly, border agents. Coming back from Mexico (in 2012 or so, could be different now) I came through Houston, and those border agents were nasty to everyone regardless of passport. Comparatively the counter in NYC airports looks, sounds, and operates, like a hotel reception desk.

So returning to an earlier topic dear to the heart of @Arsonist at least, it’s starting to be clear just how desperate the major US ISPs/Telcos/Cable companies are to maintain their effective monopolies:

(T)he NY AG said it “found that millions of fake comments were submitted through a secret campaign, funded by the country’s largest broadband companies, to manufacture support for the repeal of existing net neutrality rules using lead generators.”
…
“The broadband industry could not, in fact, rely on grassroots support for its campaign because the public overwhelmingly supported robust net neutrality rules,” the report noted. “So the broadband industry tried to manufacture support for repeal by hiring companies to generate comments for a fee.”

And that’s the Broadband for America industry group, comprising the usual suspects: Comcast, Charter, AT&T, Cox, and CenturyLink, along with trade groups CTIA—The Wireless Association (of which Verizon is a member), NCTA—The Internet & Television Association, and the Telecommunications Industry Association.

Of course, they all have plausible deniability as the BfA contracted third-parties to do they lobbying, and it was those groups responsible for astroturfing the submitted comments using people’s identities without their knowledge or permission. But the BfA paid for it, and that money came from those companies.

Not all the fake comments were opposed to net neutrality, though note the final sentence in the next quotation:

Overall, nearly 18 million out of over 22 million comments “were entirely fabricated, and did not reflect people’s real viewpoints, with more than 8.5 million of those comments using the names and personal information of real people without their knowledge or consent,” the report said.

While the numbers of fake comments were roughly equal in “supporting” or “opposing” net neutrality, the NY AG report said the broadband industry’s campaign to generate fake comments opposing net neutrality was unique in that the “campaign organizers ignored red flags of fraud and impersonation.”

Interestingly, despite all the red flags, complaints, and publicity surrounding fraudulent comments at the time, Ajit Pai went ahead and demolished net neutrality despite 98.5 percent of genuine comments being opposed to deregulation.

That’s some massive chutzpah, there.

Honestly, more concerned with the result of this, Pai was going to do that either way. Regulatory capture is why he was there in the first place. Telling companies that they can pay what is to them basically nothing, violate the law en masse in multiple ways, and then benefit from it has serious additional long term consequences.

There’s a chance that this might make it easier for a new FCC chair (someone along the lines of Wheeler) to reverse the inane Pai-plot, or at least amend it enough to take the worst of it away.

Unfortunately, nominating an FCC chair seems to be very low on the administration’s priority list.

A different thing to be concerned about are the names being floated for the head of the US patent office - Trump’s appointee basically killed the IPR process, and one of his judicial appointments has out-Texased the East Texas court that was previously seen as most patent-holder friendly.

All that’s needed for that is said appointment. Frankly what happened was basically by fiat. Unless there’s an attempt to go through Congress, it just requires the majority of commissioners I’m fairly sure.

As for patents, the system is in need of reform in general.

The girl, reported to be aged 11 or 12, shot and wounded two fellow students and a member of staff.

Can we say ‘massive lawsuit’? Thought so. At least no one died.