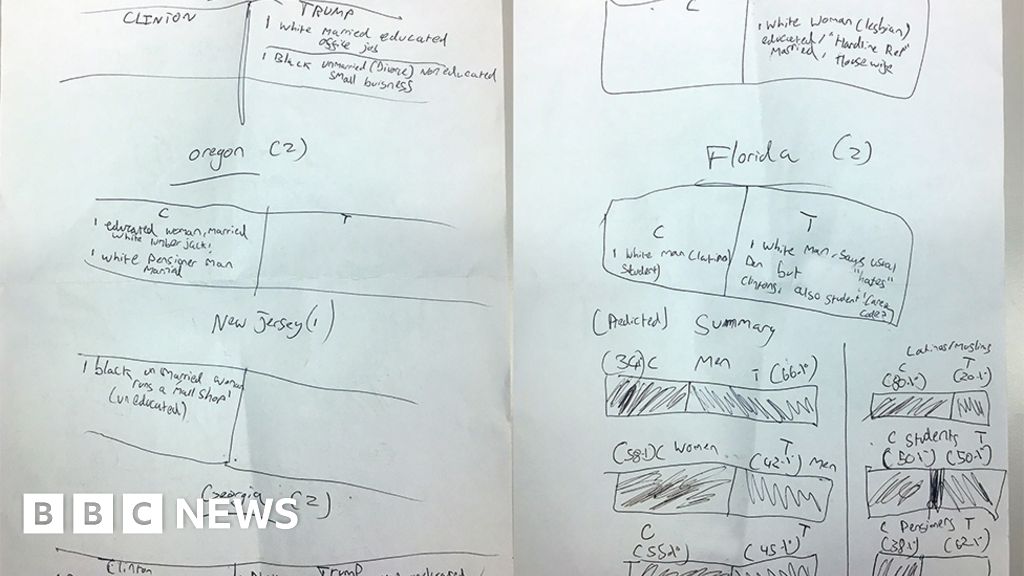 US election polling - when you're 12

BBC’s Newsnight’s Emily Maitlis looks at the latest US election polls, including one by her own son.

At least it will all be over on … Monday, is it? The election, and maybe America too

Should be Tuesday, which reminds me that I need to finish filling out my ballot, got it late so I haven’t sent it back yet. If I wait much more I may have to drop it off.

Dated, but I don’t care. 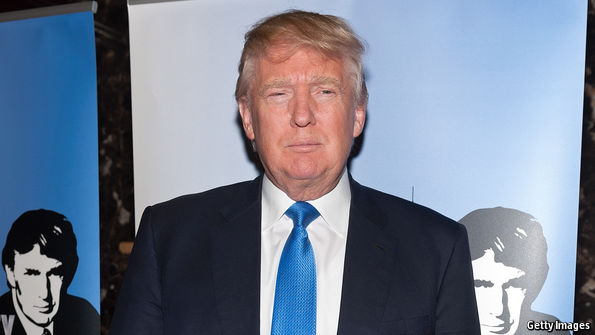 … What? I mean even after checking 538 and then entering that into a search engine I still don’t know what you mean.

He was a guest on one of Triumph the Insult Comic Dog’s hulu specials. One of the bits was triumph zooming in from an electoral map to show nate “the real pepole who will make this election matter”. It being triumph, the real people were two dogs ■■■■■■■ in someone’s yard.

They watched this for… too long. Like way too long.

Can’t tell whether British or US politics is making me angrier right now.

Not sure whether much uk stuff filters through the Atlantic but Brexit is causing a headache (turns out pulling out quickly isn’t as easy as people thought, ho ho). The government wanted to push our EU exit out through the Royal Prerogative, which uses the Queen’s power to veto our constitution and do stuff without challenge in the courts or a vote in parliament. You hear royalists say our monarchy is completely constitutional and there are no loopholes but it’s not so.

Well the ability to use the Prerogative for Brexit was challenged and has been ruled unlawful… though the government is appealing. What’s pissed me off has been the reaction of the media, naming and shaming the judges and claiming they’re acting against the will of the people. Well it’s not the judiciary’s job to follow public opinion, but to uphold our constitution. And you can’t just bypass the constitution when it’s for a cause you happen to support.

I honestly hadn’t heard anything about this, the last news I read from the UK was about negotiations with the minister for Brexit by Scotland, and how they weren’t going well. That was about a week ago though.

Right, I want to get very drunk right now to celebrate today’s ‘incident’ but I have to see students and do work tomorrow morning. This pushes the bender to tomorrow evening, which leads me to think… result’s night drinking game?

Maybe you guys could help me out.

Right, I want to get very drunk right now to celebrate today’s ‘incident’ but I have to see students and do work tomorrow morning. This pushes the bender to tomorrow evening, which leads me to think… result’s night drinking game?

Maybe you guys could help me out.

Sure, make it a trans-Atlantic political boozefest

I have Red Bull and vodka ready for tomorrow night’s…happenings, whatever the outcome may be. 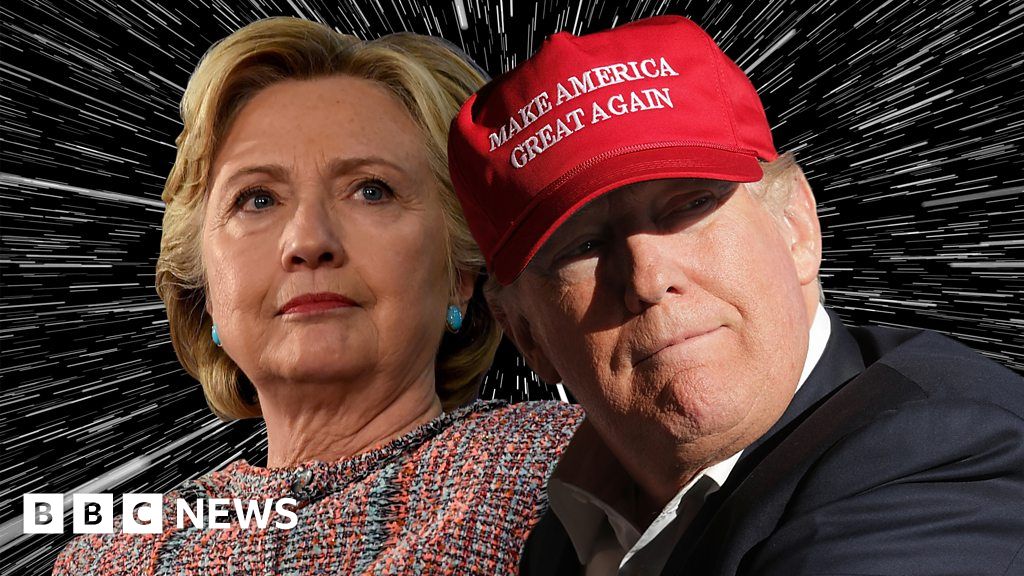 The US presidential election has lasted for 19 months - here's a quick trip down memory lane.

A. It depends, they’ll actually be parsing exit poll results well before we know the answers, and generally won’t release them before the polls are closed. The first results should start being announced evening Eastern time, but we won’t have all the states for hours, and certain states may take longer if they’re close.

B. 538’s liveblog? At least I assume they’re doing one. Regardless, given different stations call states at different times, but they all use the same pool of information, it’s more useful to monitor them all. Still, if you want to just pick one it shouldn’t be too terribly different.

@hattieinduni if you want to track through your night (if I have my GMT offset right it’s already well into the afternoon there?) I think Slate and Vice will be doing early projecting.

One interesting thing I saw this morning was this piece 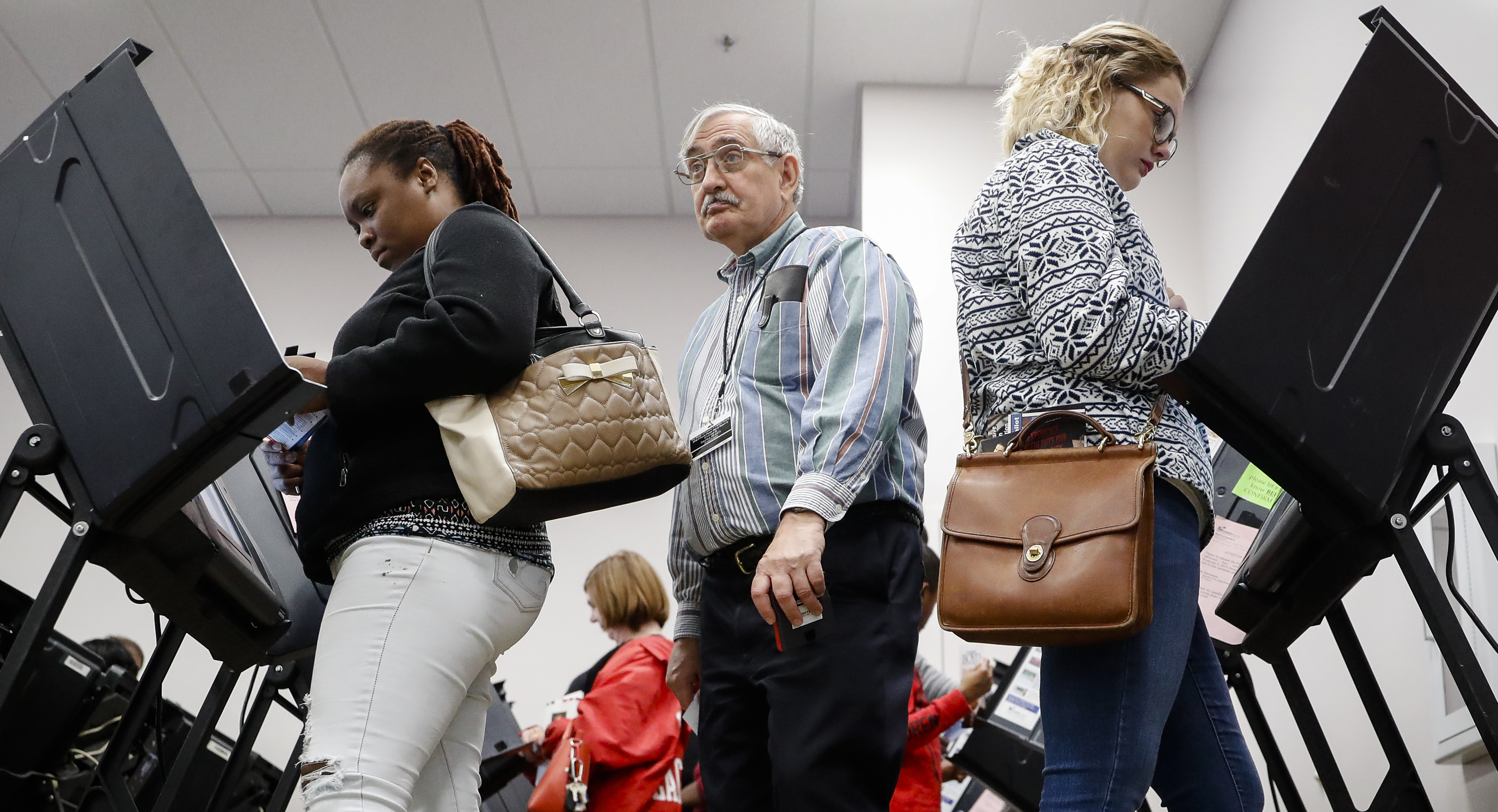 More than 46 million votes have been cast before Election Day.

While I’m not thrilled it took a candidate like Trump to get people involved, I am happy that more people have and are projected to participate in this year’s election.

Thanks for the links guys.

Can anyone help out a gal from a small island by explaining how polling is done across timezones? So do all today’s polls close at 10pm, local time? And do they start counting immediately after, or wait for all the polls to close first?

They’ll start announcing projections as the polls close by state, which generally corresponds to time zone, depending on how close the results are.

More than likely we will have some idea before polls close on the Pacific coast simply because most of the Electoral votes in that region are in California which is going Democrat.

I found a Telegraph link that explains it all pretty well; if you’re looking to party it up you might be better served sleeping now-ish and getting up stupid early, depending on your sleep needs.

Thanks for the link! I’m going to watch CNN at some point as I guess they’ll be up to date with things.

My sleep needs are distressingly flexible these days. Actually when daylight savings time kicked in here a week or so ago I didn’t even notice until this weekend when my parents were discussing how it had negatively affected their sleep pattern. I have an analog watch but I keep it in my bag and just use it to monitor the minute progress of my teaching hours, and everything else changed automatically… and my sleep is so unscheduled it had literally no effect.

So I will be up as late as I can watching it unroll (or enjoying the speculation, I have a passion for talking heads speculating wildly based on dubious exit polls).