QUESTION FOR GEARBOX: What is going on with the "Art of" book?

Did you all see that apparently a few people have bought the “Art of Homeworld” around the 28th, despite it being “unavailable/unreleased” again at present on both amazon.com and amazon.co.uk?

I’m thoroughly confused as to the situation here, as I’ve never seen a product go up for sale and then fall off the whole grid of amazon. My fellow users have theorized that it’s nigh impossible that any supplier of any size could’ve been cleaned out in 4 days, others who signed up for email alerts when this product went up for sale never got them. Was this in error? If not, can we get a release date? It’s just a book, pardon my deviation a bit but I feel like there’s a lot less need for secrecy about its release compared to something as massive an undertaking as a videogame. 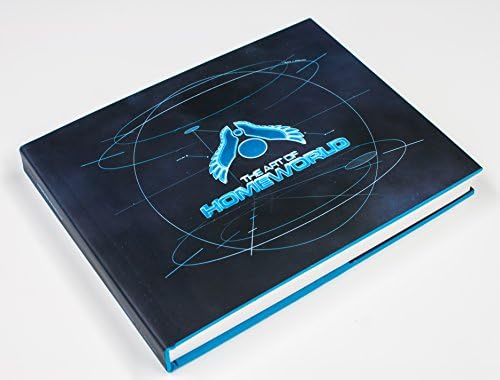 The Art of Homeworld

Homeworld has long had a reputation among real-time strategy enthusiasts as one of the most challenging, immersive, and epic games of its genre. Now at last the stunning development art that made the ... 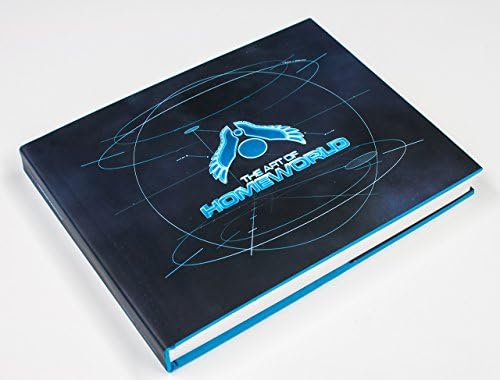 The Art of Homeworld

Homeworld has long had a reputation among real-time strategy enthusiasts as one of the most challenging, immersive, and epic games of its genre. Now at last the stunning development art that made the ...

Thanks for any answers anyone has.

I don’t have an official word. I know that a few went out from the company making them. I know we’ve seen one (or two?) around the Dallas office. That book is a MASTERPIECE. It’s just flawless. Really, really amazing. I am sure that the trouble to make that book wasn’t gone through to only sell a few copies - but I have no release date or scale info, at all. All I know is that I want a dozen.

Yay, mine came today. It was really low key when I realized it was available. Just keep checking every day like I did.

That doesn’t absolve the fact that there was no announcement to speak of. If this under the radar “release” for whatever day(s) wasn’t an accident it was damn poorly advertised.

I am not sure ‘accident’ is right - my impression (no firm info here, I am not informed) is that this was likely an early/test print run or something? I could be totally wrong - but usually Gearbox has a marketing apparatus that goes big on stuff like that.

Please Gearbox, order a second larger reprint. I was about to buy a copy but my debit card was short and by the time I refilled it was sold out.

Homeworld’s art and by extension that of Chris Foss and Peter Elson are what inspired me to take up graphic design.

@BitVenom Masterpiece is definitely the right word. Mine came today via UPS, A day late due to the weather, but I want a spare; If there are more copies printed, I’ll be buying more than 1 more for keeps haha.

It was mentioned at PAX that it would be made available, but even there details were sparse, I can say that from what I see in mine it doesn’t seem like a mis-print, but the shipper was listed as ‘Amazon Fulfillment’ which is normally their return processing wing so it’s possible they just shipped early or there was no release date set on Amazon. If you search the Gearbox merchandise on Amazon, it’s tucked away under ‘All’ even though the seller shows up as BlueCanvas, so it’s weird.

@Mazenh24 Same here- Homeworld is literally why I went to college for game dev, I wanted to make HW3 lol. (Which, if that doesn’t happen, I’ll do my best to port it to Unreal ;)) From an art perspective, this is literally a goldmine, there need to be more copies printed. It has development concepts and tons more and of course the art/sketches.

Ditto on wanting to buy a copy. If they have to switch to a pre order system to justify an additional run (looks like blue canvas is a small printing house) I imagine I’m not the only one who would happily pre order.

Yeah, I would really hope a second bigger run is ordered. I would LOVE to have a copy of this book. It looks absolutely stunning.

This book is more special to me than the whole Special Edition. The fact that very few people have it and it’s not available makes me a bit nervous.

Oh my god. The MINUTE that becomes available, I have to order one. I’ve been a die hard Homeworld fan and I absolutely need to get ahold of this masterpiece. :3

There will be a much larger print run in the future

The printer is doing everything they can, but due to how freakin’ hardcore the book is, it’s a slow-moving process. They wanted to get some out to show the world what it was like.

We’re working with them on the next print run, and hardcore promotion thereof

Phew! My butterflies have hyperspaced away in that case. Standing by and ready to order when they go live!

Thank God and thank you Gearbox. Now to make sure the debit card never runs out of money until then.

Can we get some of these images available digitally? That needleship image is incredible, it’d make a fantastic widescreen wallpaper

Shows the power behind the love of Homeworld that additional printings are necessary eh?

I’m really hoping to get my hands on a copy soon, as well. Homeworld meant much to all of us, myself included. Very keen to see what history and what art they decided to put into it.

I had my hands on one briefly but was too busy to really dig in. The shipping cost must be pretty high on these things as it was about 1.5-2x heavier than my nearest Chris Foss book. You could beat a goat to death with it. Maybe 3 or 4 goats.

And if you fired it from a longship, maybe 5-6?

@Norsehound orsehound It’d be able to kill a whole line of goats!

Mine weighs around the same as a 3L bottle of Dr. Pepper, and those things are hefty.

There’s a lot of development history in it, It’s awesome =] Lots of canon that I didn’t even know about as far as the game history goes. Gives me chills thinking of what kind of cool stuff will be in ShipBreakers

OMG want. Also saw a hoodie in there on amazon, anyone get that, I think I might lol.