Yes; design-wise, they are rapiers.

okay, I know a bit due to a healthy interest in swords.

phoebe as a character includes many references to fencing. one use for a sabre besides military dress uniform is sport fencing.

as noted on the attached link
"The sabre is one of the three weapons of modern sport fencing, and is alternatively spelled saber in American English. The sabre differs from the other modern fencing weapons, the épée and foil, in that it is possible to score with the edge of the blade"
http://www.fencing.com/NewTFC/Sabre_Fencing.html

so my answer is both are true

There, i liked it for you; always covering your ass…

i’m a bum and i’m getting intrigued so i’ll actually start a post of my own and since I’ve done a little studying of topics including the application of magnetic force i’ll include railguns in it!

Oooh, I’d like to see that. Been debating for a while (and a actually testing) to see if Rath’s fighting style is viable.

To the OP: Look at her fighting style. In a very basic nutshell, a foil (most common fencing weapon these days) can only stab, but sabres can also slash. Looking at her combo, she does have a few slashes thrown in, leading me to believe they’re sabres. Although honestly, either could work.

Not at all! I’d love to see what you come up with.

first one isn’t too complex A tachi (太刀) was a type of traditionally made Japanese sword (nihonto) worn by the samurai class of feudal Japan. Tachi and katana generally differ in length, degree of curvature, and how they were worn when sheathed, the latter depending on the location of the mei or signature on the tang. The tachi style of swords preceded the development of the katana, which was not mentioned by name until near the end of the twelfth century; tachi are known to have been made in the Kotō period, ranging from 9...

Historically, katana (刀) were one of the traditionally made Japanese swords (日本刀, nihontō) that were used by the samurai of ancient and feudal Japan. The katana is characterized by its distinctive appearance: a curved, single-edged blade with a circular or squared guard and long grip to accommodate two hands. "Katana" is the term now used to describe the family of swords known as nihontō that are 2 shaku (606 mm / 23.9 in) in-length or longer. An ōdachi (大太刀) (large/great sword) or nodachi (野太刀, field sword) was a type of traditionally made Japanese sword (日本刀, nihontō) used by the samurai class of feudal Japan. The Chinese equivalent and 'cousin' for this type of sword in terms of weight and length is the Miao dao, and the Western battlefield equivalent (though less similar) is the Spanish Espada Bastarda or Scottish Claymore. The character for ō (大) means "big" or "great". The dachi here (太刀) is the same as tachi (太刀, lit. "great swo...

What about the way he uses them, though, with his left hand like normal but his right in a reverse grip, and then starting his combo with the reverse swing? I’ve tried it a couple of times with my practice gear and it honestly feels more than slightly weird.

Galilea though? Pretty standard stuff, but she does occasionally use two hands despite still having a shield - no idea if that’s even possible with a standard shield that size, let alone practical. 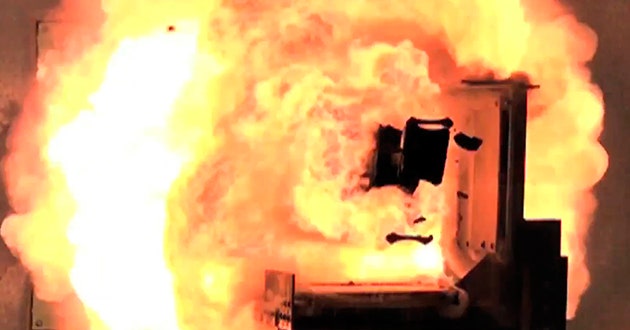 The Physics of the Railgun

A rail gun uses electromagnetism to fire projectiles. Here's how.

the defining point on a railgun as opposed to a “coil gun”
“Maybe I should also point out that there is a difference between a railgun and a coilgun. A coilgun uses a series of electromagnetic coils to accelerate a ferromagnetic projectile. For the railgun, the projectile is accelerated because of a current running through the projectile. This means that it only needs to be an electric conductor and not a ferromagnetic material.”

basically a railgun has two pieces of metal as “rails” with a power supply hooked up to them then the ammo in the center. when the current runs through the rails it shoots the ammo out

Sabers are curved swords with a single sharp edge. Used almost entirely for slashing with the possibility of stabbing. Most commonly used while riding horses and taking advantage of the momentum given by the horse for powerful swings.

Rapiers are swords with sharpened points used almost exclusively for stabbing. While the tip being sharp would allow for a cut from slashing, it wouldn’t make a deep cut. The precise strikes would often be used to take advantage of chinks in the enemies armor and deliver fatal or debilitating wounds.

@loving-hatred I’ve seen Axiom and Praxis listed in his lore as katanas but that is simply incorrect. Katanas are ALWAYS curved as it is necessary for the style in which they are made and is what makes them so strong. The There is nothing that resembles Precept. It is an impractical weapon due to it’s sheer size.

“The word “rapier” is a German word to describe what was considered to be a foreign weapon.[1] The word rapier was not used by Italian, Spanish, and French masters during the apogee of this weapon, the terms spada, espada, and épée (or espée) being instead the norm (generic words for “sword”). Because of this, as well as the great variation of late-16th and 17th century swords, some like Tom Leoni[who?] simply describe the rapier as a straight-bladed, two-edged, single-handed sword of that period which is sufficient in terms of both offense and defence, not requiring a companion weapon.[citation needed] To avoid the confusion of lumping all swords together, some categorize such swords by their function and use. For example, John Clements categorizes thrusting swords with poor cutting abilities as rapiers, and swords with both good thrusting and cutting abilities as cut and thrust swords.[2] Some, however, look at the rapier in its entire time-line and see that it never truly fits into any single definition. Across Europe, the weapon changed based on culture and the fighting style that was prescribed; be it Italian, Spanish, or some other instruction on the weapon’s use, so that lengths, widths, hilt designs and even the lack or placement of an edge or edges differed at the same time. One might wear a rapier with a swept hilt and edges on the same day as another might wear one with a cup hilt and an edgeless blade.”

a slightly more in depth look at the history of the word rapier, we were both partly right

Still has the curved edge to it though. It’s a signature trait among Japanese swords as the metal on the blunt side is softer than the metal on the edge. And Precept is much longer than 91 CM. Like I said, it’s a very impractical weapon.

not arguing that at all my friend, merely showing there are similarities. and the reason the metal is softer near the spine of the blade is softer is that the edges are MUCH harder than those of western swords so they can be sharpened further, but without softer metal by the spine to absorb impacts such a hard sword would shatter under impact

Neither am I. Just saying my observations. That’s why I’m liking your comments.

Oh, i know how railguns work; i’ve beaten Resident Evil 3. It’s pushing those large batteries in order that make it so strong, right?

Seriously though, i love how so many games’ idea of a raingun is a slow-moving energy projectile when, in reality, it should be the epitome of “hit-scan”; a projectile that goes so fast, it sets the air around it on fire as it’s fired… Ever see the video of the battleship firing that giant one? F**king SCARY… It reminded me a lot of the “Mako Cannon” in Final Fantasy 7.

Loving hatred @nbrownlie237 pointed out that before that marquis gun is more of a railgun then just some regular energy sniper rifle, would you agree it is a rail sniper rifle