I’ve been working on building this Legendary AR15 Rifle for some time now and today I finally got to assemble it all. I took some HD picture of some of my favorite Lengendaries and brought them to a good friend who does special Cerkote coating on rifles and guns. Then I laser engraved all the marking you see on the AR and then back filled the engraving with Legendary orange! Most people at the shooting range don’t know what to think when they see me shooting this rifle. Make no mistake this is a real as it gets AR15 with some extreme mods. Anybody got any ideas for the red text to go with it? I need some spec Ideas?? LoL I hope you all enjoy the pix!

All I did was have pot leafs laser etched on the side of my Ruger P345.

Had I thought about it they would be Vault Symbols

In my humble opinion not enough people own firearms.

“An armed society is a polite society. Manners are good when one may have to back up his acts with his life.”

I own guns in Australia, which isn’t a popular thing with city folk. However, if you live out in the bush, surrounded by some of the most deadly wildlife on the planet, a shotty is a handy thing.

This is great! I was considering looking into doing something like this with my Ruger 7mm Rem Mag. Turning it into a pimpernel perhaps…

Very cool concept! I’m a shooter (primarily pistols) offline and obviously love BL2, but I don’t think it would ever have occurred to me to do this.

In my humble opinion, too many people own firearms, especially people who shouldn’t. 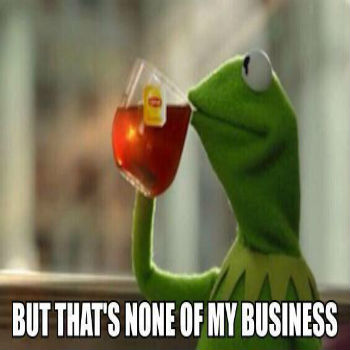 for a red text you could have it say “it’s as real as it gets!”
so cool

I’m a Vladof man. That is sweet. Is the buffer spring still in the stock? I haven’t messed with one of those in years.

Now that is a beautiful rifle.

In my humble opinion not enough people own firearms.

“An armed society is a polite society. Manners are good when one may have to back up his acts with his life.”

You can never have too many firearms and an armed society is a safe society.

Are you sure? Why not ask Mike Brown, or Trayvon Martin? Why not ask the thousand or more people who lost their lives in mass shootings in the US alone this year? Do you reckon they think a society as easily armed as America is safer?

What about the tens of thousands of people that prevent a violent crime every year with the usage of firearms, if not hundreds of thousands? Or how states that have conceal carry have had their crime drop? What of the the cities and states who have incredibly high homicide rates despite being “Gun Free Zones” aka “Public Disarmament Zones”?

If you believe the police are required to protect the U.S citizen I highly advice researching the Warren vs District of Columbia case. If you think a law in a sea of laws is going to stop someone with violent intent, you are mistaken.

The United States already has a large swath of laws on hand to put someone away for almost a thousand years if they play their cards right with the laws they break. The problem is not guns, but the fact the United States has a revolving door system that lets people out on the street that have no business being out on the street. That the United States system does not keep track of mentally ill individuals who should not be allowed to own firearms and who should be under careful watch. I am talking of individuals who should be taking medication or be in a medical facility and not wandering the streets and have given off obvious signs that they should be monitored.

If you believe taking guns away from law abiding citizens is going to erase crime I have some ocean front property in Nevada for sale. If you believe guns are the problem and are the root of all evil then there should not have been any wars or violent acts predating the invention of gun powder.

A gun is simply an item like a car (which kill more people than firearms do) or a power tool; if you misuse it bad things happen, but if you use it properly, maintain it, and respect it nothing ill will occur. I know that for a fact as I own quite a few firearms and have not had any accidents in the fifteen years I have owned and been around them.

As for the two individuals you mentioned I will not get into a discussion about them, but what makes their cases more important than the hundreds of people that die every year in cities like Detroit, Chicago, Los Angeles, and other areas with a high homicide rate?

While everyone is free to voice any opinion they so choose, as long as it is expressed in a polite manner.

This isn’t the thread for that.

This thread is solely to display the artwork of @whatsup1, who took what appears to be hours in an attempt to create something worth sharing.

Please speak on the item and not firearms in general as a theory, as it may lead to this contributor having his thread turn in to something that wasn’t intended.

All users are welcome to open up threads opening discussions on matters in corresponding sections.

No problem Giu and I am sorry that I contributed to the partial derailing of the thread.

No problem Giu and I am sorry that I contributed to the partial derailing of the thread.

No worries at all @Troubled!

No one is to blame here whatsoever, threads progress naturally and some times it is just nothing more than an organization matter!