They’ve been decently vague. Whatever happens, “he will remain high tier”. Whether that means ward buffs which I think are likely or no, we’ll have to see

I’ve been told I look like Gordon Freeman. Maybe it was him?

I don’t know man.
You think you could rock a HEV suit like my man Gordon? It’s hard to compare with sexiest engineer these dimensions have ever known.

I read that as Morgan Freeman and then was very confused by a sudden half life confirmation.

Assuming I can still find these in the October Update, I’m hoping to do something fun with them rather than just posting them up in full on my website when the DLC drops.

Is there like a clean write up of the AMA anywhere? I had a quick glance at the Reddit thread just before and it kinda looks like a nightmare to read through :S 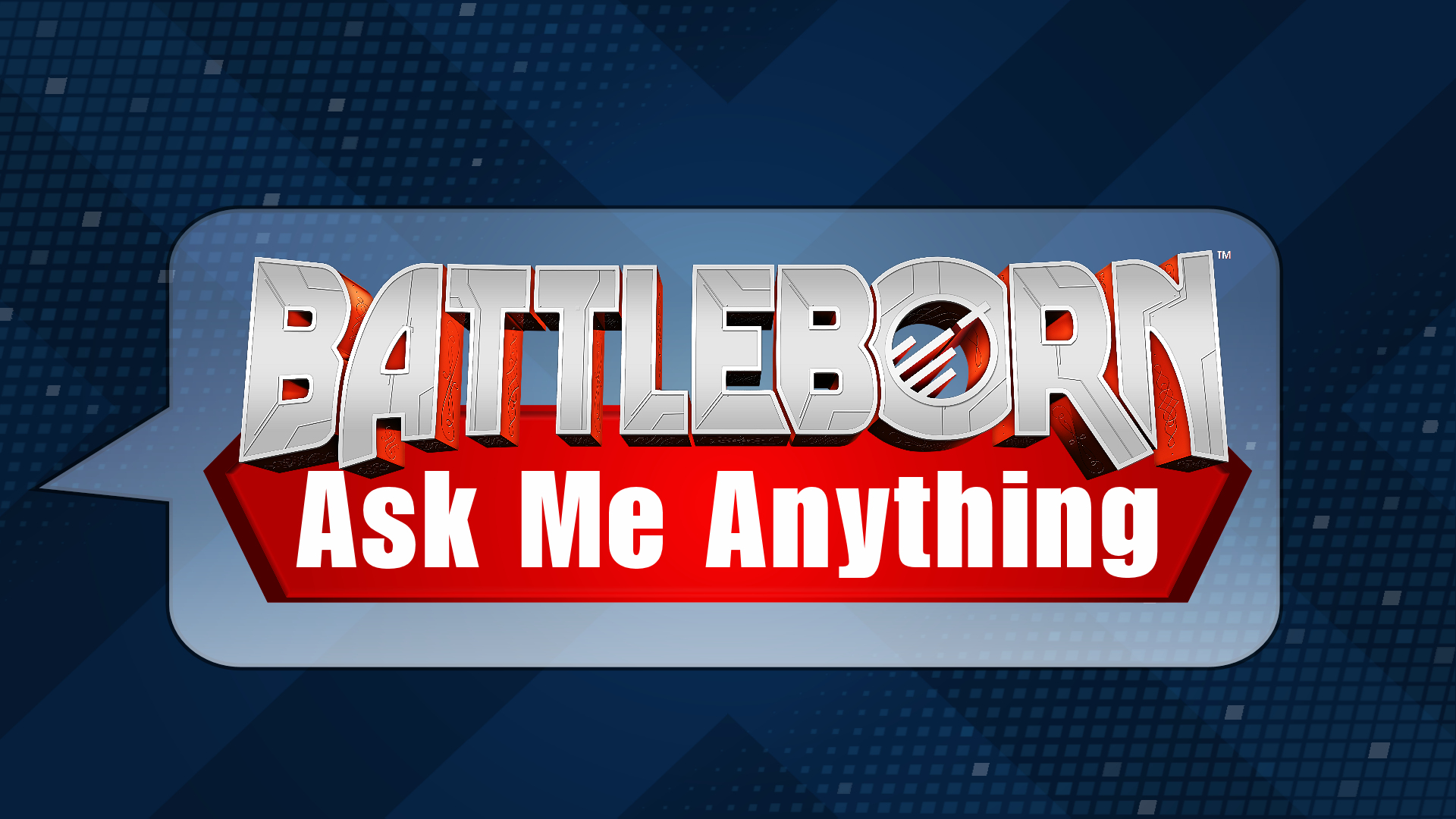 Battleborn AMA Event on Reddit “Ask Me Anything” - MentalMars

As a follow up on the Gearbox Live Stream that covered the October patch, the stream team also did an AMA on reddit for everyone that had some specific questions. This event was specifically focussend on the upcoming patch that will be release on...

Is there like a clean write up of the AMA anywhere?

Thanks for the shoutout jjand302.
Its still a lot to read up on. I was thinking of adding a accordion widget to make it a bit more accessible.

No split screen fix? Wow. That stinks. It needs it badly. It’s almost unplayable unless you memorize everything.

I hope not. Pants are the worst. Nobody should have to endure them.

[quote]schrankenstein: Why nerf AOE across the board? Was this originally the idea from the launch of the game, or a response to data and player complaints after the game was released?

gkRants: We didn’t like one AOE damage skill essentially negating a minion wave. Destroying a minion wave immediately removed a lot of the strategy we had hope to push with escorting minions. AOE skills will still be effective in damaging groups of minions but they will no longer obliterate a pack.[/quote]
I just realised that this is the biggest case of purely PVP-caused changes interventing PVE experience without any compensation (as always), since it affects not just a few heroes but majority of them, and 95% of PVE encounters are waves of all possible shapes and sizes, not just a couple of PVP wave types. So by nerfing all AOEs you’re affecting almost every PVE fight.

@JoeKGBX, hope you guys checked this out developing the patch and that nerf won’t affect PVE significantly. Though I’m sure we will handle it anyway since PVE is not that easily breakable as PVP, but such things don’t feel very good…

Didn’t you know that PvE is nothing but a happy side effect in this game? Great and all if possible, but expendable if not.

I agree with you. Hopefully now that they’ve realized a third of their players are on PVE they’ll redirect

Whether a 3rd or half, it’s a significant portion.

But what is a third or half when the PC population is now at the 200 ranges?

We already have people on this forum dismissing cases for the PC because those people are on consoles, thus not even understanding the problem that is at hand which could easily spread to other platforms if the ship isn’t steered back on course sooner rather than later. I’ve come to accept that the PC crowd just isn’t that important, we’ve all been considered expendable. Enjoying the game at this point is really just a happy side effect, which is optional if possible but easily disposed of if not.

Another 2 updates before October 13th…

I’ve come to accept that the PC crowd just isn’t that important, we’ve all been considered expendable

How so? I’ve seen no evidence of this from the devs. They seem to be working pretty damn hard and providing all the content they can. How have we been expended?

In case you don’t know, they confirmed a third of all time spent is PVE.
2 updates? I forget the nonbattleplan one

I don’t get the Valve portion of your comment.

It’s not that GBX isn’t hard at work with their content, PvP or PvE. I would be surprised if they aren’t doing everything they can to get this game right. I simply feel that all the additions that they are planning for the game is simply coming too late, especially on the PC side, where they will not see a drastic spike in the population that is meaningful.

I’ve always stated that what GBX is losing against is time/timing. When Battleborn needed all these upcoming fixes was probably in June where it had the most impact. June came and went without those fixes and the game continued to slide into decline. My argument is that even though the upcoming patches, in theory, will rectify a lot of the issues this game currently faces, the magnitude of the effect has been significantly dampened.

Probably just one update, October 13th counts as a separate entity. Can’t do math these days, since 2+2 equals 7 for some reason.

Whether a third spent in PvE or whatever fraction, it really isn’t a lot when the population today on October 4th 2016 is at 290. A third of that is not even 100 people.

Just how much of a jump do you think it’s going to be when October 13th comes? And Civilization 6 is coming right around the corner…

The Valve comment was about Half Life 3, which was mentioned by Jythri a few posts up.

I agree with you that Battleborn on the PC has a small population, and it is important that the devs get on this quick (although I don’t want to suggest that I know the game’s future). But that’s very different from your claim that PC players are ‘considered expendable’ by Gearbox, which I don’t understand. Are you saying that it took too long to produce the fixes needed because Gearbox don’t care about losing PC players?