Rosetta's comet as a HW galaxy map, take a look

Recently the Rosetta mission landed on a comet short-named 67P.

This info-graph shows the surface divisions of the comet and because it has an Egyptian theme, it could easily fit the Homeworld universe, representing a galaxy map. Take a look: 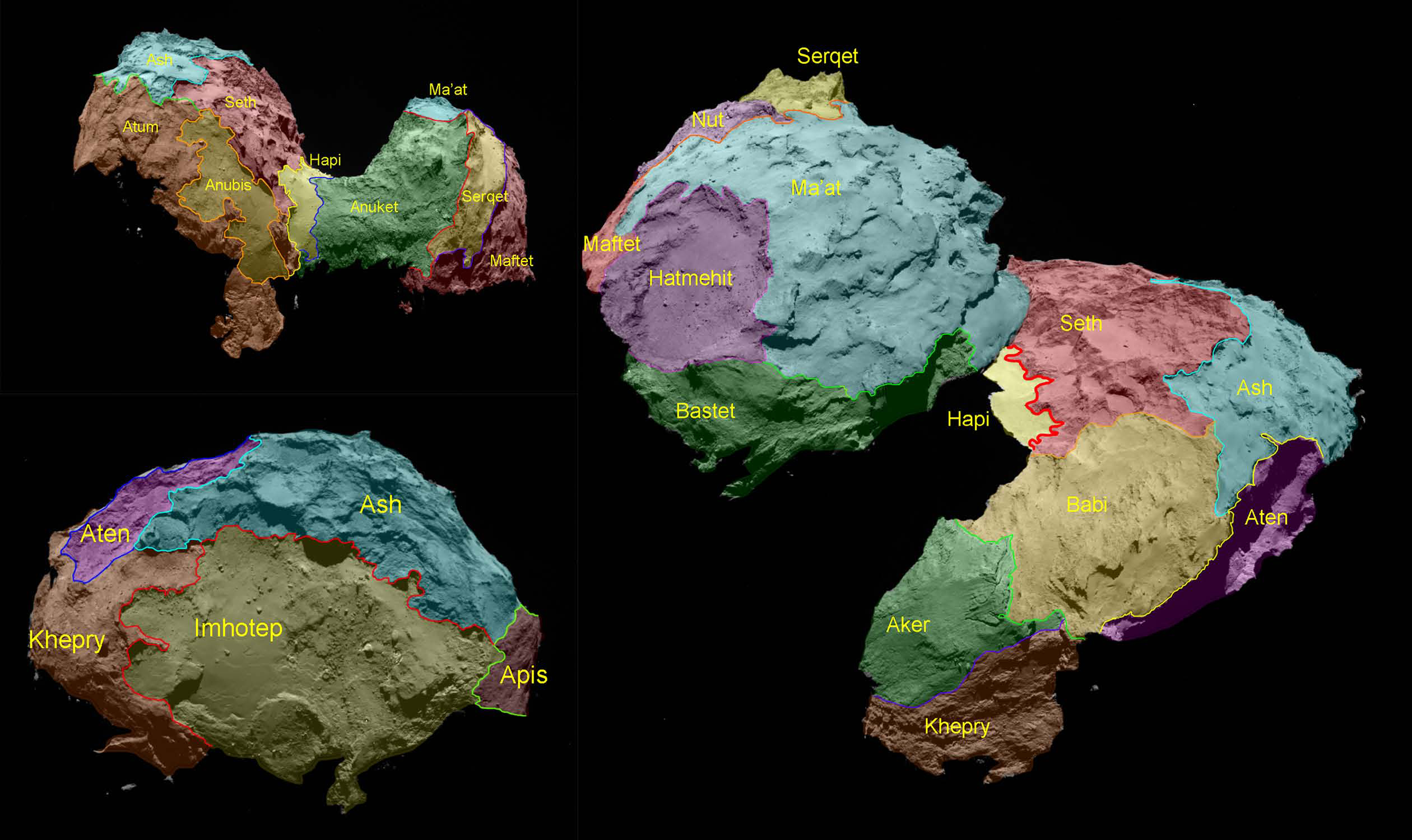 It has “Empire frontiers”, neutral or deep space zones and it has “factions” frontiers.
Isn’t it cool?

That would be interesting