Rumor time: Commander Lilith and the Fight for Sanctuary 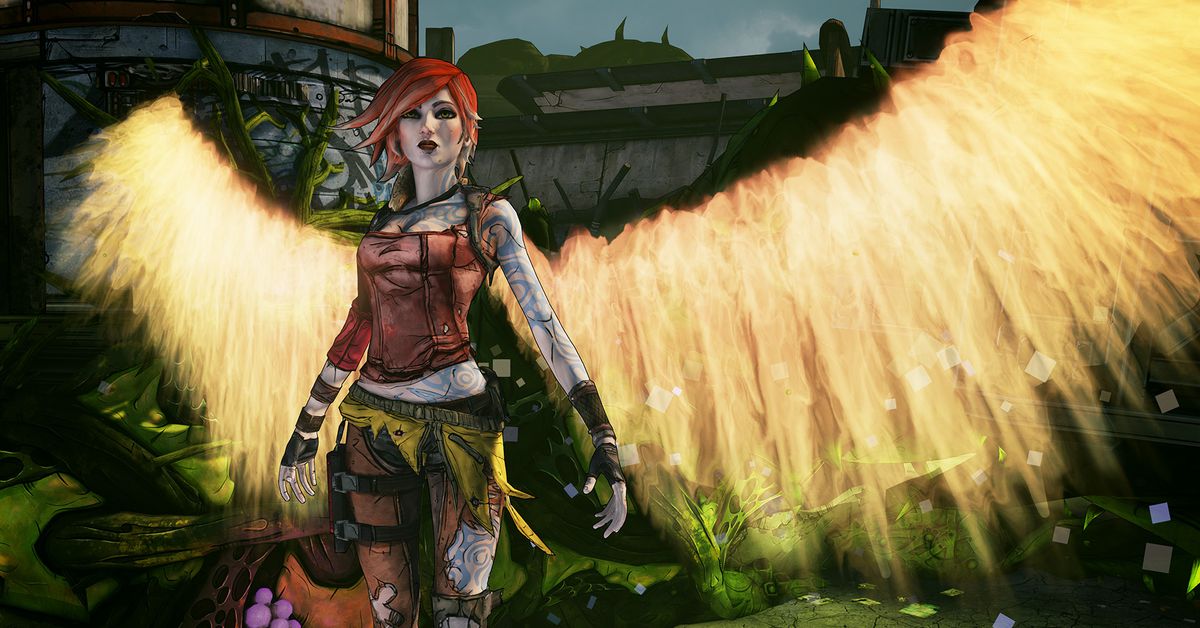 Commander Lilith & The Fight For Sanctuary will apparently be free

New level cap? Wonder how it would work with the op levels. Could it be that doing the peak each time will give you a extra level until 80? Or will it just be like extra levels then the op levels.

I WANT ALL THE SKILLS!

Both of these would make sense if written pre UVHM/Digistruct Peak? Level cap of 80 doesn’t make sense with OP8 (would that just mean the OP levels now come with the 11 “missing” skill points? Like if we’re already at OP8, all of a sudden, there are 11 skill points waiting?)

Also: Pearlescent is a thing beyond Legendary already.

The ‘entirely new tier beyond legendary’ might be referring to that ‘rainbow’ tier that’s apparently now in the game code. (Edit: I just saw some screenies… Sal holding rainbowish-skinned weapons… soo… yeah.)

The alleged level cap of 80 makes me scratch my head a little though. As in, how exactly does that work with characters already in the OP levels?

I can only think of two possibilities: you can now level up to 80 and OP8 enemies, for example, would now go up to around level 88-90. In this case, I would presume an existing character already at OP8 (or any OP level) would be allowed to once again earn XP and level up to the new cap. (And would their existing gear currently tagged as OPx ‘level up’ their stats as the player does?)

Or, they drastically changed (or mostly discarded) the whole OP level system: gaining an OP level after going through the Peak actually levels you up in whole now; instead of OP1, you actually level up to 73, etc. Existing OP8 characters will suddenly have a big health boost and a bunch of skill points to spend.

… new skill points to spend. So many new builds to come now, hah!

Also, I’m getting the funny feeling they did some changes to UVHM in general.

I’m not going to believe anything until I see an official release from GBX. Speculation is just that: speculation. Remember when the new siren was supposed to be a red-head with pigtails? How’d that turn out? I’m sure this DLC is a thing, but I wouldn’t put too much weight on speculation being true.

Yeah I’m a little skeptical about the level cap thing. It just seems like it would be a much more difficult thing to work into the game as it currently is, to playtest and balance and such (especially in light of the OP level system), than adding in a new gear rarity level. Seraphs, pearls, and glitched weapons in TPS were easy enough to mix into the game without throwing off the balance of things.

But the rainbow rarity does appear to be a thing, judging by what the folks poking around in the code have found as well as the leaked screenshots that got out for the DLC. The alleged insta-boost to level 30 seems like a plausible thing, for people who have not played BL2 in a long time and want to jump right into the new DLC with a fresh character. If memory serves, previous DLC had a minimum starting level of 15 to 30 in NVHM depending on the DLC.

OMG I’m so damn excited. But also really confused about how the level cap increase would work with OP levels if it’s true. Would OP8 stuff scale up to 8 levels above your current level somehow? Or just count as level 80 and we have to hit the new level cap and farm new gear? Either way I’m psyched about new content and new things to do.

Although I got into this game kind of late and I’ve spent the last couple months farming endgame gear and have recently been going through all the raid bosses at OP8 for the first time and I’m not done yet… uhhhhh apparently I need to try to marathon the last few raid bosses over the next couple days before things change. This is going to be interesting.

While I personally wouldn’t mind having to farm for new gear, since a lot of what I do in this game is mindless farming anyway heh, I can certainly understand that others would be upset especially if they had scored a lot of perfect-parts OP8 gear over the years. For their sake, I would hope that existing OP-level gear would scale up, if this level cap increase is in fact true.

Yeah I’m kind of hoping OP8 stuff scales because I’m like aaaaaaaa I just got done farming all this stuff I’m not done using it and I want more time with this gear vs. raid bosses… At the same time though I love farming so if it turns out not to scale I’m going to be 100% cool with that.

Oh no, I have to do this thing I love doing all over again.

I’m hoping that the potential level cap increase will actually balance out the game at the highest level.
As most long term players know the OP8 enemies are level 80 compared to the players max level of 72 and it is only the OP8 guns and gear that enable the player to compete on what is stll an uneven playing field. Giving the player the opportunity to level to 80 with the enemies at say 82 would help with balance issues and mean that you don’t need totally overpowered or glitched characters to compete. OP level weapons could be re-leveled so that OP1=73, OP2=74 etc.

This is super random and unexpected (if true), but I’ll take it.

Thinking about level cap increase. No idea if this will be a real thing, just a thought experiment now.

What did I miss?
Clearly changing the level cap to eliminate OP and make it real levels will be interesting, if true. And may make it more interesting to play through the whole game again at “real” level 80.
–RoA

If the level 30 boost is indeed a real thing, I wonder if it essentially completes the missions of the vanilla story for you, in effect unlocking TVHM. Needless to say, starting the vanilla NVHM story missions with a freshly-boosted level 30 character would just be kinda ridiculous.

Some players over the years have wished they could jump ahead a playthrough or two with new characters; they may just now be (at least partially) getting their wish.

And after thinking about it a little, I don’t think they’re gonna scrap the OP system. It’s too ingrained in the game at this point: it’s part of the BL2 culture, all that coding in the game, Tannis’ dialogue in the Peak, etc. If the level cap increase is true (once again, not 100% confirmed!) I think they’re just gonna bump the real max level to 80, OP1 would be equivalent-ish to level 81 and so on, and I would sincerely hope that existing OP-leveled gear in players’ inventories would do the scale-up thing as the player increases in level up to the new cap. But, then again, using a new-scale OP8 weapon, freshly scaled up from the old scale, would be way overpowered until the player’s level caught up a little. This is an interesting mess!

(Edit: I guess this can be resolved if, say, a player sets the game to OP8, and thus the game will spawn enemies ~8 levels above you, and keeps spawning them that way as your actual level goes up to 73, 74, etc., and your existing OP-level gear (as well as new OP level gear dropped by enemies, etc) go up as well, similar to how if you hang on to mission guns like the Grog, their stats essentially level up as you do.)

Interesting side thought there.
If this new DLC is not for PS3 or XB3 (or whatever it was called, I had one and forget) , like the HDR updates for BL2, then theoretically backpack space could be increased, since it’s (supposedly) based on the lack of memory on those older platforms and subsequent inability to have all the textures for a larger backpack loaded. That would be cool.

One other thing I thought about; Slag. I personally find that when you are playing in the OP levels, outside of the Peak and even sometimes there, I use slag less than in UVHM leading up to OP. My OP weapons are strong enough to take out OP regular enemies, often, without slag. Part of this (to me) is that in OP levels enemies spawn at, or maybe one OP level, your level. Making a true level 75 could mean level 77-80 enemies may spawn, making slag critical again.
–RoA

And after thinking about it a little, I don’t think they’re gonna scrap the OP system. It’s too ingrained in the game at this point: it’s part of the BL2 culture, all that coding in the game, Tannis’ dialogue in the Peak, etc. If the level cap increase is true (once again, not 100% confirmed!) I think they’re just gonna bump the real max level to 80, OP1 would be equivalent-ish to level 81 and so on

Or the difficulty/damage/health scaling in extended UVHM (73-80) is not as steep as OP1-8, so it remains a (somewhat?) more challenging tier. That might actually be the least work since it involves the fewest changes to the rest of the game.

I think they’re just gonna bump the real max level to 80, OP1 would be equivalent-ish to level 81 and so on…

I’d guess something along these lines. In any case I’m ALL excited for new content, and apparently free to boot!

One minor good thing for me; If they do optionally allow you to start at lvl 30 in TVHM I’m certainly going to take that route when 1Lifing. Eliminating the basically easy slog through NVHM will be good.
–RoA