Shipbreakers, Unity and all homeworld mods

Just because it’s a unity game doesn’t mean it’ll be easily moddable, nor am I aware of any especially easy way to make it so. High moddability generally means setting out with a certain kind of architecture in mind, which Unity neither encourages or prevents. Look at KSP modding for an example, where unity experince might help with the super deep systems mods, but just throwing together some parts is a case of modeling and scripting just like a homeworld mod might be.

Also, even if it is highly moddable and made with a philosophy similar to HW’s, don’t expect to make spacegame mods easily. Movement for ground and space RTSs are different in some pretty basic ways that are unlikely to be easily modified unless they go really crazy with mod functionality, and even then it’ll be a great deal of work to get everything working very well.

Yeah, it’d honestly probably be easier to make a Homeworld-esque game from scratch in Unity than to mod Shipbreakers to set it in space.

And if you want to do space based Homeworld mods why not just, I dunno, mod Homeworld?

I for one already have a vague idea for a shipbreakers mod, ground based of course

I’m sorry but your comment doesn’t seem as though you know how unity works.
‘Highly moddable’ in this case only refers to what the developers deliberately lock down in terms of control

And if you want to do space based Homeworld mods why not just, I dunno, mod Homeworld?

I’m no expert in exactly what goes on under the hood when you hit build, but
I have used Unity for a few things. I’ve seen talk about decompiling and cracking open unity games, but that’s not the same thing as a moddable game. When I build a unity game, it spits out a bunch of large binary files and DLLs, not individual object definition files and plaintext scripts like a highly modable game uses. What Cities Skylines does is not something that unity games automatically do that people have to lock down, it’s special, and other moddable unity games may do things very differently.

Another game that uses Unity that you can research is Kerbal Space Program. It has Air, Space and Ground units (that you design and build of course). Modding doesnt seem too difficult for that game. There are lots of tutorials, and documentation. The modding forums are bristling with mods.

Of course, like any game
Hence the OP (Not locked down areas)

Re: EDIT
Short answer: nope it would not ‘easier’ (Do you know how many scripts it is just to get a render pipeline O.0 )

You’re acting like you just remove the ground and turn off gravity and you’re done, which, haha no.

You’d have to completely scrap the movement system, the AI, and probably do a fair amount of re-working of the camera as well, at which point you might as well just start from scratch, because you’re not making a mod any more, and you’ll get more flexibility out of it because you’re not trying to hack Blackbird’s scripts to make them do things they aren’t supposed to.

And it’s not like plenty of people aren’t already doing (or have already done) Homeworld style 3D space based RTS games in Unity (Shallow Space? The tactical view of Enemy Starfighter?).

And again, what compelling reason to mod Shipbreakers to be space based is there when we can already mod Homeworld Remastered?

Not to mention that HWRE was launched last February. They simply didn’t have the time to improve tools, 'cause they are still digging into the base of the game. The community tools already experimented are halted because things and, in last instance, technology is/are still changing.

Either way, IF the problem of modding right now would be the usage of GBX material, if you would do it in Unity, it would still be not allowed. If not, check what HW@, Rearm V2 and the Taiidan Republic are doing with the current tools.

The basic problem of HW is still the same 10 years later: few Lua coders and artists that can handle textures. But I agree with you that SB will get attention from all modders that are already using Unity, but they will make APCs and MRAPs, not star fleets.

Not Shipbreakers anymore! Guess we better wait until Jan 20th to see how the file configuration and other things is set up.

I propose to make a mod called “Desserts of Kharak”. Here is one of the concept units: 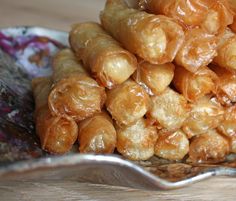 But I’ll need some more team members and concept ideas before this can really get off the ground.

We’ve also got kharak kake and kiithcream so far.

I’m free for beta-testing those

How about putting a giant turret on it that fires… Custard?

How do you call that strike group / formation? Pyramid?

First lines of the HW Historical and Techinal Recipe:

… 100 years ago, a big nose detected a cream under the pasta of the Great Dessert …