Not to discount the awesome work you already did, but are there numbers on the Pimp if you hit the sweet spot and crit all shots?

Sure… I’ll put something together in the same context as the other testing I did.

Anyone else down to confirm? The tricky part is that you need a Pimpernel and a Godfinger in UVHM at the same level. Give them to your favorite assassin and unequip the class mod, relic, and skill points. Go to the Highlands Overlook, drive down to the lower Catch a Ride, and walk to the front of the nearby tower. This should spawn a Badass Constructor. Then drive up to the bridge and shoot it in the eye with both rifles. We’re looking for the differences between the rifles, not necessarily compared to the damage from my own character.

2nd edit - B0re is what makes the Pimpernel shine, because it allows potentially all five bomblets to hit the critical spot per shot. You need to get I think at least three of them to hit the crit spot (and match the element to the health bar with a matching Bone of the Ancients relic) for it to out-damage the Godfinger at the 14x distance.

Tonight, I’ll see what I can do. I’ve got a corrosive pimp, bone and recently traded for a godfinger. All are 72.

Of course I have no idea how to record it. I’m on console.

edit - umm, I’m getting lower damage numbers for the Pimpernel 22183k (compared to the 26008k from the Godfinger).

Just off the top of my head…

Matching Corrosive element gets a 1.75% multiplier

I’m not sure how that fits into the formula, but if it were a flat multiplier to total damage, it would come out to 38820K

Even without getting those numbers just yet, we can check out how many damage points the Pimp would need to increase to match the Godfinger.It would only have to get an additional 3825K from the original 22183k. That is only a 6% increase.

However the multiplier gets factored in, I don’t see it making less than a 6% increase.

And yeah, Bore throws out every single number we can come up with. Just ask our old buddy Bunker.

Ran through Outlook a few times. The constructor refuses to spawn.

If you run down here and go anywhere near where that constructor is in the pic, one won’t moonshot down?

Not by the stalkers?

Go to the Highlands Overlook, drive down to the lower Catch a Ride, and walk to the front of the nearby tower.

I just looked it up from your on screen map. When you said “lower” catch a ride, I thought you meant the lowest one on the map

Going off your on screen map, it looks like it’s the Northwest corner of the map. I got it now.

The numbers are in.

I left all points on, etc.

Used the Pimp up close since distance didn’t matter and it was easier to see the spread of points. It hit for :

With one more number hiding behind those others. And unless that number is greater than 9936k, our winner is the Godfinger.

It wasn’t easy hitting a shot for that many crits but I’ve got to give credit where it’s due. If you go back far enough, the godfinger will out damage you.

I think it’s funny the people who say the godfinger isnt good. They just dont know how to use it. Just like alot of weapons in the game. To many people use the same op weapons that dont require to much skill to use. This topic has made me want to use the godfinger more.

I think it’s funny the people who say the godfinger isnt good. They just dont know how to use it. Just like alot of weapons in the game. To many people use the same op weapons that dont require to much skill to use. This topic has made me want to use the godfinger more.

The Godfinger isn’t good. There is not one practical situation in the game where it is anything more than bottom tier.

Cool man. Thats your opinion. But i say its good in my opinion. And i already repeated 2 times its not good in alot of situations. Who cares if its not ever practical? Borderlands is about having fun, trying out the tons and tons of loot, and using whatever gets the job done you like . And theres alot of situations i find it good. And the numbers in damage it does. Shown by the person above. Show it can do really good. You never have to play this game with the best top tier gear to do really good. Theres plenty of gear thats great. But not at the top tier. And for something thats different and makes you play different. The godfinger is that weapon. I like variety, not using the Lyuda and pimpernal over and over with my zero.

Is the space in the Raids arenas enough to make the Godfinger shine? Im thinking about using it in coop, hm

If you’re talking about the space in Raid bosses area… I’d say negative.

That is a MASSIVE distance. Raid boss spaces are huge but not that large. You could probably get some of the multipliers from across Terramorphous’s field. I doubt you’d get the full bonus. 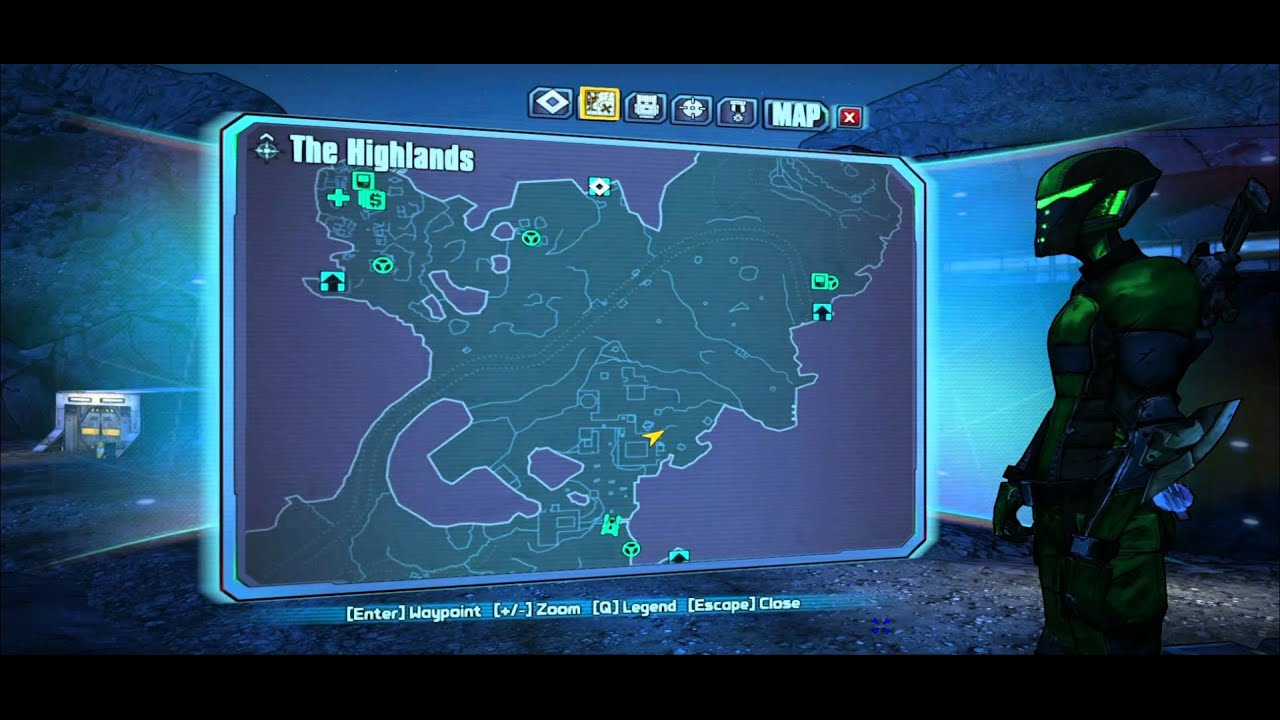 I don’t care what you “like” to use with your Zer0. I’m just telling you that there is no situation you’ll come across in Borderlands 2 where the Godfinger is anything more than a bottom tier option.

You suggested that people simply don’t know how to use it. This is not true. There is no way it can be used for good effect.

Being that the Gidfinger is bottom tier, you definitely don’t need top tier gear to best it. Non unique greens blow it away in terms of potential, dps, and real gameplay results.

I think our definitions of ‘real’ and ‘practical’ gameplay may be different. Sometimes I like to climb up to a safe perch and play the role of deranged rooftop sniper taking lazy kills… don’t want to bother with slag, don’t want to go into Deception all the time, don’t want to dodge enemy fire, don’t want to try to keep kill skills up or stack Critical Ascensi0n; just popping targets with single headshots, Jakobs style. While this isn’t practical on more than a few maps where the space is confined, there are several where it works fine.

Time and effort to clear a map with the Godfinger will be higher than any other purple or unique sniper, excluding the other trash tier snipers like the Cobra, Elephant Gun, Buffalo, Trespasser, or E-Tech.

Ok. Well i dont care what you think or say. I was just giving my opinion. You can keep saying its low tier and not good in any situation all you want. I still like it and have fun using it in certain situations. You repeating its not good and whatever. Wont change my mind. I have my opinion you have yours. And most people i come across when playing dont know how to use the godfinger. That is true. And I must of said three times already i know its not top tier. And its not good in alot of situations.

Everyone likes different things. Id hate to see a kerfuffle started over a preference in weaponry. Why does it matter what one likes to use? (Thats a rhetorical. No answer required) There are lots of guns for a reason. To use at your discretion. Others may get better use out of something another may not.