Something i came across/cc counter? 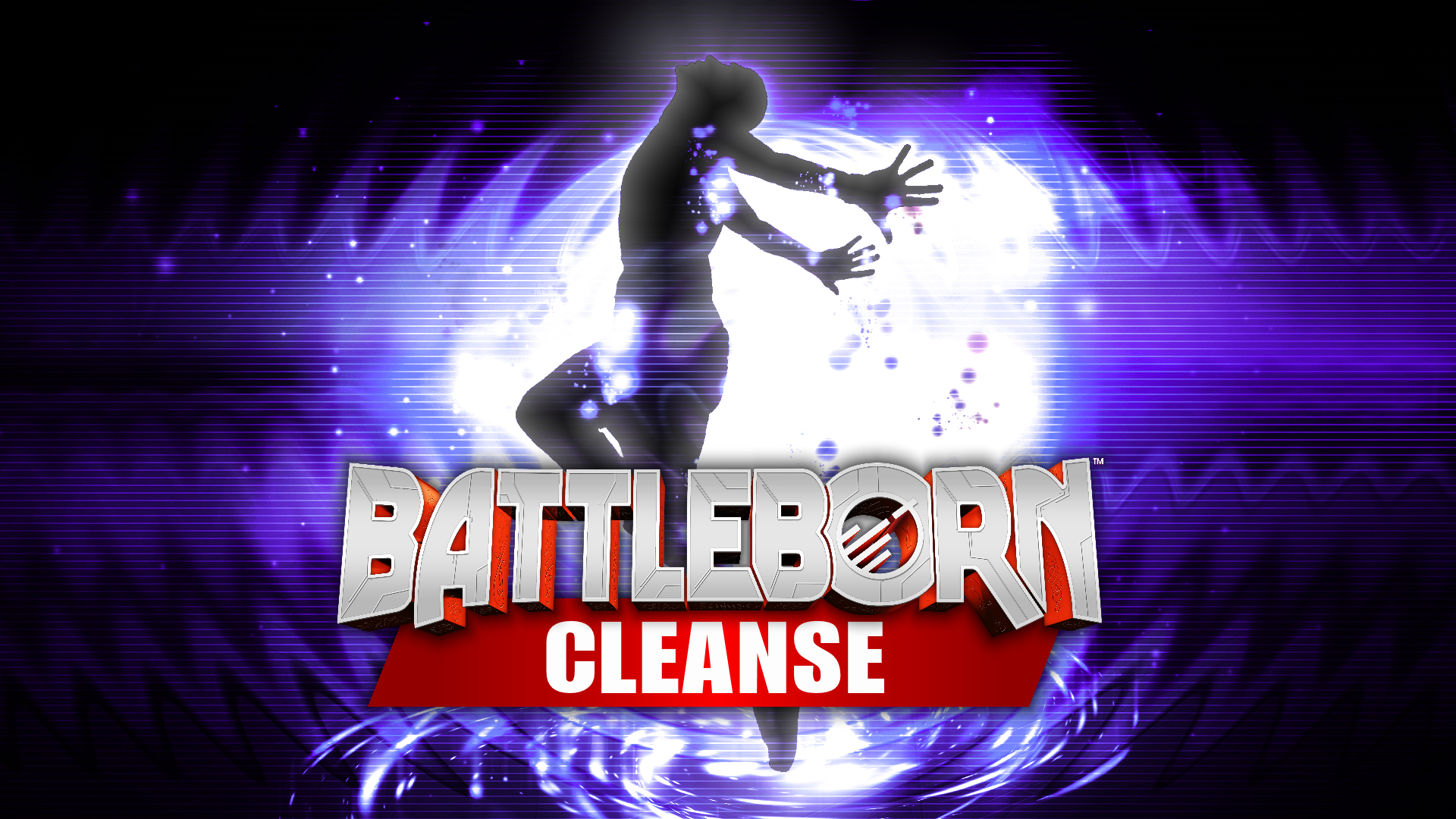 
Click the link I provided. I just skimmed through it and thought I would share it with everyone here.
3 Likes
vrlalilulelo (Toby's nest mate, PSN tronixde) April 12, 2017, 11:32pm #2

This is a bad idea, the devs will most likely screw up cleanse like they did w/ OP wounds/silence with Beatrix that ruin the fun of healing and characters with escape mechanisms.

However, I heard someone mention to reduce CC by 50% for a certain period of time after the first one is applied, I feel like this is an easy way to reduce CC meta and the devs can’t screw it up

I just can’t help but cringe every time I read a Mental Mars article. The dude may be passionate, but he just doesn’t do his homework at all. The articles are elementary cobbling together of various posts the developers made on the forums without actually looking into context (or proofreading, for that matter). Cleanse is not a new ability. It has existed in the game since release as a Reyna level 6 mutation. And while the developers have thrown around ideas for adding more cleanses to the game, it actually is a counterproductive solution that would only bloat kits further. The real problem is that too many characters have CC access to begin with (29/30 can slow, 16/30 can have hard CC; these are ridiculously high numbers).

The gear idea that gearbox threw around about a month back is just awful. It’s simply a terrible idea. It’s confusing for the majority of the game’s playerbase and not particularly interactive. While something like QSS from League of Legends works there, it only does so because hard CC is much less prevalent and the champions and situations where you typically build it force you to be much weaker offensively as a result. The gear system for Battleborn currently doesn’t incentivise logical loadouts based on role (see: all squishy attackers running max health gear and not being punished for not building damage), and CC is so prevalent that such an item would become a “must have” on everyone instead of a situational piece. Battleborn simply doesn’t provide the environment for a QSS equivalent to exist.

Overall, this article is just a compilation of things the developers have mentioned in passing on these forums. There is nothing new here.

Thanks for clearing this up.

Just remove all the cc!! End of the story!

Well maybe not that but give cc number inmunity? Like white 5, green, 4 blue, 3 purple 2, legendary 1 after x number of cc you are inmune for x number of seconds

The damned article page won’t load on my phone, in either Safari or Chrome.

Could some kind soul provide me with a summary, please?

MENTALMARS APRIL 12, 2017 BLOG
Battleborn Cleanse Ability
The current meta in Battleborn are the crowd control abilities. Picking characters with the abilities to stun your opponent and chaining these together can lock them out of the game. These stunlocks makes your opponent a sitting duck, making for an easy kill and preventing them from leveling up and playing the objective. During my interviews with the high level teams like dunk squad and lost heroes that where participating in the Battleborn Tournament they also mentioned this. In the Battleplan (45) the Creative Director of Battleborn, Randy Varnell, interacted with the community about some of the things they are working on for the game. He also stated that he is very sympathetic to the CC Meta, and that they are still working on a plan to dramatically change that in time. This is something that probably won’t be in the next major patch, but hopefully in a follow-up. This reminded me of a discussion i think not everyone is aware of.

Back in February Randy Varnell also mentioned on the forums that the team is looking into a new cleanse ability. This new status effect would remove any crowd control effect from the affected player. No definitive details where given if it’s actually coming to the game and on how the team would implement such a ability. Randy did mention a few possibilities how they could implement such a feature. One of them is like the new wound ability Gearbox Software implemented last summer. Wound was originally an ability that was exclusive to only Galilea, but this got some rework and got added to a few other Battleborn heroes. Wound reduces healing, health regeneration and lifesteal received by 60% of any affected target and got assigned to certain character skills. Gearbox could so a similar thing with the new cleanse ability adding it to certain character abilities. Randy did mention one implementation that would make sense and that is by adding it to Reyna’s overshield ability. Not to overshields in general because that would make Boldur even more of an unstoppable beast.

This implementation makes me think on how this would be executed because a stuns last for ~1 second. You would need some serious reaction speed would you be able to counter that by popping that overshield on an ally. That makes me believe that the cleanse ability is also a status effect that lasts for a few seconds. This would give the affected hero a brief window of time that he is unaffected by crowd control abilities like the stun and slow. Thereby making it more difficult for players to stunlock a single target.

Around the time that the discussion of the cleanse mechanic was active on the forums, Randy Varnell also did his own Twitch stream and spoke briefly about the subject. He mentioned that another way of implementing a cleansing mechanic was by adding it to the gear system. A player could bring along a piece of gear that would make him immune to crowd control effects once every minute or so. While Randy also mentioned another mechanic that could add to that, this is a very interesting thing to have in the game. Currently there is gear that reduces CC effects by a few percentage. But a 10% CC reduction of a 1 seconds effect isn’t very noticeable and therefor not very useful. If this gear stat was replaced with a cleanse stat those types of gear would become more useful. A skirmisher like a Caldarius or El Dragón that’s all about going in do a chunk of damage and get out, could do some sweet load outs for that. Having gear that negates the abilities that stop you dead in your tracks can be very beneficial. This way these type of character can disrupt the battlefield even more, however there is still the question will the cleanse ability on gear be for all CC Abilities or will it just specialize in one type of CC and therefore forcing you to sacrifice more gear slots.

Personally i would like it to counter all the CC effects, but it kinda depends which gear would get this feature and how it will effect up the balance of the game. What do you guys think of this new cleanse ability and how do you think it should be implemented into the game.

MentalMars
Awarded the Legendary Gearbox Community Badass status by creating over 200 Borderlands wallpapers and being on the forefront of all the delicious Battleborn speculation. I keep you up-to-date on the latest developments on Borderlands & Battleborn. This community project got a life of it’s own and keeps on growing.
Most Viewed Posts

So what do you guys think the devs should do to fix the CC Meta?

Here are my ideas/ideas I’ve seen on forum:

So what do you guys think the devs should do to fix the CC Meta?

Here are my ideas/ideas I’ve seen on forum:

Reduce ones stun duration by 50% for a few seconds after getting stunned to reduce the effect of stun chaining
Convert all stuns to slows/silence ex: 2 sec stun -> 4 sec slow and 2 sec silence so teams have to aim to get chain CCs

3 Remove slow from everyone else non tank/healer

I’d cry for a week if my ridiculously OP ERNEST Defence Egg slow got taken out : removed…

The point is: bb has a lot of CC it can be re aplayed over and over

Out of curiosity, does anyone run CC reduction gear in PvP? If so, how much does it really help, and does it work against stun, slow, or silence?

I just wish to have severe diminishing returns on slows and stuns.
No gear to mess up my beautiful builds.
The only time that the diminishing return would not apply to a stun, is if you happen to get stunned right before Deande’s ult

I did but is usless when you are in the middle of aoe.

Every tick re aplay it, so in the long run u cut a lot of time, but is not enough in the right moment when needed.

.4 seconds is not big by itself unless you get cced and Survive 10 times

Feel free to give me double strikes for bringing up something WoW related again, although in a different topic, but why doesn’t Gearbox look into something like this?

Diminishing returns, abbreviated DR, means that certain spells and abilities are less effective against player characters if they are used frequently within a short period of time. The table below contains a list of abilities that are affected by DR,...

Basically, the gist of it is this - the more times you get smacked by a CC before the first application of CC has a chance to wear off, the less effective any additional CC is.

For a more technical example, look at this quote

When a spell with diminishing returns is used against a target in PvP, the first effect has full duration. The effect then diminishes by 50%, then 75%, then the target becomes immune*. Spells must be used on the same target within 15 seconds of the end of the duration in order to be diminished. In other words, if a target hasn’t had a stun effect active on them for more than 15 seconds, the next stun will have full effect.

*immune to CC until the timer is up on diminishing returns

@Jythri, is a system like that simply too complicated to create in the game at this time? Because, if not, that seems like a pretty good solution without entirely breaking CC altogether.

But, any smart team STAGGERS their CCs.

Wait till the first one wears off, or is JUST ABOUT to wear off, then hit them with another, repeat.

That would be like Gali hitting someone with her Shield Throw and then, WHILE that person is still stunned from the Shield Throw, activating her Pull-enhanced Desecrate, rather than waiting til just as the person breaks free of the original stun and THEN activating her Desecrate to pull them back in.

(Michael Corleone: Just when I thought I was out, they PULL me back in!)

Or am I misunderstanding something here?

Ahhhh that makes sense, thanks buddy.