Stumbled upon this ... New MP previews?

I just happened to pass through this reddit thread about what seems to be some new maps for Battleborn, it seems they’re live on the Early Access according to https://youtu.be/WcBpXYxBYxk : 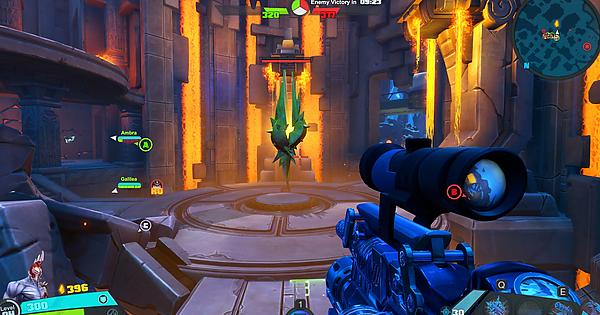 A few screenshots of the new multiplayer maps - Temple, Coldsnap and Eschelon. •... Multi lanes map ? What you think ?

Yes it’s a new map for Meltdown, that’s is the point. There’s also a new map for incursion and the map for deathmatch or whatever the other mode is on the imageset. So it seems we’ll have a least another map available for each game mode from release other than the ones we’ve played until now

Err that was known for a very long time that we would have 2 maps for each of the 3 games modes. We even ahjd the name already in the open beta, if you looked at the Achievements for each mode.

Buit yes, they’re up in early access so some peoples have been streaming playing on them. I’d say that after looking at them, overgrowth looks like the less interesting map of the 6.

Multi lanes map ? What you think ?

the picture is of meltdown. meltdown has ‘multiple lanes’. hence i was, and still am, confused.

Ah sorry i meant to say 3 lanes not really multi lane. But now that i’ve seen some actual footage i dont think its even 3 lanes, kinda weird. That and the new maps look a lot bigger.


There is also a video of the arena/capture mode