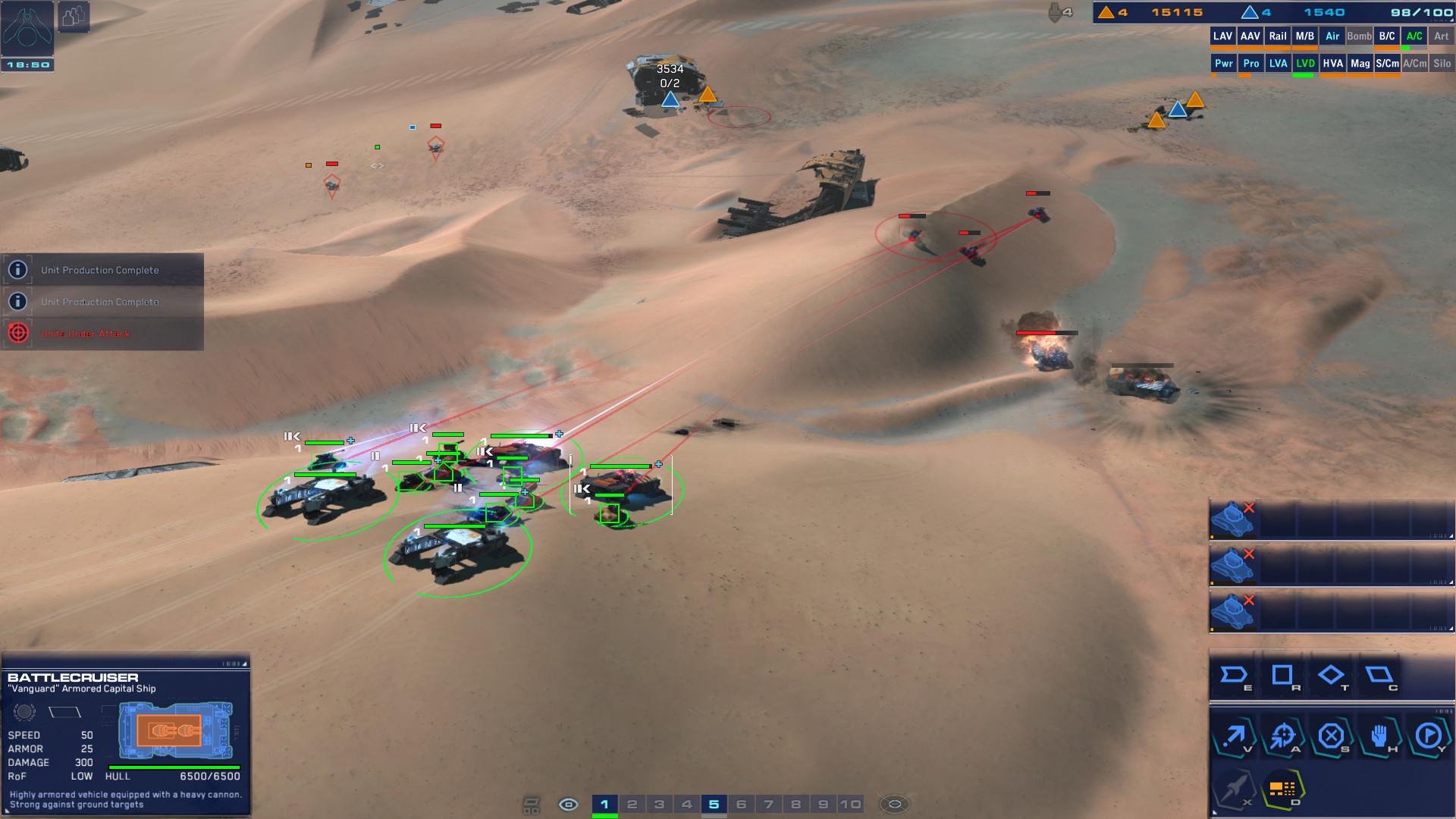 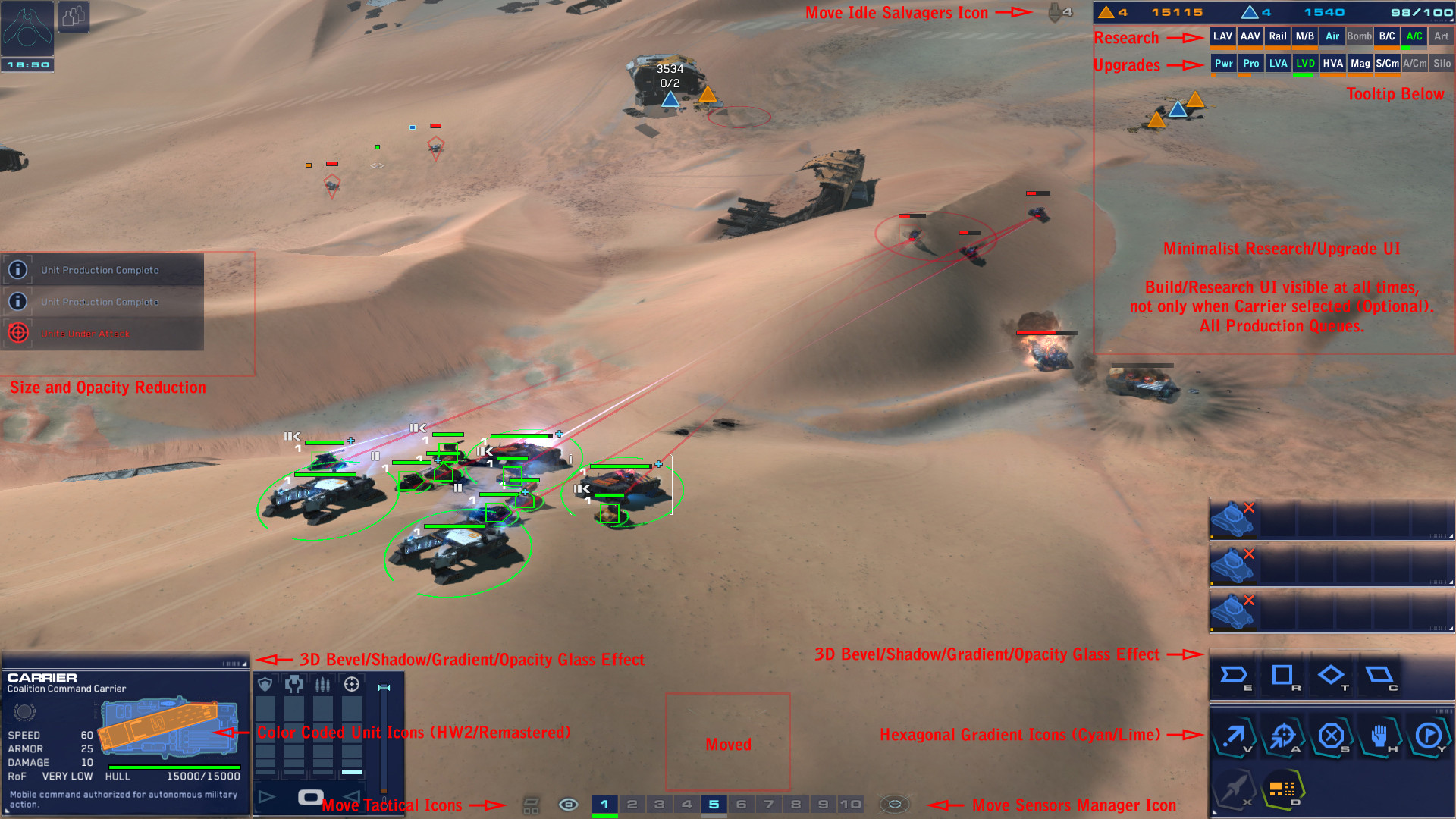 Limit to 3 production cruisers, and add 2 unit abilities to each: Set primary, and set secondary, the last (3rd) will be tertiary/backup. Thus, units can be queued from the carrier in batches, as well as each production cruiser individually (manually), without the need to select all production cruisers (F4), and would function almost identically to Coalition, via the ~ (tilde) key. 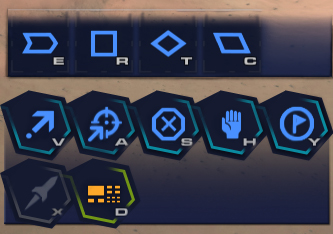 Slightly refined version (not complete, example), would require rework of other UI sections/icons.

Another work in progress, although I’ll probably never complete it (needs fixes, and 3d/glass effect).