Since this is the only active TV thread too, anyone a big fan of taboo?

Me. I really like that show. Found it difficult to follow at first but I think I’m getting the hang of it.

The only character who’s dialog is rough for me is the guy who played Tommy from Snatch - his lead “rough em ups” man.

The chemist is da best.

I mostly get lost in all the political jargon. Who’s doing what and why and names.

The chemist is great but i like Atticus (Tommy) the most aside from James.

There have been a lot of Game of Thrones cast in the show so far. It’s fun seeing them pop up.

Heard this morning it was renewed for season 2 which is good to hear. For some reason, I felt the show wasnt doing well. That and most shows I start watching on FX get pulled.

I didn’t know it was BBC produced until my friend started pirating them. That’s good, and gives it a longer lifespan.

This brief discussion has me more intrigued than I already was.

Do you know if the BBC version is any different from the one aired on FX? Cut content-wise.[quote=“IrishRebelA07, post:767, topic:2580, full:true”]
This brief discussion has me more intrigued than I already was.
[/quote]

Look at you, keeping a thread from getting derailed.

And, yes, I am a frustrating human being.

Look at you, keeping a thread from getting derailed.

I know. Look how far I’ve come. I’m such an adult.

And sorry @Arsonist
When I moved this to a new topic, it inadvertently made you OP and therefore will receive notification with each post. You can change that at the bottom of the thread.

Me. I really like that show. Found it difficult to follow at first but I think I’m getting the hang of it.

Might I add Jo and Irish doing their usual thread shenanigans brings warmth to my dead heart.

I’m such an adult.

Wish i were that peppy when calling doctors. Yet here I am wishing I could still have my mom call and make my appointments

Well, since we’re talking about it, you guys may or may not already know about the ghostly figures that have been hiding in some scenes. 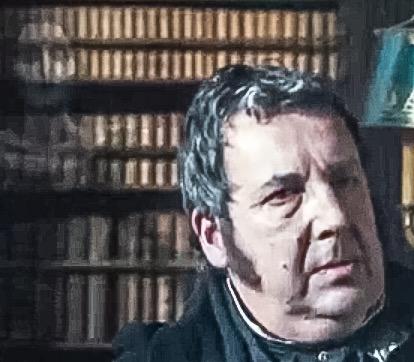 What they are is… very much up for debate.

I…Had no ■■■■■■■ idea…Thats his mother in the still. But I dont see anything in the clip…He’s too distracting…

Did you watch the season finale yet, Ars?
What do you think about Zilpha killing herself? Do you think she actually did or no?

Tags just in case you haven’t watched yet.

I hope she is done. I really did not enjoy her character.

Given what the show has given me, I do not believe that that event happened.

I think a key part of everything is… well, the name of the show. Taboo in every source of the word - if she had met her end, Delaney would have known.

On the subject of her character, I… positively love her arc. She’s drug down, subdued by actually, factually, a patriarch in this time, and then it takes her deep seated real passions to draw her out and bring her to the forefront of violent retribution.

Except she does it all without sounding like a crazy drunk person, like some other Lena Headeys I could name.

Her commitment to the end is troubling, but given I don’t put stock into it, I see it as her escape from that particular world, and thrusting herself instead into James’s world - his true world of depravity and weirdness.