i don’t like it. it resembles too much the actual ship we have on earth. i much prefer the earlier design. it looks more unique and original. maybe they can release it in a patch or dlc later on: 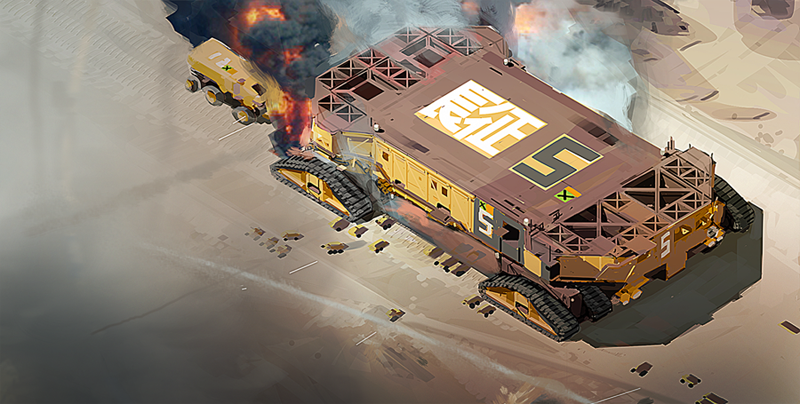 agreed. i wish the gearbox devs helping out could get more up to blackbird’s speed. their artists seem to be winging it somewhat.

Eh, what? Gearbox has done publisher/production stuff - but not ‘help’ in terms of artwork/coding. This game is BBI’s baby, purely. And their artwork is A+.

The video shows much improved graphics not really visible in the above pictures.
You’ve got to admit that the pictures above look pretty poor.
Let’s see what BBI has finally given us on release. I’l stop speculating

The ‘above pictures’ in this thread? You mean the 2d concept artwork?

What? You’re looking at concept art. It’s like complaining homeworld graphics were terrible because you saw their black and white sketches. Go watch the trailer.

I said “crap” to mean I realised my serious mistake.

Oh. Well then it’s my turn to say crap.

Well I wasn’t much of a fan of the dune carrier myself seen in the recent 2 trailers… But I’m sure once we play it a bit that we will eventually fall in love with it. What annoyed me even more is that the Hiigarans look human now instead of what they looked in the hw1 & hw2 concept arts. Of course that’s to be expected as people tend to play Humans mostly and not Aliens.

Also not sure if that ship wreckage is 1 of several wrecks in the Desert or the actual exile ship. If it’s the latter it’s also disappointing as it would completely ignore the design given in Hw1. But they can’t be that stupid so I assume it’s just another ship buried deep within in the desert kinda cool. Guess the Campaign will be some sort of “Race to the Artifact and the final mission contains the final derelict with the guide stone in it.”

In either case while somewhat different this game looks and feels already like a true Homeworld Game. 7 more days to go my friends…

EDIT: After seeing the carrier in action in the 2 IGN videos I do like it… Looks very imposing. A little more Alien might still have been fun though. But I suspect then people might have complained “why is it like that and this?” And they would’ve been unhappy with it also. So I suppose the way they made it look like makes sense. Simply so it’s comprehensible for everyone.