The ingenius way on how to save Battleborn!

Yep. All beloved video games eventually get into the Kart Racing genre sooner or later, so why not start now?

30 characters, each racing throughout worlds in Solus, from the slums of Tempest to the Sky Temples of Luxuria 7, all in their quirky vehicles of choice. You’ve got Montana and the Lumbermobile, Ambra riding on top of a meteor and Kleese on his, well, his throne - b-but, it has rockets this time so it’s totally different!

And stitching it all together is, of course, pesky Rendain who threatens to take over yet Solus again, lest the Battleborn compete in his gigantic, if not expensive, space-stadium which sounds oddly like the synopsis for Crash Nitro Kart but, again, totally isn’t (because that would be copyright infringement. Obviously).

What do you think guys (and @Jythri)? I mean, you don’t have to pay me right away, but I would like a cut of the profits sometime down the road (har har!) when this baby goes critically-acclaimed and everybody begs for the sequel.

I’m trying to think of places to race in and what vehicles the characters would have. Any ideas?

All of the other gimmicky queues failed, focus on what the people like about the game.

I brought this up last year!

My reference was the vehicle races in Rage, which are pretty fun.

Only if Toby’s vehicle is Berg ripping off Transformers…

Lol he’s just kidding, guys. Wait. Are you kidding too? I can’t tell if you’re pretending to be serious or not either! Agh, what do I do?

Benedick Dastardly and his rocket car

Would also be good if character select always worked.

Ghalt can lay a scraptrap down behind him like a banana peel. And his hook can be used to pivot-drift around corners. His vehicle is a 67 Ford Mustang powered by incendiary shotgun blasts. Yes.

To be a bit of an honest assh*le, i’ll say that i don’t think this idea would help Battleborn in any way.

That being said, i LOVED “Motor Kombat”, and would buy “Battlekart” in a heartbeat!

Maybe they could do this as one of those random fun weekend modes or something, kinda like how OW has an arcade mode, but I doubt it’d be something people take seriously. I do agree they need to work on getting people into the game first before they start going crazy with stuff like this

I’m totally joking. But it is an idea worth thinking about

Alani surfs on a giant wave.

Oscar Mike rides a shopping cart, because he misunderstood the directions.

But it is an idea worth thinking about

Just in case you didn’t read the above: 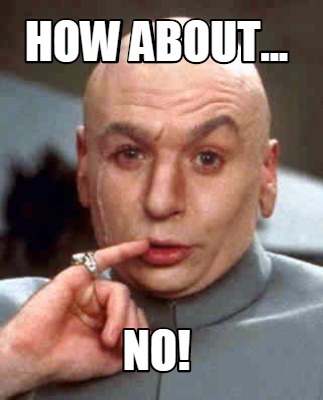 We all want more Battleborn in our lives. But why stop at a single MOBA/FPS fusion? It’s obvious to me that there lies great potential in Battleborn and its cast. Here’s some ideas for spin-off games that I feel could really help Battleborn branch out and conquer the pop-culture universe. Orendi’s Tabletop Simulator Everyone’s favourite varimorph has invited you, along with the rest of her Rogue friends, over to Casa de Orendi for a night of board games! By the time you remember that Orendi is…

Could be fun. I was a little dissapointed in TFR that they didn’t make the Viper ships flyable, because THAT would have been amazing…