So, last night I was screwing around with some gear ideas with my friends @VagrantSun and @Nemosis327 and I can up with a fun, unconventional build idea for Rath revolving around a piece of gear called Starkweather’s Ocillator: 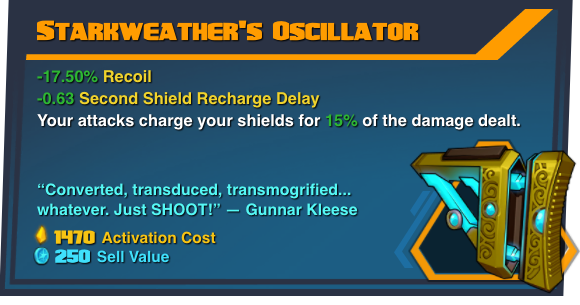 Now I know what you’re thinking, running minus recoil gear on Rath? Madness!!! But the original idea behind it was to give him an extra 15% self healing on top of his life steal, which on it’s own is kinda meh since the primary and secondary stats are somewhat useless on Rath. However, I figured out a fun way to use it’s legendary effect with Rath, but first you are going to need two more pieces of gear from the following: 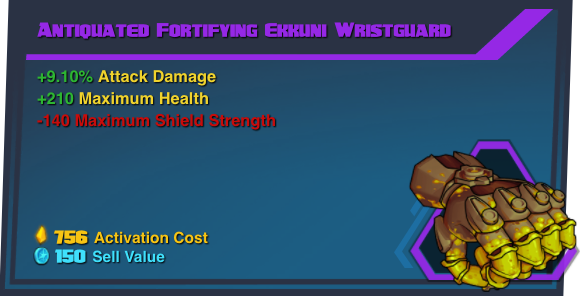 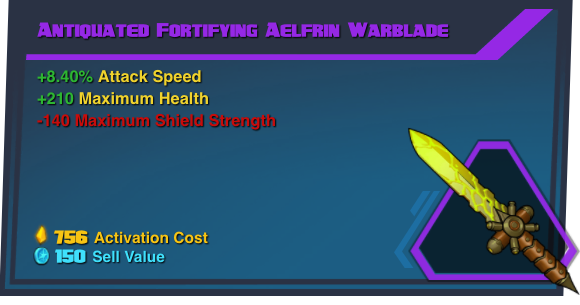 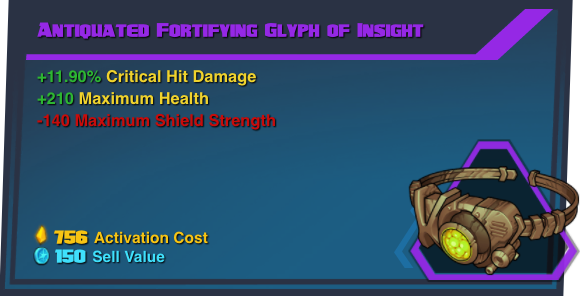 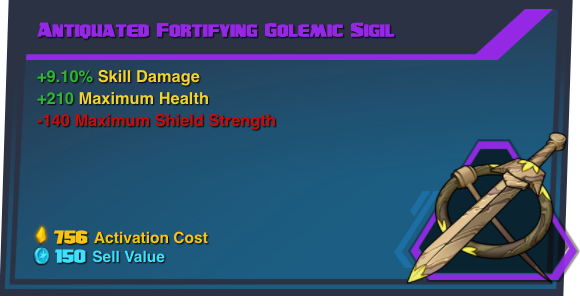 I personally prefer the Attack Damage and Skill Damage but it’s up to you what you grab.

With all your gear active you have exactly 20 points of shield. So 20 points of shield and a legendary gear based around restoring your shield capacity. Sounds pretty ■■■■■■■ stupid so far, right? But here’s where it gets fun. Rath has this wonderful and underrated helix at level 7 called Evasive Maneuvers. It grants him a nice 30% increase to movement speed for 6 seconds when his shield breaks after a full charge.

With this loadout, it takes one hit from Rath’s secondary attack or two from his primary to fully recharge your shield and it takes anything stronger than someone looking at you to break it. With Rath’s Evasive Maneuvers, you get to run around in a state of constant 30% movements speed and the ever recharging shield gives you quite a bit of cushion from critical hits. And as an added bonus every time your shield breaks it creates an annoying light nova around you, confusing your enemies.

As a disclaimer: this is not a competitive build but more of a fun build for screwing around in pubs to keep things fresh. I will say this though, my personal experience with it is pretty good. I’ve done exactly one game with it and the enemy team surrendered 30 seconds after I got to level 7. Coincidence? Probably.

Helix choices are flexible as only Evasive maneuvers is required. But if this build makes you want to try Rath, here’s a recommended helix path

To get the Starkweather’s you need to open up packs because it only drops from them. Ideally LLC commander packs or legendary packs.

To get the other pieces of gear, open Eldrid packs.

You can use the common, uncommon, rare or epic versions of the minus shield capacity gear but I personally prefer the epic versions.

To anyone who tries this out, record some clips of your post level 7 gameplay and post them here. I know I’ll try to get a few clips. Let me know how much you enjoyed it.

Starkweather’s Oscillator is a pretty heavily underrated piece of gear - I’ve been running it recently on my Foxtrot build and it’s a very nifty little thing to have under your belt. Could synergise nicely onto Caldarius as well.

Vagrant and I tried it with Montana while being pocketed by Miko. RIP Sentry.

Hmmm… Double-lego loadouts are meh, but is there any other gear which adds lifesteal to basic attacks for non-Jennerit characters?

Would this work well with phoebe, considering her level 6 mutatation?

I read this with my morning Espresso, today is a good day.

Such as The Leechsteel Brooch?
(Or would you not rate skill attacks as basic?) I have to try this now.

I have 1.24 million credits so grabbed 16 LLC loot chests this morning after seeing this.
Nada!!! Curses.

Holy ■■■■, you could spam gate without giving up the slow effect. That’s straight up nasty. @ShadowHaven get on it. I want to see some hate mail before the day is over.

this could potentially be game breaking, I shouldn’t have said it haha

@RedX you need to know this too. I’d tag more Phoebe mains but I only know two.

Vibro-Core Module works too but it only works if your enemies are shielded or overshielded if you want some usable stats on it, i’m guessing oscillator works on any attack? Seems like something fun to try out though getting to 7 on “Fun” places like QM is gonna be hard if both teams aren’t just a bit decent to make the game last that long.

The thing is, phoebe’s gate cancels during mid phase when the shield is broken so it will be pretty hard to pull off if you are constantly getting pelted by ranged attacks with a 20 hp shield but… it’s possible. Would be hilarious seeing multiple phase distortions everywhere lol

Though I think I’m gonna try this with Shaurox too, Shield Regen all the time when you attack seems good.

Doesn’t work with her. She has a 600 point shield.

but i mean to keep her shield up, i don’t want it to break.

Oh. I assumed you ment for fleet footed. Which I assume works like other “when shield breaks” abilities and needs a full charge afterwards.

Correct me if I’m wrong but doesn’t this work around that bug? You have complete control over your shield capacity since you aren’t dependent on phasegate to recharge it.