The Return of the Love/Hate Thread, the Sequel Part II : Tidal Wave

You all know I love a good argument. We got a lot of mileage out of this one :

[image] I was inspired today by yet another debate about the perennially most-contested article of gear in the entire game : the revered , the despised , the under-appreciated , the over-valued , the superlative , the mediocre , the underwhelming, the invaluable FLORENTINE! I’m a great lover/hater of the same debates that crop up over and over : Doc’s vs Rustler’s ( Doc’s is the correct answer ) Flicker’s effect on Scorn ( none is the correct answer ) DPUH or Hard/Crammed/Intense Harold …

This time I’m not starting an argument, just perpetuating one. The genesis of this started with @Kuolemanlaakso wondering what to get his Gaige who was just about to clock over to UVHM :

I’m thinking a Harold, some kind of shotgun (Jakobs?)

To which I replied : Get a Tidal Wave!

Now why did I recommend that gun? My inspiration was ( and isn’t it always ) from @bew_'s recent Gaige / Tidal Wave showcase :

How strong is actually Gaige on OP0 with 0 starting stacks? Gameplay Videos

My justification was that Gaige loves a two-barrel Jakobs shotgun : lots of pellets for managable ammo & she gains at least one stack ( and Shock & A!! ) with every shot. Gaige is not normally a natural fit for the Lady Fist, which leaves the quest reward somewhat optional for her. The Tidal Wave’s goofy pattern is made mostly irrelevant with Close Enough and Anarchy.
Therefore, this makes the gun an excellent choice to start off UVHM, instead of trying to find a Striker ( which is also not a natural fit for her ) or a Coach Gun.

I was so inspired by myself

that I picked one up and spent a couple nights with it ( with Maya and Zer0 ), and was thoroughly pleased with it. @Kuolemanlaakso accused me of being a troll and @HeavenlyAnarchy and @Kurtdawg13 joined the dogpile.
The gloves came off and a challenge was issued.

But does that mean it sucks?
Time to decide!

Anyone who wishes to tender an opinion shall have to do the same (I’m glaring at you Kurt)! Video proof required! Anyone who simply states “it sucks” shall be perma-banned ( I have nothing to back that up ).

I picked one up and spent a couple nights with it ( with Maya and Zer0 ), and was thoroughly pleased with it.

We’ll make a Landscaper of you yet!

@FunkJunkie keeps trying to make me update my version of the Community Patch so that the Tidal Wave becomes the Flayer, but his chafing irritation about the subject is pretty amusing in itself.

We’ll make a Landscaper of you yet!

She’s accumulated some more dubious gear, but my most dubious load out so far has been carpet bombing the Dust with the Bearcat, Logan’s Gun and the Landscaper with Converge and shock singularities to facilitate.

I did say it’s an interesting weapon and certainly not bad, just not worth using over pretty much any other shotgun from the same manufacturer. But suuuuuuuuuuuure, you use artistic licence with the truth if it suits your narrative! 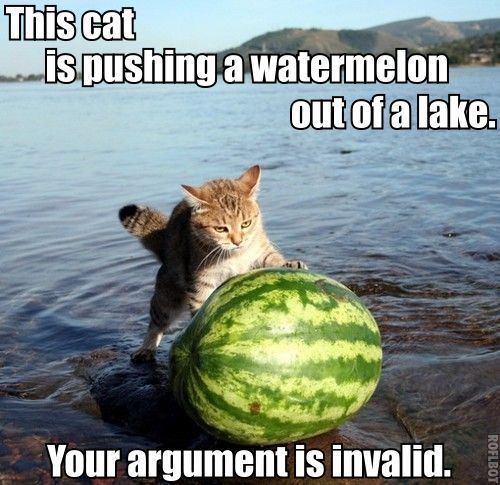 That meme needed to be posted on this thread and I can only thank you for having the fine sensibilities to realise it!

I believe you said this :

My advice is don’t bother.

I dropped it somewhere in Southern Shelf, I think it fits in the “nice idea, terrible execution” category.

Although I’ll grant you said

I’m jesting. It’s decent, not terrible. I just don’t see why i’d want to use it over any other Jakobs shotgun. That’s all.

I should probably point out at this stage that i’m a bit of a troll myself. I know, you’re shocked and surprised by that! I only got rid of it because I found I wasn’t using it, I was using my Flakker more.

I was using my Flakker more.

Then all is forgiven

I note one of your examples at the top was a similar thread on the Florentine. I dare not read that thread, i’m something of a Maliwan fanboy so you can work out from that what my opinion on the Florentine is… I mean look at how beautiful it is…

Well if you did have the stones to read the whole thing, you’d find out that at sub-OP levels , I like the gun ; at OP levels…hate. It’s more of a like/hate thing than a love/hate.
Also that thread was a lot more divisive than this one could ever hope to be.

Challenge accepted. The problem I have with my love of Maliwan is, nobody will give you any credit for doing a Maliwan allegiance playthrough, and that to me is an indication of the incredible power their weapons have, if you choose the right ones

, i’m something of a Maliwan fanboy so you can work out from that what my opinion on the Florentine is… I mean look at how beautiful it is…

Yes. YES. Never fear, there were bandits with taste in that thread defending the Florentine’s honour.

Also that thread was a lot more divisive than this one could ever hope to be.

I’m watching this one with baited breath as I’m really not sure where it will go. I’m actually (pleasantly) surprised to see any pro-Tidal Wave voices here; my assumption when I saw the title was it would be scorn all the way down.

there were bandits with taste in that thread defending the Florentine’s honour.

Don’t get me wrong, if I wanted just a slagging tool i’d probably take a Slagga over it, but for slag and killing ability, the Florentine wins

@FunkJunkie keeps trying to make me update my version of the Community Patch so that the Tidal Wave becomes the Flayer, but his chafing irritation about the subject is pretty amusing in itself.

BL2 Funk sees his shadow, scurries back in his den

It seems the Flakker doesn’t work against Crystalisks, which is disappointing.

When the Mods took off with the UCP I was hankering to improve the Tidal Wave after Shadowevil removed it. The filtier tool negated my need to do that, as they made it optional and buffed it. But all that said my take on the Tidal Wave was this:

It ought to work with the Bee with the unlisted projectiles, so that should be a perk.
The reflecting bullets make it ideal for indoor combat.
The wide horizontal spread is counter productive
The slow projectile speed makes it ideal for stationary targets, or slow moving ones.

All that said, I realized that when I went back to BL1 the T. K.'s wave wasn’t much to write home about either. It being a Dahl Shotgun it at least had a nice fire rate, but the per pellet damage was minimal, and the spread wasted those shots.

I wished it was useful as say, the Typhoon, but alas the legacy of the Wave is that it’s the punchline of the joke:

What kind of gun would a blind man build?

It’s literally a gun that sends bullets all over the place .

That being the case only Close Enough & Bore seem like skills that could make good use of that, but the decay of the projectiles seems premature and negates the usefulness of those skills.

I can defend a lot of “bad” guns, but not the tidal wave. Even at my level cap of 50 in tvhm it wasn’t very good

It was I, who called you a Troll. That credit should not be laid upon @Kuolemanlaakso

And again, I’ll point out that you used Zero, who can make the best use out of that crappy Shotty. And you picked the easiest Boss in the game to punk. Bnkr has the largest hit box to my knowledge, if not the largest, one of the largest. I mean, Gaige can Bore Bunker in a single shot with a Twister. Come’on man! lol

Take your strategy to a tougher boss. And don’t go trolling me with a Tinder Snowflake kill.