The Vehicular Thread! It's about Vehiculars!

How do you get about in this fast moving world? Or do you? Hmm. Didn’t think of that. Anyway, love em or hate em or eat em or don’t use em, talk about Vehiculars. There’s all sorts for all sorts, so maybe we have a thing to talk about.

Storytime: The Trails and Trials of the White Ghost.
Friend of a friend story. So, when we lived in Washington there was a guy who owned a tan 86’ Toyota pickup truck. Wasn’t in very good of condition, so when it went missing he wasn’t worried about it too much. One year passes, and guy has a new truck from the insurance money.
Gets a call from the police. Says they found it in a parking lot, painted white and with the engine all fixed up. And a mysterious pipe sitting in the floorboards.
To cut my longwinded BS short, police suspect that local white supremacists had stolen the truck, used it for awhile and then ditched it. Authorities thought the pipe could’ve been a bomb, so they got the bomb disposal crew or whatever to put some stuff on it and blow it from a distance. Wasn’t a pipe bomb, but the stuff they used did spread this black grit all over the inside of the cab.

There it is, in all of it’s ugly glory.

The legend in all of it’s glory.

It’s ugly, we left it in the woods for 7 years(yes, that was bad) but I love it. Best first vehicle I could hope for.

Anyway, talk about your own vehicular now, if you want. Doesn’t have to be an automotive vehicular, just something you like that moves you around.

Do my legs and a bicycle that is rusted count?
One of them requires enough maintenance that its cheaper to buy a new one.

I just walk most places, or get a ride. Don’t really like to drive

This was my first car (I still have it, trying to sell atm)
1986 Mitsubishi Pajero 4cyl petrol (had a engine rebuild)

This is what I replaced it with, major upgrade…
2011 Mazda BT-50 turbo diesel

Its a ex-council ute with about 40k on the clock, and it does this…

Bought with 99000 kms. We drove from Valparaíso to Antofagasta on it, great car for long trips.

But actually, since I don’t drive, I’m used to move on this 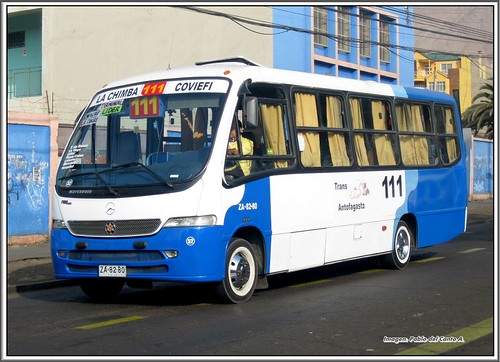 Is it me, or the aussie and the chilean license plates has the same size?

My two cars have 7 digits and the two you posted have 6, very close

The first car I ever drove was a 1964 Chevy Impala Wagon. The original six banger was replaced with a 396 Chevy with a single four barrel carburetor. It had power and then some.

First car I ever owned was a 1978 Oldsmobile Cutlass Supreme with a 260ci V8. Bought it outright for $400 cash. After a carburetor rebuild (2 barrel) it ran like a top though the body was starting to show signs of minor rot in various places.

Oh ye, the White Ghost is under maintenance. Problem with the transmission.

Dunno why this is “necessary” to mention, but I made the thread and shall abuse this power all I want.