Who else here is excited for this one?

Despite the fact that I will not be pre-ordering it, I am actually very excited. Reviews are incredibly positive all around and I enjoyed the other two immensely. I look forward to it more than Dragon Age as the lore is not so intense and the story a bit darker.

The word on the street is that it actually gets easier halfway through, possibly because of all the side missions and leveling that you do. So the suggestion is to choose a level higher difficulty than you would normally.

Yeah I’ve read quite a few reviews about it too and it sounds amazing so far.

Also you gotta just love the devs on this one. 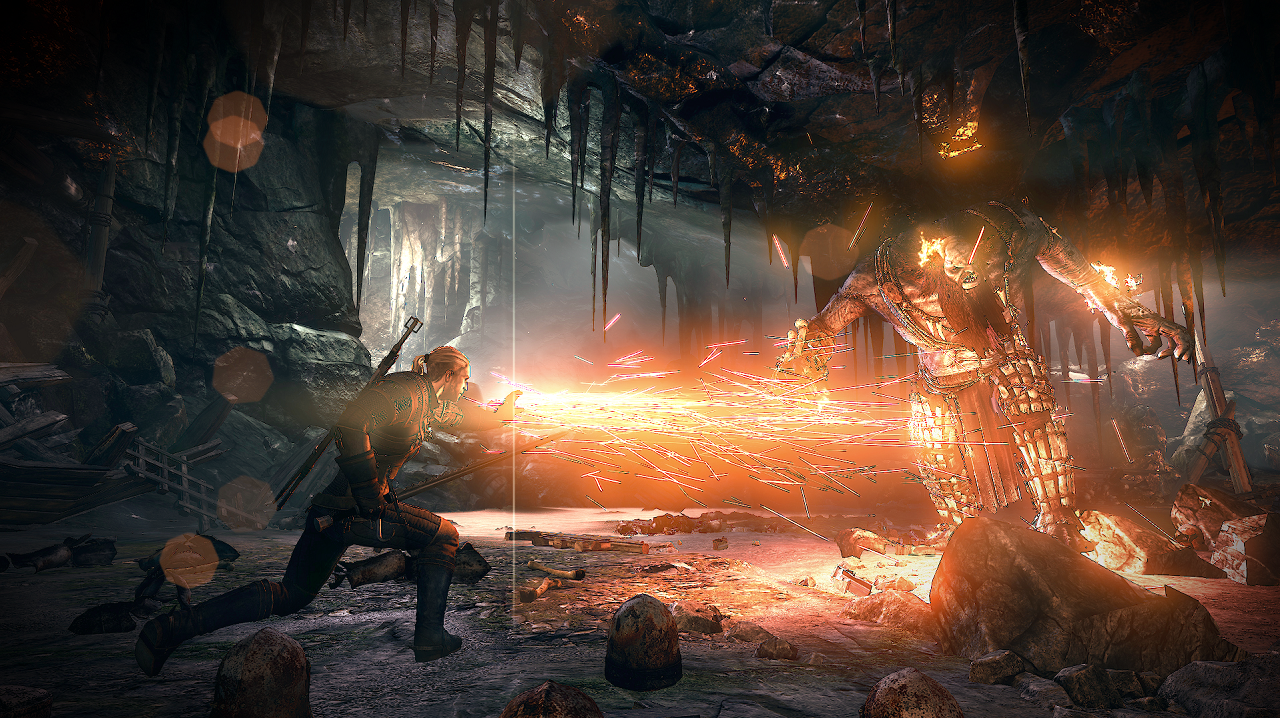 The Witcher 3 Dev on Making a Stand Against Paid DLC

“We, as gamers, would like to be treated this way."

Never played 1 & 2 but I’m a big Elder Scrolls fan. I heard good things about the Witcher 2 though. 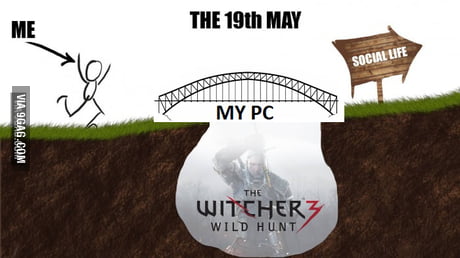 Substitute my Xbox for PC and that’ll be me in a nutshell.

Witcher 2 was awesome and I’m really looking forward to 3.

Got a free code with my GTX970 so looking forward to playing it.

Have had it paid off for a couple months now. Awaiting Tuesday.

Me too. Waiting for the mail.

I found the combat controls just awful in 2. It has a good story and hell I paid 3 bucks for it, but I found the controls beyond aggravating.

Maybe it’s better on console or I should try a 360 controller with it.

One thing they have said about 3 is that they have vastly improved the combat controls (so they say anyways) because of the complaints about how clunky 2’s combat was.

Well it is a very pretty game. Just started on the adventure. I want this game. Before yesterday I was completely ‘meh’ towards it. Then my brother sent me some screenshots via PSN and I flipped. I want it NOW!

I turn around to my wifey lying next to me on the couch and say "what is this s*it, I pay 70 bucks for a virtual reality in which I don’t get laid whenever I want, this is basically like real life!”

Wifey laughs and tells me to go back to work.

Aside from that I’m having a blast so far, the game is great. And yes, it looks quite gorgeous, even after the hefty downgrade compared to the 2013 trailers/material.

I need to play Witcher 1 and 2 first, bought them on a sale but never played them. But I’m not impressed by the W3 graphics. Maybe that’s because of Skyrim heavy modding, or the graphics toned down thanks to the ‘next gen’ lol.

I have made my first ‘conquest’. The sorceress Keira has succumbed to my Witcher charms.

When are people going to learn that graphics don’t make a game? Ye it looks great, but the gameplay will either grab you or puke you out!!

I got to level 10 and gave up, shear boredom and frustration in the games random structure. The loot system is awful, and I didn’t take to the combat system which compared to Dragon Age is just so dull. Not to mention the fact you get gear and missions 20 levels higher than you…WTF is going on in the game? Weird design. Obviously not everyone’s cuppa, and I’m very disappointed. Maybe Elder Scrolls will come good on the PS4.

Elder Scrolls (and most Bethesda titles, if not all) are games to be played on PC. If you have a PC you shouldn’t even consider buying it on consoles.

This one won’t get all the mods that Skyrim got, though, as it’s an MMO. Thus buying on console shouldn’t make a big difference.

Also, if you don’t have a PC for gaming and don’t want to game on something you use at work all day, the console version should be OK.

I know where your coming from, but I’ve been a gamer for a long time…too long

I went through the PC phase, and I do know have a good PC, but I need to sit away from a keyboard and mouse, and in most respects I prefer using a controller. I know some games on the PC allow this, but others don’t (Diablo3 for example, and I prefer it on PS4 having played both). I’m used to it now, the PS4 is a damn good machine and from what I’ve seen the ESO looks and controls really good on it. I played Final Fantasy on the PS4 and that was fine, Dragon Age was awesome on a controller. Some games like Settlers and Age of Empires, those kind are PC only for sure, but I’ve adapted and don’t really mind to much.

Skyrim is NOT an MMO.

I watched some people stream Witcher 3 and decided to buy it. I wanted to explore the world and experience the story myself. I had already seen that the controls looked a bit wonky compared to PC games, and was worried about that - and it turns out I was right to worry as the K+M controls are terrible. The game is clearly made for a console and ported to a PC pretty much as an afterthought.

But imo it IS beautiful, certainly for a console game. That isn’t about the graphics capability as much as it is about the artistic style and choices made to display things a lot of games don’t - like the view through a cut-glass window. Very nicely done. Sunrises/sunsets, again, great job. And the story is awesome compared to any game I’ve played.

A couple of the streamers I watch really like the combat. One even said it was far better than Dark Souls. As a PC gamer used to being able to do complex things without opening a menu every 10 seconds I find it clunky, but I do think I’ll like it better once I get used to it. Since it doesn’t control like I’m used to, besides the devs just making bad choices in how they made things work with K+M I just have to “get good”. Some people find it too simple and don’t like it because it is no challenge - but I think games like Witcher 3, Dark Souls, and Shadow of Mordor give you the chance of having a more complex fighting experience, so you can do that rather than mash a button or two if you want. At least Witcher 3 gives you difficulty levels, so if it’s too easy you can step it up, and hopefully you can find a level more suited to your difficulty desires.