"They" can be plural, and non-binary can mean computing

FL4K’s “gender” (it is a robot, at some point we water down this word to be meaningless) is the most discussed thing of any class on the forum, even though we have skills out. Obviously the controversy here is part of the reason they teased the character the way they did.

From what I’ve read, though, every description of FL4K uses plurality. I think what we’re actually seeing is a collective Artificial Intelligence, like Legion in Mass Effect.This is further enforced by non-binary just meaning that it uses quantum computing, instead.

Just a thought on how the character is written, while avoiding the obvious debate already simmering. Of course it’s Gearbox so they probably mean both ways and probably hope some players get offended one way or another

Please change your title to “They CAN BE plural.”
“They” is not universally plural and that’s just a fact.

I don’t want to end up stirring a hive, but I’ll give my 2 cents anyway.

‘They’ is also the closest things to a non-gendered pronoun. There is ‘it’, but it makes the person an object, not an individual. There are several languages which do have proper non-gendered words to refer to an individual, like how ‘het’ can be depending on the context in my mother tongue but english just doesn’t.

This is GB though. Let’s be honest here, we know how they like to play with these things. It’s definitely a computing pun, but they were certainly aware of what the community would think when they decided to use those pronouns.

And thank God they did. As awesome as fl4k is, we have no info on them right now, so this gives us SOMETHING to talk about until they reveal skill trees. I’ll gladly partake in this discussion until we get some gameplay revealed.

This topic is a master class in how to find the pun, while also totally missing it.

Yes, it is that, but it is also a metaphor and an allegory to finding your true identity (that FL4K is in a journey of “self discovery” is flat out stated in the style guide description), one that is very clearly meant to echo the experiences of non-binary and transgender people. Gearbox is absolutely, without a shadow of a doubt making a comment on gender, only in a way that isn’t obvious or heavy handed. Whether you see it or not doesn’t change the fact that it is there and whether some people like it or not doesn’t matter one bit.

one that is very clearly meant to echo the experiences of non-binary and transgender people.

That is in no way the case. Say what you want on the whole FL4K gender vs non-gender debate, but in no way does this machine actually relate to that of a non-binary or trans individual. The obvious difference, FL4K is an emergent AI. A literal “machine” that found consciousness. Non-binary people are people that don’t see themselves as any gender. Trans people are people transitioning from their original sex to another sex because they believe and feel they are not what they were born as.

Huge difference to FL4K, who doesn’t even understand human constraints or constructions, because they were neither born to them or expected to accept them. As of now, it is a literal it. We give it the they/them pronouns because it identifies them as a sentient being capable of learning and adopting human beliefs. As Boom said, it’s too early to tell, even with the style guide yielding the little information we received. We can’t just assume the character is anything like us, because it simply isn’t. But if this is how Gearbox is choosing to implement the message you think they’re trying to send, well no one can prove or disprove it.

There’s a pin on their jacket that is 010 crossed out.

But more importantly. It’s in the colors of the NONBINARY PRIDE FLAG.

(Also OMG that pin is amazing and I need one.)

Oh, didn’t see that. You all might actually be right.

I respect this reply.

Confirmation from one of the game’s writers that the parallels are 100% intentional (read the replies to the tweet as well for further confirmation): 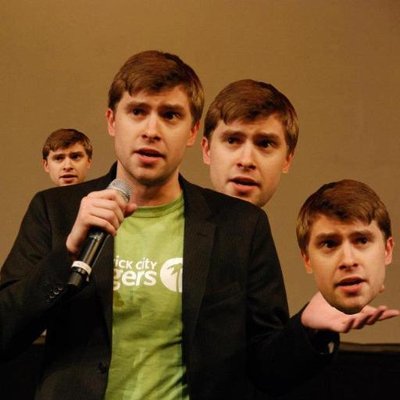 Why can’t Fl4k just be Fl4k or whatever you decide to name this mysterious AI Beastmaster. Instead of getting into all these debates.

There shouldn’t be a debate. You’re the one debating a fact. Their pronoun is they. You’re arguing. We’re telling you you’re wrong. You’re not accepting that.

It just doesn’t click with me is what I’m saying.

And that’s your problem. If something doesn’t make sense to someone, and they have had it explained to them multiple times, the problem is on them to figure out how to make it work for them.

I just referred to a singular they multiple times in a sentence that is very commonly structured. We use singular they. All. The. Time. People only wanna forget it exists when it means they can ignore the existence of people they find inconvenient.

Players can individually either go with it, ignore it, head-cannon the character differently, or choose a different one entirely. But that is their choice; the writers have made a deliberate choice in creating this character, which resonates with many fans of the games and users of these forums.

Out of respect for the writers and other forum members, then, if any individual chooses to interpret the character differently, please don’t turn this into some issue over linguistics or anything else.

Now, can we all get over this and move on, please? The moderation team would appreciate it.