Listening to the Bordercast last night, they had the idea of making it possible to play in True Takedown mode throughout the rest of the game. What would people think about this? Right now some pretty OP builds are possible and it would be nice to have a way for the rest of the game be challenging enough for them without creating five new Mayhem levels. Naturally, TTDMM would want to have a worthwhile reward such as triple dedicated drops from bosses or something. How would people feel about such a mode?

Without the need for new Mayhem level weapons, I think it would give a new challenge to the likes of Moxsy, Joltzdude and people who play on that level. I, for one, would love to try out a TTD Circle of Slaughter.

Would be nice, but I guess it won’t happen until the game will be more balanced, so probably after DLC4.

Yeah I think balance and fine-tuning is the focus for now but hopefully in time we could see something like this, along with Pearlescents and some new Takedowns. I enjoyed Paul Tassi’s article about Pearlescents over at Forbes. If it was really up to me, I’d also have them go back through the DLCs and add invincible bosses and circles of slaughter in those environments. 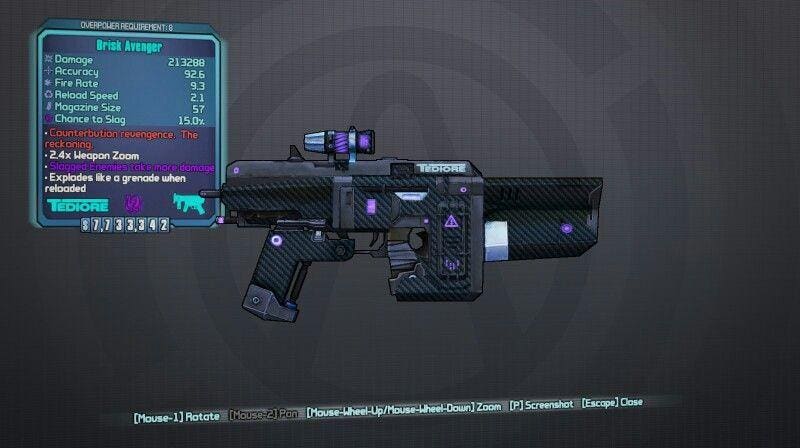 Will ‘Borderlands 3’ Ever Get Pearlescent Weapons Like The Last Two Games?

It's been a while and there are still no Pearlescent weapons in Borderlands 3. Are they ever going to arrive?

Good luck to them!

I think it would give a new challenge to the likes of Moxsy, Joltzdude and people who play on that level

I don’t play a game I paid for so YouTubers can have fun and profit. I think one of the problems plaguing modern day gaming is YouTubers.

Having said that bit of nastiness, I think it might be a good idea for the real gaming community. For me personally, I would definitely like to try it. Certainly more fun than nauseating inducing spinners, drones, and skulls.

can’t be done at M10. But at lower mayhem levels…

I would love the ability to toggle on True Takedown mode for the normal game. I’m not some kind of godlike elite player, but I only play on M10 and can stomp a vast majority of the game. I still love the game and play daily, but I’d love to be able to turn up the difficulty as much as possible!

At the very least the slaughters and trials should have 4 player scaling as an option.

I really like this idea. Right now TVHM doesn’t add very much to the game so this could be a really interesting way to breathe new life into it, create some lively, viable endgame material and make extra runthoughs of the game feel satisfying and rewarding. Flock of birds? Stone.