After all the final patching, is Unforseen an actually decent skill now?

I still haven’t taken Zer0 to beyong OP2 after the patch since I took a long break and got back to a fresh start recently but I’d say at least up until OP levels it’s very viable now.

5/5 destroys badasses on NVHM and does major damage / kills BA’s on TVHM too (add Deathmark or slag for guaranteed kill).

On UVHM it kills slagged / marked targets very well and can be used to kill weaker melee enemies like psychos or weaker skags with no debuffs or one of them only so just throw the clone and focus on something else. What it doesn’t kill it hurts enough to be useful IMO. Haven’t tried it beyond 5/5 or in OP levels beyond OP2, like I said but I like it a lot now.

Yes it is, especially if you slag them first either via death blossom or a slag weapon/grenade.

I found in early UVHM it would still do work, but later into UVHM and the OP levels it still doesn’t do enough and I spec’d out of it.

At OP0, it works well enough to build around.

It's there because it's a flat, unconditional, multiplicative fire rate boost. Two fangs shouldn't make you miss on your first shot, but it will affect the second shot, so if you're using snipers to actually snipe, or of you're using Jakobs shotgun with 2 shots in the mag, then yes, it might make you waste ammo and reload more often. If you're using literally anything else, it's a huge DPS increase. If it interferes with the way you play, by all means try without

Past about OP2 or 3, it’ll probably start falling off. With some investment, it should still be ok.

Bear in mind that Ambush boosts Unforseen damage, and DSs is using a GREEN COM for that demo. A blue Spy COM would boost Unforseen by 6 instead of 5 and have 10 points for Ambush instead of 5…which is a multiplicative bonus.

I didn’t realize Ambush boosted it, that’s probably why I wasn’t getting enough out of it. I loved Unforseen at lower levels… Solid, free damage on every Deception use.

As for the main point of this thread, here’s @stupid_red_x’s demo for my Unforseen build:

I didn’t realize Ambush boosted it, that’s probably why I wasn’t getting enough out of it. I loved Unforseen at lower levels… Solid, free damage on every Deception use.

Yeah, and since Ambush is a solid skill on its own anyway, you’re not losing much.

The Spy COM is almost perfect: it boosts Unforseen and Ambush, and the passive is cooldown rate

That’s how I roll with it when I’m using it specifically for kills. I play at OP3, but I imagine it wouldn’t be terrible at OP8?

Can confirm it is really worth it on UVHM. I am not even that good with Zer0, but if you learn how to position the decoy and use a slag singularity + DM you can shut down groups of enemies easily.

Using Chucks setup (only removed Tw0 Fangs for now) and I am having a blast. Will soon go for my first Peak run and see how the build does on OP levels.

Here its example how you can abuse Unf0rseen really hard :

Not to UVHM yet so not reliant on slag yet but I can verify that a 5/5 Unforseen KILLS a boatload of stuff.

My tactic (and I’m sure this is not new) Is I simply run to center of a bunch of bad guys
Throw Depetion
Throw Quesar into center
Throw all my kunai into the group the Quesar pulls in
Once Unforeseen pops, I follow up with shotgun blasts from a Ravager into the center which finishes off anything left.

A little update here. I wanted to do something in BL2 so I went and tried the damage of Unf0reseen on OP6.

I tried to find level 79 stumpies so the damage resistance is as close to OP8 as I can currently get. The first one is just base damage.

Add slag and deathmark and it packs a bit more wallop.

I used a level 50 Emperor for slagging and only threw 1 Kunai so it wouldn’t affect the damage much.

That’s pretty good, saves me a shot or 2 from my Pimpernel. I also took one more screenshot with a shock bone added on but I guess I threw the clone too far because I did less damage than the 2nd picture. I didn’t notice that when I was taking the shots.

I went through the area a couple of times. Unf0reseen was completely wrecking spiders. It’s still good for what I’m using it for.

EDIT: I just realized that the fact that the Kunai in the second picture lighting the stumpy on fire probably added a bit to the damage since I was using a fire bone at that point. Still, you get the idea for its damage.

consider that you’re using a ninja com: a spy com with +6 unforseen would raise the damage a lot.

True but then I’d lose my backstabs. I’m not trying to make it my main source of damage or anything. I just wanted to throw a couple of pictures here to show how the damage is on OP levels. I’ll probably do this once more once I hit OP8. 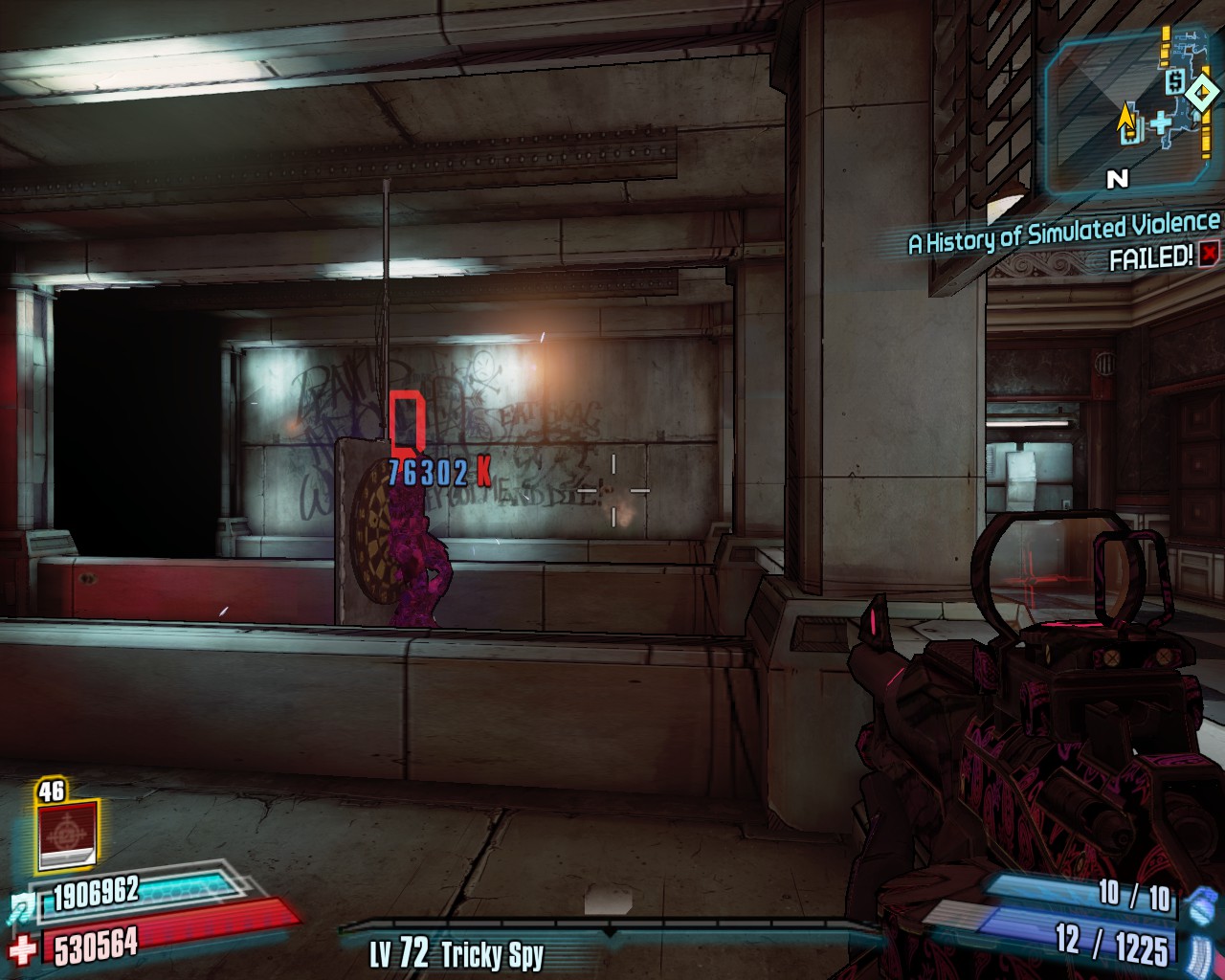 Unforseen at 11/5 gives up a lot elsewhere it looks like.

If a 5/5 Spec with a shock BoA can just blow out a shield at OP8 then It’s probably worth it.