Update and a bit of a tease!

Hey guys!
With all the fervor around DoK launching tomorrow, I wanted to quickly let everyone know we haven’t forgotten about RM! Here are some screenshots of the WIP patch that the RM team is working on! (Formations - Cough)

looks ok but i didnt want hw2 units to use hw1 formations now hw1 units have lost their edge if formations were to work in the first place. also show some hw1 units in attacking formation please like 70 scouts in evasive attacking a destroyer or somit and a cov wall with support frigs keeping back with active heal beams showing that that tactic works again. and a nice mix of heavy fighters in claw formation say 50 ships. cheers.

The choice of HW2 units was intentional - to show that units with ‘rigid’ squadron groups prior to this patch can also be arranged/used as a ‘formation’. Showing HW1 units doing this can appear to just be HW1 units in the pre-patch Strikegroups.

Awesome! I can’t wait for this patch.
With this and DoK, I might end up playing all three games in a row. 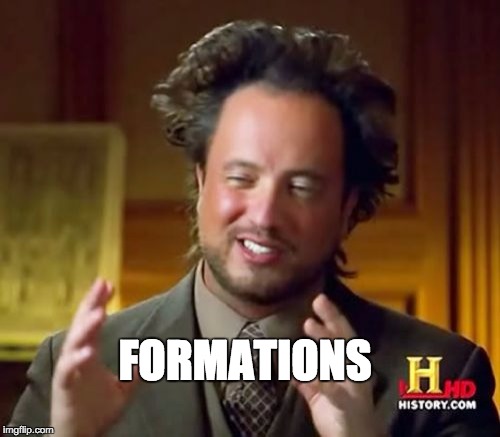 That looks amazing and beautiful. Thanks for the hard work!!!

Do you mind giving us a little bit more details as to what is coming with this patch? As in we know MP balance changes are coming and obviously the movement rewrite but maybe there is some other stuff like SP Campaign changes or more MP maps.

But most of all thanks for working on this, many companies release their games and just abandon it and they will only patch it if they have DLC planned, but you guys kept putting hours in it. I know some people who avoided the remasters because they considered it flawed when compared to the original and I’ll try to make them aware of this patch once it hits.

There’s little of any detail that I can go into aside from what’s already been said. Burleson up there is who you’ll probably hear any ‘new’ stuff from…

At this point we’re working, will continue to work, and want to get this out and in everyone’s hands (mice/keyboards?) as soon as possible.

you know that formations in evasive will break up when they engage right?

you know that formations in evasive will break up when they engage right?

I didn’t have the heart to point that out… though - maybe a before/after will be posted. It is certainly cool to watch!

remember hw1 1.5 patch said it fixed dancing scouts but ingame they still jittered so it was actually working as intended with them doing that in evasive as they used their thrusters. so no u cant call it a bug or exploit.

I am… inappropriately excited by this tease, Mr Burleson.

Being a huge fan of the original Homeworld, I really have to thank you guys for putting in the effort and supporting/patching a game to appeal to the fans of the original game. As a software developer myself, it really means a lot to me that a company listens to the feedback of their users.

It would also be a nice option to re-enable fuel (at least for the HW1 campaign), as I felt that it really added a sense of desperation and immersion to the game.

Also, it may be a tall order, but would it be possible to reimplement the ballistics system of the original game to replace the RNG nature of the second? There are some bulletmods that do this by changing all projectiles to be unguided missiles, but then there are issues with tracking, which introduces linear interpolation, also gameplay balancing, etc etc. Would love to see it implemented, though.

Keep up the good work!

Of course this is only an ancillary joy compared to the incredibleness of seeing formations return! And I wish to convey my deep approval of the fact that the formations can be used on HW2 ships… I can understand why others might not like it, but overwhelmingly I think it was the way better choice to make. Having more options for HW2 units is definitely not a bad thing.

I have to ask, does this mean HW2 fighters are going to be broken out of squadrons so that they can create formations just like HW1 units do now?

I’m probably one of the three people on the planet who actually likes squadrons over individual fighters… would not like single-fighter units forced on me, in spite of how cool HW2 fighter formations might look.

I’m new to the forum but I’m a huge fan of the original game back in the days and still the proud owner of an almost flawless boxed copy of the nineties. Having said that, I was highly enthusiast when the pretty shots of homeworld 1 remastered started to build hype around the web. Unfortunately, for me at least, the stellar switch to modern era graphics and assets weren’t enough for the lack of proper gameplay elements (formations, tactics, physic/ballistic) that got lost in translation. Sadly, (and I hate to say this knowing the amount of work that have been put in this remake), no matter how hard I tried to love it, I ended up frustrated and stopped playing it in favor of the original.

But let me just say that today’s news are truely a revelation… a one I never thought was going to happen. It’s been months without news and just when I was about to preload Deserts Of Kharak, I thought myself “maybe I should take a look again” and how happy I am right now seeing these 2 hours ago freshly new released screenshots! Can’t believe such a thing is finally happening

It means a lot to me, and it just shows how you guys truely care about this franchise. Regardless of how much I’m looking forward to playing Deserts Of Kharak, the new game will never have a bigger place in my heart than the original, not only because of nostalgia, but also because of the gameplay, storytelling, deep space and artistic elements and I must say what I’m looking at today is very promising and truely a step in the right direction!!

You guys did an amazing job on the graphics, no doubt it’s a pretty game absolutely stunning to look at. But add those missing elements of the original and it will be a perfect remaster!! The game absolutely need these features, this is a relic masterpiece, a one that wrote a part in the history of videogames, and it truely deserve a proper remake no matter the cost. I really hope Gearbox will continue to support development on it until it matches your expectations as developers and fans of the original.

Keep up the good work guys!!!