Stuff I can offer for trade: 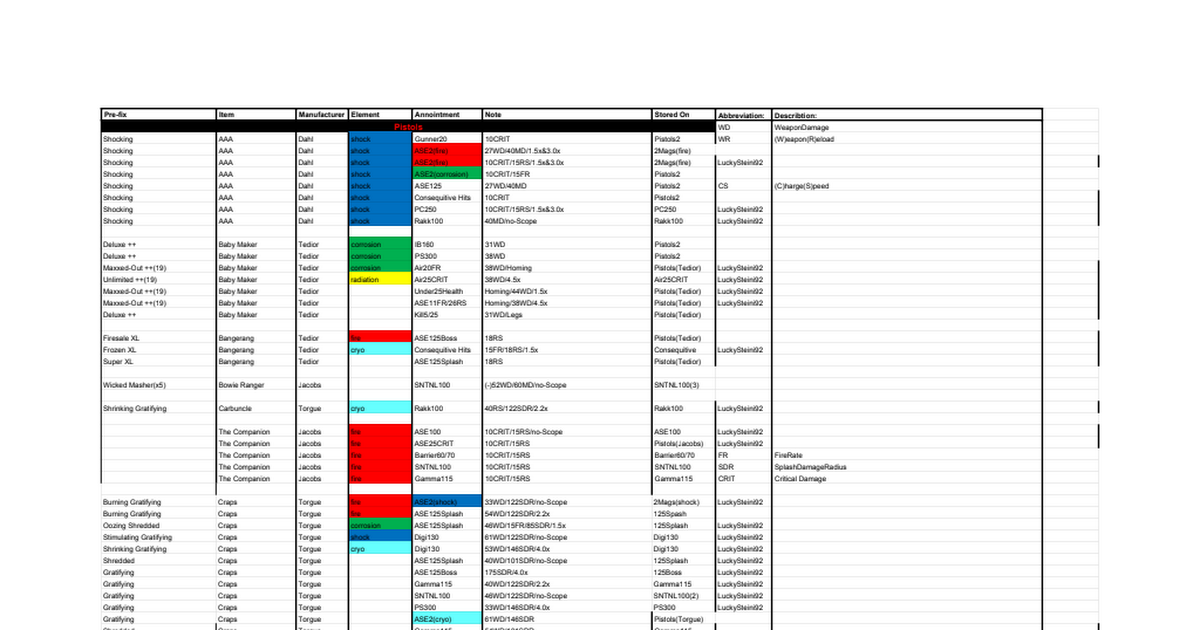 I have a Radiohead Deathless with + 1466 Health +149/sec Health Regen but it took me 20 hours to get from mother, so I use it myself now, especially after the crap nerf they did on the Bloodletter.

And I’m also searching for a such Bloodletter myself.

But I have a lot of those Loaded Dices, if you by chance have a Recurring Hex Radiation?!
If so I could make some pics or so of them.

Hey, I found a LastStanding Deathless, and guess why, I didn’t searched after Dethless and got the most searched one with also good passivs.

To your question, sadly I can’t say I’m the proud owner of an recurring rad hex, I also search for this, the boath other elements I have twice, also anointed.

The loaded Dice in first place has to have halth regeneration, ecactly 149/s. And it mustn’t have boosts to maximum shield/health.

I have other stuff for trading, say your next wish and I will look to make it happen

Alright I will look up those Loaded Dices and post pics if I have one with health regen. But only that you know the Last Stand Deathless doesn’t work with Moze with 1 health, it doesn’t proc if shields are gone.

And boosts to health also goes directly into shields +60-120% depending of bloodletter skills, so that’s not bad, and yeah health regen on both would be nice (2 x 149/s = 298/s) but still doesn’t fully compensate the crap -50% nerf to shield loading they made.

Have an Lucians Call cryo and a fire infinity to offer at the moment.

I read about last standing dathless, that it procs constantly all 40seconds (after cooldown of effect), most people think it procs all the time and that’s the mistake.
I also won’t go this way, because there are better alternatives.

I might have what you are looking for. Message me on Xbox. Gamertag is JumpnSpyder

Here is the bloodletter i have-

Thank you for showing it to me, but I have a better one, the health Regen is important, but then I need the right skill boosts, and that are for me (+3 Desperate Messures/+2 Phalanx Doctrine)

Push have lots of anointed stuff to offer for what I’m searching.

They currently don’t have a fire hex. But I do have a purple rarity that works similar to a hex in fire variety.

Who in this thread said anything about a granade-mod?
I think you postet in the wrong thread.