Using your claptrap action skill right before helping someone up

edited: to torgue fiesta and clap in the box

some packages that cause problems for helping someone:
Rubber Ducky - you might be able to if in a tight space/low ceiling. but probably not.

Gunzerker - you simply can’t help someone up

Clap-In-The-Box - (optional package) you’re now a bomb. you might end up in FFYL. if you don’t do damage you go into FFYL. reportedly you can help someone up but that might not be intentional.

Except that I just read about the other packages and apparently he has one called Senseless Sacrifice which can take the whole team out of FFYL. So even though there are some that help, I still might not trigger it when someone else is in FFYL. However, there are some other situations where it could be amazing. I want another skill tree page with a capstone skill that lets you pick the result you want for each situation. It would come up and give you some time to choose somehow. If you don’t choose in time then it runs the routine as normal.

So, here are the ones that help:
Senseless Sacrifice - fantastic, especially if it helps multiple teammates at once

Blight Bot - could also hinder if it steals kills from the downed, but if it lowers the health of somebody enough that the downed can kill it that’s great. Also, it helps if blight bot draws aggro? Not sure if it does.

Shhhh… Trap! - fantastic because of aggro draw and making you specifically not even a visible target

One Shot Wonder - probably helpful. downed teammate could more likely kill to get back up

Medbot - helpful. you can heal someone on your way to picking up another guy

And some neutral ones:

Here’s the wikia site for the action packages: 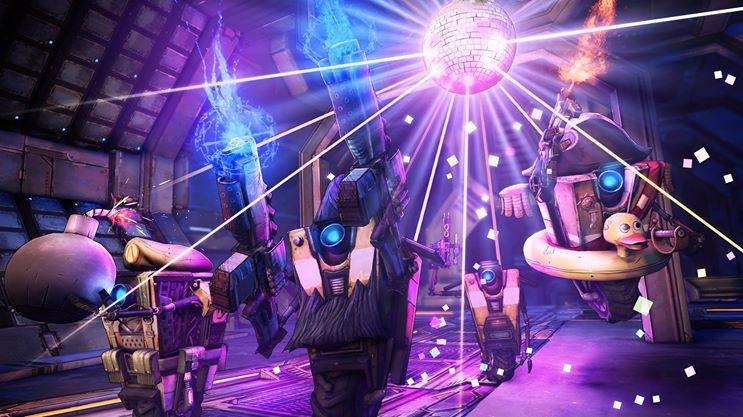 The other skill tree thing I don’t think would work. If they did it for Claptrap, they’d have to do it for every other character, and would also have to worry a lot about balancing, COMs (Legendary would HAVE to boost 2 more skills and other COMs would have to be made more viable) and whatnot.

But hey, I think that it’s a trade, as happens with a lot of Claptrap’s skills. You get something good, but you can’t do some other things.

Also, Torgue Fiesta and Clap-In-The-Box are action packages that you get through spending a skill point, so it’s totally up to you if you have them or not, which requires a notion of risk. It’s your fault if you have those, since just a simple respec for Co-Op can just erase them from existance.

The problem lies within the default packages, which you just can’t avoid not having as a risk. How they will fix it, I don’t know, but just PLEASE make it so I NEVER need to funzerk again. It’s not fun.

FYI, I actually did manage to help someone up while I was a bomb during Clap-in-a-Box. I have video evidence.

Don’t know if this will help anyone else, but just figured I’d share.

Edit: embedding the Twitch video directly doesn’t seem to work, so I made it a simple link instead.

Pirate ship mode isn’t necessarily neutral because if one of those cannon balls hits the ground in front of your feet, you could fall into FFYL yourself because they will damage you. Personally I would advise against activating Clappy’s action skill whenever a teammate is in FFYL.

Personally I would advise against activating Clappy’s action skill whenever a teammate is in FFYL.

I think there are exceptions of course. For example, sentinel fight. You just respawned. The rest of the team is in FFYL. Activate away. You might save all their lives. You might increase all their DPS just enough to kill something. Etc…

The problem lies within the default packages,

Agreed. I really wish I could disable funzerker for TWO reasons now.

Also, I mostly only use my action skill with claptrap now when I have lost a lot of health. Because it fills your health bar. Just like how I used Brick’s action skill for the health bar effect and rarely the melee fest.

The other skill tree thing I don’t think would work. If they did it for Claptrap, they’d have to do it for every other character, and would also have to worry a lot about balancing, COMs (Legendary would HAVE to boost 2 more skills and other COMs would have to be made more viable) and whatnot.

It would still be worth the huge added value/replayability to the game. Borderlands 2 could have used this too.

Well, there are exceptions to just about every rule, but that’s one of the few times I would activate Clappy’s packages in co-op when my partners were in FFYL. Most of the time I try to heal them instead because it’s more reliable.

As much as I want to get the achievement for Claptrap by getting Senseless Sacrifice, it’s not really worth upsetting my partner each time…

Or just avoid skills that give you these action packages. Sure, if you really want the skill then just do as the OP said and don’t use VH.EXE right before reviving someone.

My problem is if they run right in to the middle of the mosh pit and someone is hitting me with corrosive damage. Low on health, team mate is down, gotta risk it and run the action skill.

PLEASE make it so I NEVER need to funzerk again. It’s not fun.

I actually find funzerking useful for killing things sometimes (~ 50% of the time?) Plus, I learned that spamming the melee key (or going into the menu) interrupts it if not wanted. Sadly, can’t revive during it. At least, with Pirate Ship, you can still revive others

I wish you could stop/recall the action skill like with some other characters (e.g. Jack, Wilhelm), Pirate Ship especially (so weird to be booming away with no enemies around).

(so weird to be booming away with no enemies around)

I do that a lot. I usually just see if I can hit pieces of the scenery with my cannon balls, like posters on the walls or plants, or whatever strikes my fancy and is in range.

Yeah it happens but fortunately I am not the one paying for them. I probably owe @Derch a few hundred millions in re-spawn station fee. You wouldn’t be playing claptrap properly unless you ■■■■ someone’s day up at least once.

“Don’t screw up!” -Athena to claptrap

Just wondering if anyone has any tips for getting the nonsensical sacrifice package to activate. I’ve been sitting here for a little over an hour trying to revive my downed guest account (second controller), and all I keep getting is the meat unicycle, minion trap, and shhh trap.

I only have the action skill talented, and one of the skills that i needed to the cooldown reduction time.

More downed players? If you’re on the handsome collection then you can split screen in 3 extra guys and try it then.

And maybe waiting until their FFYL timer is almost out.