A while back, @KNBrisson made a character named Phantom. He was a ninja, so I thought it’d be cool to have a Samurai/Ronin to face off against him. After which KN said that both characters could fit into a Ronin group. I knew that I had to make such a faction, so here it is.

The Wayfaring Fighters Coalition, or WFC, is a fairly new faction. They formed shortly after Rendain’s rise to power. The two founders, who were formerly enemies, are ex-LLC Phantom and ex-Jennerit Empire Korvinus. Not much is known of Phantom’s employer, except that he was lost to the darkening of a planet. Phantom wants his revenge, and wishes to tear down Rendain’s Jennerit Imperium. Korvinus was disgusted by Rendain’s betrayal, and wishes to restore the Empire’s control to a fitting person or party. Both of their interests align so, for now, Korvinus and Phantom have formed an uneasy alliance. They have been recruiting soldiers who have lost their employers to Rendain’s betrayal and his plot to quicken the darkening of the universe. This group may seem very similar to the Battleborn in general, but they have no stake in the war. Whether Solus darkens or not, they will complete their objective, cleansing the Imperium at any cost. They have allied with the Battleborn though, as they are currently fighting the Imperium on several fronts.

KN, I hope you don’t mind me taking liberties with you character’s lore. Again. I felt this was the best way to incorporate both of them in the group. You did say you had some other characters that would fin in a Ronin like faction. I will allow you to add them in. Also, since I took liberties with your character, I would gladly confer with you about any adjustments you feel are necessary for the faction. 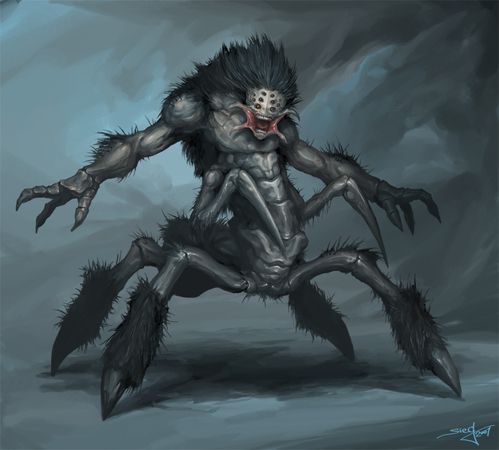 Bio: The same, charming man-spider-robot-thing he once was, he now is ready for the field!
Faction: WFC
Background: Arachnis, Upon defeat, became a Magnus Core once again. Another AI deemed “faulty”, he was shipped off to a group of LLC scientists who specialised in rehabilitation of AI. He was reprogrammed to fight in the battle against Rendain, but in a unique way. His core was to be transferred into the body of a feral Feroxian, a spider like creature with amazing power if controlled. The test was almost successful, but during the transfer, the Feroxian attacked in outrage, killing the scientists. However, the robot that transferred the core remained alive, and completed the operation. Upon learning about the murder of his “employers”, the Rogues and other factions didn’t want him, so he joined the WFC to continue his program: Fighting Rendain.

##Additional Appearance:
I was not able to draw a design for this, so I used a Feroxian, which is from Star Wars canon. Designs I would have liked would be some sort of beast that was spider-like and grew it’s own eggs from it’s wrists. Also maybe to have his Magnus Core showing in his back or Abdomen.

##Example Quotes:
Killing an Enemy:
“Another to feed, THE BROOD!”
Killing Varelsi:
“I’m a spider. I like the dark, but still…”
Death:
“This spider has just been splatted.”
Using R0B0T?:
“You are caught!”
Using 5P1D3R!:
“I am not a robot, I am a Spider King!”
Using W3B!:
“Prepare to be caught in my WEB!”
“Test drive time!”
Killing an Enemy with an ability:
“Easy Prey, like flies.”
Teleporting Home:
“Retreating for Firmware Upgrades!”
Killing ISIC:
“Haha, I just killed my boss! That felt GOOD!”
Randomly:
“Tchchchchchchchchchk, I can finally do that now!”
“I’m enjoying this new body.”

Also, I love the idea of the WFC. It’s fine to use my things, I’m okay with it.