What did you do in TPS during your most recent session?

TPS weapons (and more the skill layouts) don’t lend themselves to the same allegiance enhancements that BL2 does (with the singular exception of Jakobs, which Nisha can rock). Jack can rock Hyperion I suppose, but I’d still give him something else. My characters still have a slew of weapon restrictions so I have to use all the things in the game… they just don’t follow a single manufacturer line.

Perhaps even more out of character for me: I don’t use Luneshine weapons (though there may be a red-texted exception that I’m forgetting). I don’t have a problem with them, and if I took the time, I could probably find a way that would make them fit into my rule set, but at the moment… it’s weird (plus, outside of maybe the critical buff), their enhancements seem so insignificant.

Related, I only use a single non-red-texted Glitch weapon.

edit - avoiding a double post here: Wilhelm took the Bunch of Ice Holes mission. The Firestarta (or any laser like this I suppose) with an Ack Ack (plus airborne target) and Suppression? I think I’m in love.

Not to be outdone, the Shredifier is no slouch either. Dropped this guy in two passes from pad to pad (he’ll die before this magazine is empty).

Classic Wilhelm: an airborne Power Fist through a frozen Shuggurath:

3rd edit - anyone ever do the Vengence Cannon trick where you get a glitched railgun (reloaded to the yellow setting) so when your shield drops, holding down the fire button drops a shot or two (but not the whole thing), but your cannon goes insane? I’ve never actually used that skill, but this looks like a hoot (especially combined with Overcharge and other fire-rate buffs).

FINALLY GOT A LUCK CANNON, DASTARDLY AND SHIELD IGNORING LUNESHINE EFFECT! even a jakobs grip.

@Adabiviak why you have lvl 47 Wilhelm and fight with lvl 70 enemies? How its possible?

I thought that DLC legendaries cannot spawn with luneshine effect.

They can’t, his must be modded

Or UCP, which is kinda the same as mods.

I’ve mentioned this in the past over in the BL2 section, but I guess I should put it out here as well:

If you are using the Unofficial Community patch, please include an appropriate [UCP] disclaimer in your posts.

(The UCP is a bit of a grey area - if you need to ask questions about this, please PM myself or one of the other active moderators)

…looks like his level wasn’t synced with his experience points. All better now, thanks! Here’s the things from the Thingy about to wreck this . When I’m relatively safe, I try to purposefully miss the main shot at a point where I anticipate the vehicle getting stuck/having to turn around, such that the pellets can catch it. In this case, I fired the main shot off to the right.

I was watching joltz last night and he couldn’t moonstone grind dlc legendaries, even with the UCP

I finished TVHM with Wilhelm today with double drop of Ranger Pink skin. Thats my luck

You Sir are an invaluable, never ending source of valuable informations.

-edit-
It’s the little things that make the difference.
-edit 2-
We (at least I) are “not clear to access” the link. @VaultHunter101

Odd. I could have sworn I used the same route before becoming a moderator to see the list of moderators. Do any of the entries on the Groups page let you see a list? This one includes current and former mods, although if you can see the list you should be able to figure out who’s currently active from the dates.

That one work.
The “active” one only give me access denied.

Yesterday I played Claptastic Voyage and got rewarded with Omni-Cannon as a drop from final boss. Now it’s time to hunt lvl 70 Kaneda’s Laser.
And of course my favorite mission in TPS.

you can do it even without ucp, but you need dlc legs as materials.

He’ll tell you that dlc legendaries can’t have luneshine and will probably even post screenshots/videos tp prove it.

I could also screenshot the video from joltzdude who runs the ucp and show him not being able to.

And i just read this 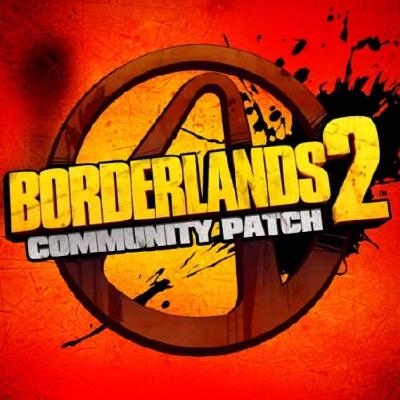 Sorting all the mods, all day erryday. Contribute to BLCM/ModCabinet development by creating an account on GitHub.

Which makes no mention of luneshine on dlc 2 legendaries

True, in the base game it is impossible to get dlc legendaries with luneshine. And I can’t really show any videos, as it’d just be me basically trying to moonstone grind dlc legendaries and it not letting me.

But with the patch that might not be the case. From a quick look over, this is what I found.

(Loot) Indirectly added Every kind of legendary as a World drop. (will be looked in a way later version in the future)

(Loot) Grinder Can now pop out DLC legendaries (such as thunderfire,berrigan) Weapons

See this is why i pinged you. Even tho you proved me partly wrong you showed evidence.
And tbf i was basically expecting that list to say something like “dlc legendaries can now have luneshine”

Started an Athena (currently Anonymous) a couple of days ago, picked her back up today. Went to Concordia, specced into Maelstrom and Storm Weaving, and then headed out. Did Torgue-o, the shield lock picking, and gained admittance to Crisis Scar. All in half a day’s work for today’s ex-Dahl assassin on the go.

Update. Applied some shock treatment to the Scar of crisis, met and witnessed the death of the Meriff, helped Deidre fake her own death, got some ice for Nina but gave it to B4R-TP, picked up Grinders and advanced it to Stanton’s Liver, picked up Zapped and advanced that to 2.0, and stopped for the night. We’ll see how far we go on the next round. Currently level 11 with a hand me down Cyber Eagle and a shiny purple shock Defender item of the day. Also, named her HeAthena for her affinity to an ancient polytheistic Earth religion and her witch like affinity for wielding electricity

Wilhelm went after some random missions, but really wanted to see how fast he could get the Firestarta to go. He had the following on deck:

I’m not even aiming down the sights