What does the text say on Hellfire's LCD screens?

I want to make a higher res image of the LCD screens to print them out, but I can’t entirely make out what they say. There’s the word “industries”, not sure what the other is. Any ideas? 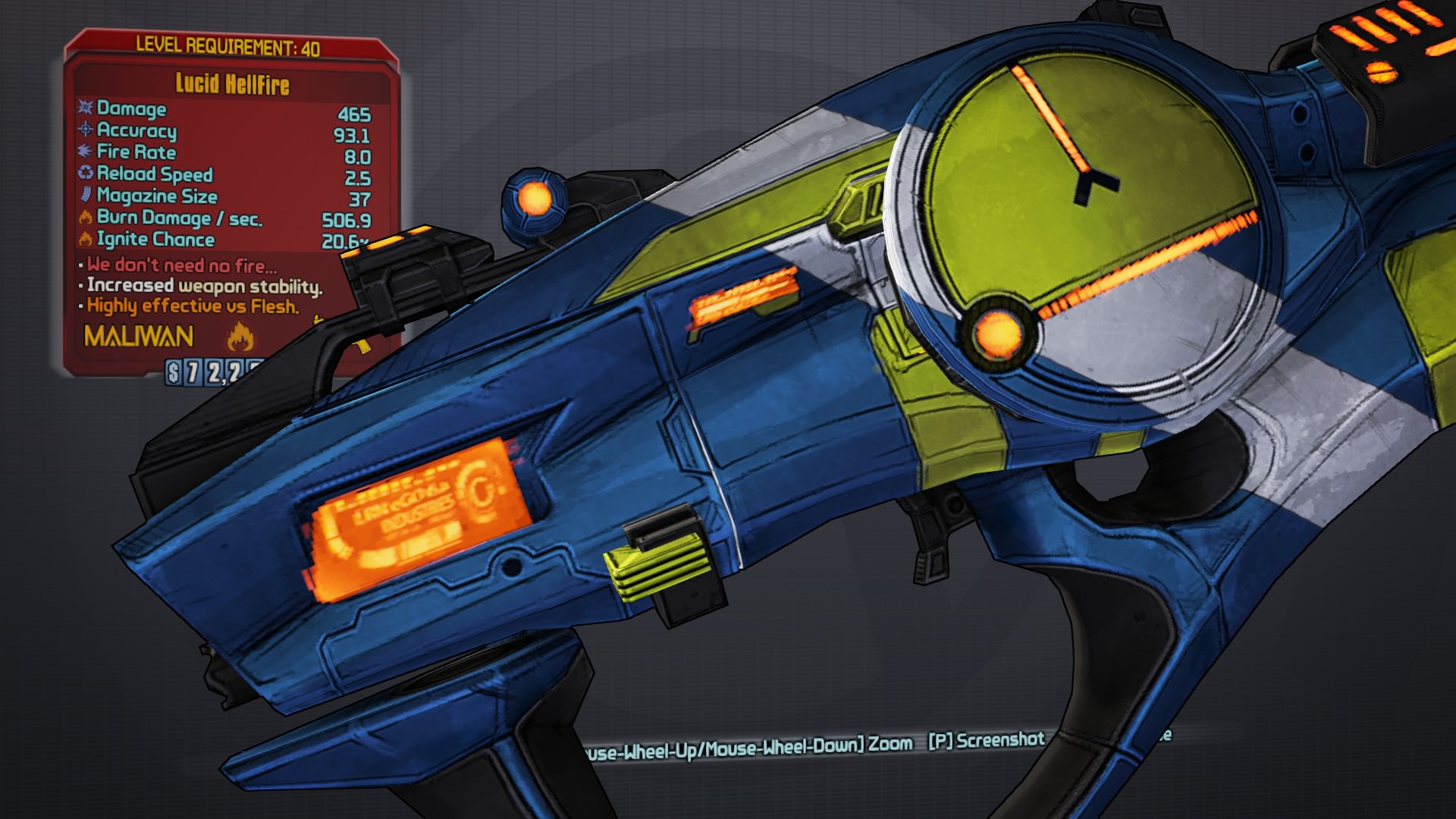 Thanks for the guess, it makes about as much sense as anything lol

The guy from Pandora’s Props figured it out, “LRN eG0 6.n”

Apparently a lot of the marks on there are just artifacts from the low res image. Now to create a clean image of it.

it wasn’t a guess. That’s actually what it says.

Cool, do you know what it would look like typed out? What’s the thing in front of the “R”, for example? Do you know what the the small text under INDUSTRIES says?

Using the “LRN” line, I have this so far, but I can update it for anyone who needs it

I recreated the screen thanks to an image provided by (Download for full size) I will update it once I figure out what the small text under INDUSTRIES says.

Weird, I wonder why every Hellfire prop I see uses this version of the screen then, if it’s already known that it’s inaccurate.

because that’s what it is in game. basically color scribbles.

That’s on all Maliwan barrels, not just the Hellfire, no? It’s also on the “Flag Raising Generator Devices” in Sawooth Cauldron and Maliwan scopes before you aim (in case one of those has a clearer image).

I played on Steam Link to use the 4K TV and it was slightly clearer, it definitely looks like “LRN eGO 6n” or whatever, so I’m sticking with that. The guy I made it for was happy, and that’s all that matters

I really like this guy’s interpretation of it too: Game-ready gun model of a Maliwan SMG from Borderlands 2.