What loot can you STILL not manage to get ahold of?

Legendary, non-legendary, whatever. This topic has kinda been done before, I know, but I just wanted to make a new thread.

What gear has escaped you every time?

For me it’s STILL THE INTERMITTENT ANGEL. WHY. WON’T. YOU. DROP. GOOD LORD. DID GEARBOX REMOVE IT? ARGH. RAHAGHUGAUEHREUGRAHUGHEUGAEUGRH.

Then there’s the Predator’s Step, Scalewolf Crest, and the Lunatic Stew. They simply won’t drop.

I also regret deleting the twenty Haute-Couture Kevlar (Rare) vests I found, because I never realized how good they are, and I have not found an unflawed one in three months.

Even if I don’t use legendaries in the game, I’ve been looking for a specific one I want to try on Deande: The Doomsday Key.

I’ve been trying to get that since release (but only play adv. Heliophage when I’m in the mood for it, so no agressive farming). I’ve finally got one not long ago, but it was a min roll and worst of all felt like a taunt after that cheaty death:

Doomsday Key is quite nice, I see why you want it so badly. But I want the Helm of the Imperium. Yes, a CC legendary. Why? Funsies. I just wanna have it to have it. Plus it may be changed… hopefully…

I want to have that Doomsday Key just for fun too (want to try it only in private bot matches). But at least I’d like to have a max roll on it to make it worth the shards.

Player with my own luck apparently, I’ve either never gotten Haute-Couture Kevlar or deleted it when I was still just a Battleborn youngin’. I’m also missing Intermittent Angel and Doomsday Key but refuse to try and grind for the Key until the next Lootpocalypse same with the Angel after about 20 runs. I have no one left to rank up so it makes the grind feel even more grindy.

For me it’s STILL THE INTERMITTENT ANGEL.

You know, it’s funny; i couldn’t get either that OR a Bola Target Finder despite countless loot-booster runs through The Experiment during both lootpocalypses, then i do a 3-man run through it with two people i had JUST met and befriended in PVP the previous match, then get them both maxed. RNJesus is weird like that sometimes…

Still have not gotten HostileTakeover.exe.

In fact, the other day my friend and I loaded up Battleborn just to try and get it from ISIC. The game glitched out at Arachnis’s fight and wouldn’t open the door to his second chamber.

Game won’t even LET us try for his loot anymore.

Mostly just max stat epics that I want… and oath of the sustained.

I’d like to get all legendaries in the game, it’s somewhat been the next goal for me in this, but the vast majority of those I have left are from packs and are thus just pure RNG rather than actually farming

The Comeback King. That would have brought me so much Borderlands​ nostalgia.

Bola. That’s all I want tbh.

For me it’s STILL THE INTERMITTENT ANGEL. WHY. WON’T. YOU. DROP. GOOD LORD. DID GEARBOX REMOVE IT? ARGH. RAHAGHUGAUEHREUGRAHUGHEUGAEUGRH.

Then there’s the Predator’s Step, Scalewolf Crest, and the Lunatic Stew. They simply won’t drop.

I also regret deleting the twenty Haute-Couture Kevlar (Rare) vests I found, because I never realized how good they are, and I have not found an unflawed one in three months.

In my case, it’s the Boots Of The Brute.

Been grinding the Sabo back, forth, inside out on all difficulties (scoring Diamond in the process) AND together with peoples with loot boosters, yet them wicked boots continue to elude me.

Do they even exist? Did they ever? Are they but myth?
The plot thickens …

Rejuvenating Ekkuni Scalemail and Enraging Artificial Vitae, literally the only two pieces of gear I want and need. Opened a ton of Eldrid and Jennerit packs but no luck. I want them so badly.

I have the majority of legos that I will ever want or need. I have taken increments of time to try to get all the taunts and skins for characters so I ground commander packs which intern basically gave me all the blues and under I could ever want. Basically all I need are purples at this point since they are the most difficult to obtain. Though I will admit that the majority of my swords seem to be lower rolls which is strange and annoying to say the least

During the brief time one could buy legendary packs, I bought six packs. I got five Dr Fist’s Medic Bag. Five! In a row!

I still haven’t managed to get hold of a Void Resonater or a Vibro-Core Module from story yet.

Nor have I managed to get a perfect roll on the flawed version of this: 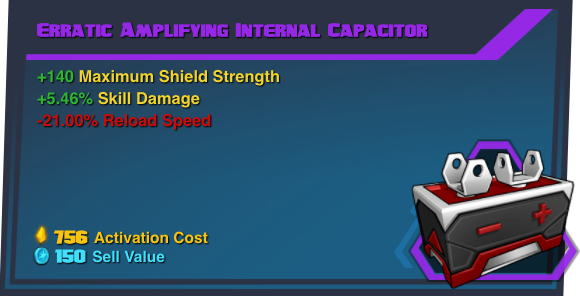 And this continues to elude me entirely: 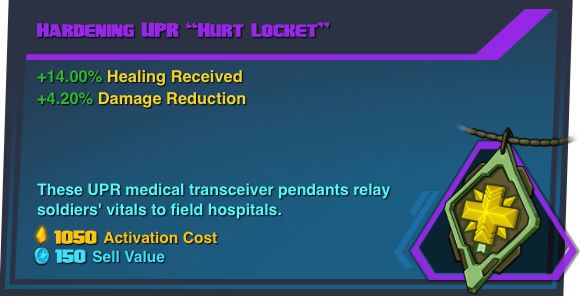 Ah, the oath of the sustained. Now THAT is a neat piece of gear. For me pretty much defines “neat.”

Take that, add it to the Vigilance Link with a shard generator, play as Kid Ultra… become walking max health generator.