When could the last Brothers in Arms game be made?

Brothers in Arms had been the first game the GBX had ever worked alone and believe me, I’m pretty sure it got them famous.

They said they were working on it but that was last year. They own us fans that they will finish the story of the 101st Airborne Division and so far, nothing happening.

While people here talked about Battleborn or Borderland, I would like to see your concern about GBX first independent game.

Them, Jan. 2017: INTERVIEW WITH RANDY PITCHFORD

1: It looks like you’ve assembled some really good talent at the new Gearbox Studio Quebec. What are they working on? We haven’t heard anything since the studio was announced.

That hasn’t been announced yet, but they’re over a year into it. It’s very possible – you asked me earlier what things will happen by the end of 2017 – it’s almost certain that by the end of 2017, what’s going on up there will become publicly known. Hopefully what we’re doing there is exciting to people. I’m extremely excited by it, and I don’t think that surprises anybody. I get crazy excited by everything we do, regardless of what people on the outside think about it. I think that’s why I do the things I do, because I’m excited about them right? Those guys are super awesome and I feel so fortunate that we get to work with them. When I meet up with these guys, I’m just inspired by their passion. And their commitment on top of their talent. I love it.

1: Is the Quebec team’s work going to take a more experimental direction than the stuff coming out of the main Gearbox studio?

They definitely have their own flavor to them. There’s a number of things going on. The big bet is about an existing franchise, but their take on it is totally unique and awesome. But it makes a lot of sense. You know, I don’t wanna spoil it, and it’ll get announced soon, but I’m just in love with their approach and I think when people see it, they’re going to be like, “Okay, I get it, this is familiar, but holy crap, this twist on it, that never occurred to me, but it makes so much sense.” They still have a lot of work to do. It’s going to come down to how they bring it all together. But it also comes down to what the tastes are in the market and what else is going on. But I have a lot of confidence and I’m really excited to see how it all unfolds. And I’m really happy to be partnered with those guys. 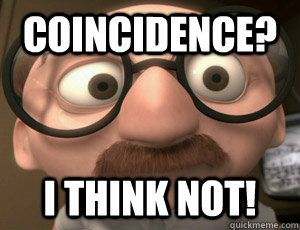