Where to find Ultimate Badass Varkids

I want to farm a Quasar. Only trouble is, I spend most of my time avoiding areas with Varkids, so I don’t really know a good place to find Ulti’s. Is there anywhere good besides the infected warehouses in the Caustic Caverns and the Varkid Farm? And which of those two has a larger spawn chance, in people’s experience? I assume Caustic Caverns because there are places where Badass Varkids spawn, without having to evolve to that stage, which just speeds things up.

Caustic Caverns is nice, but sometimes the frames slow down, unless you play on a good pc. Also I kinda like Varkid place near tiny tinas warehouse.

Not everyone has that, you know. 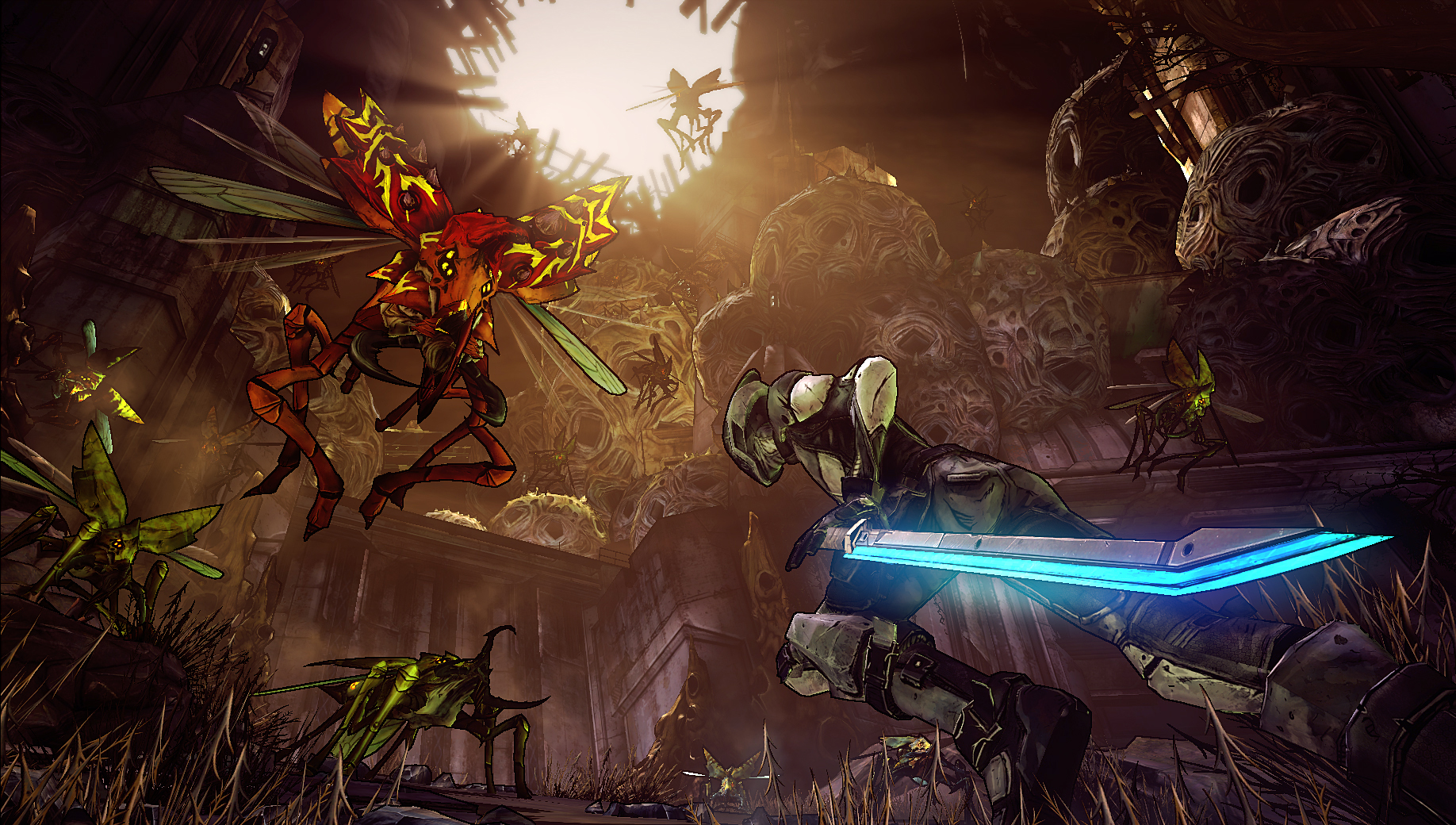 Varkids are the insectoid enemies found in various locations of Borderlands 2 and its DLCs. They are generally spawned as Larval Varkids from conical-shaped protrusions in the ground. Unlike other creatures on Pandora, varkids have the ability to...

Are consoles affected by the Caustic Caverns?

I mean the consoles(mainly360) are ■■■■, and caustic caverns have a lot of enemies spawning and evolving, this causes the frames to drop, or the console to freese, sometimes.

That’s pretty funny. Oh well, that is the misfortune of older generation consoles, well, consoles as a whole. The freezing sounds infuriating, I could imagine a lot of rage upon that happening.

I suggest the Tundra Express, the Caustic Caverns, or the Natural Selection Annex.

Lol, it happened through digi peak once. But all that nothing. Have you ever survived up to round 47 on Kino? Yeah, well I have, the n the god dammed console freeses!!!

Explanation not need, I know the map, thank you though. Sounds frustrating.

Do you know what, I play on the slim 360 and I have NEVER had BL2 freeze. I mean, even when I throw all 15 Storm Fronts with my Axton, all I get is slowdown, and even that’s not bad. I’ll probably have it happen now I’ve said this haha!

Yep, wait for it. Also its not the grenades, or any weapon, its the evolving and spawning and the console gets mindfucked. I should have mentioned also that my elite slim has a reeally bad overheating issue, so I built little Plastic legs for it to stand on, since then it only frose like 4 times.

Except for the badass varkids that you sometimes find stirring around in trucks, they will only spawn as larval or adult. Then they evolve. I’ve played this game since it was new, and I’ve never come across an Ultimate BA on a regular playthrough. Only times I’ve fought them are either when I’ve tried to spawn Vermi, or when I’ve done the Creature slaughterdome (one guaranteed UBA in one of the rounds).

UBA’s have a very low chance to spawn when you’re playing solo, so in order to get them to spawn, I use the 4-player difficulty trick. It’s a tedious method, since you have to run to the gate of either Hyperius or Master Gee (you also need to have defeated them once in order for it to work), and then run back. But it’s the only way, unless you play with friends.

Creature dome is the fastest way to farm. The alternative gives you a chance to spawn Vermi.

This is how I’ve spawned Ultimate Badass Varkids.

Yes, it is primarily a guide to spawn Vermi, but I’ve been using this method to reliably spawn Ultimates and I have acquired a lot of Quasars that way.

Also, what’s up with the 360 bashing? It’s almost 10 years old, of course it’s crap when compared to modern hardware.

I forgot about this method, I used to use it as well.

Don’t worry about that, no defeat is necessary unless you want Master Gee as he is way quicker to reach thanks to the lack of a forced fight so defeating Hyperius once at least would help. Master Gee however doesn’t have to be killed.

Also, well you see some people spend money on other things than just games.

The Varkid Farm is probably your best bet, since you will always find Varkids there and can also fast travel directly there. Whether or not they evolve into UBA Varkids is another matter.