Which Character Should I Play As?

While waiting for BL3, I currently have Aurelia to 56 in the pre-seq. After this, I was thinking of starting another BL1 playthrough. I played as Lilith originally. I’m not a huge fan of Melee style combat, so Brick is not really an option. In choosing Roland or Mordecai, what would you recommend? Cheers.

(Maya and Athena have been my favs so far. Quite like Axton. Zero is cool but hard, Sal okay. Claptrap was fun. Can’t stand Gaige’s screaming. Never tried Wilhelm, Kreig or Jack [yet?])

In choosing Roland or Mordecai, what would you recommend?

I’m not a huge fan of Melee style combat, so Brick is not really an option.

Brick can do gun builds as well. I ran a shotgun build for the longest time, while other people make explosive weapon builds with him. I think some time ago people did DPS charts and gun Brick topped all of them.

But out of the two you gave, depends if you want a glass cannon (Mordi) or a more tanky soldier.

Brick can do gun builds as well.

Yep. He’s like Krieg: you don’t have to use his action skill if you don’t want to. I like punching guys in the face, so I enjoy that aspect of him.

HE WEARS REALLY THICK GLOVES ALL THE TIME AND THEY MAKE HIM REALLY CLUMSY WHEN IT COMES TO RELOADING. SO HE DECIDED TO NEVER RELOAD. JUST PUT ALL THE BULLETS YOU CAN POSSIBLY CARRY INTO ONE GUN WITH SPACE TO SPARE! 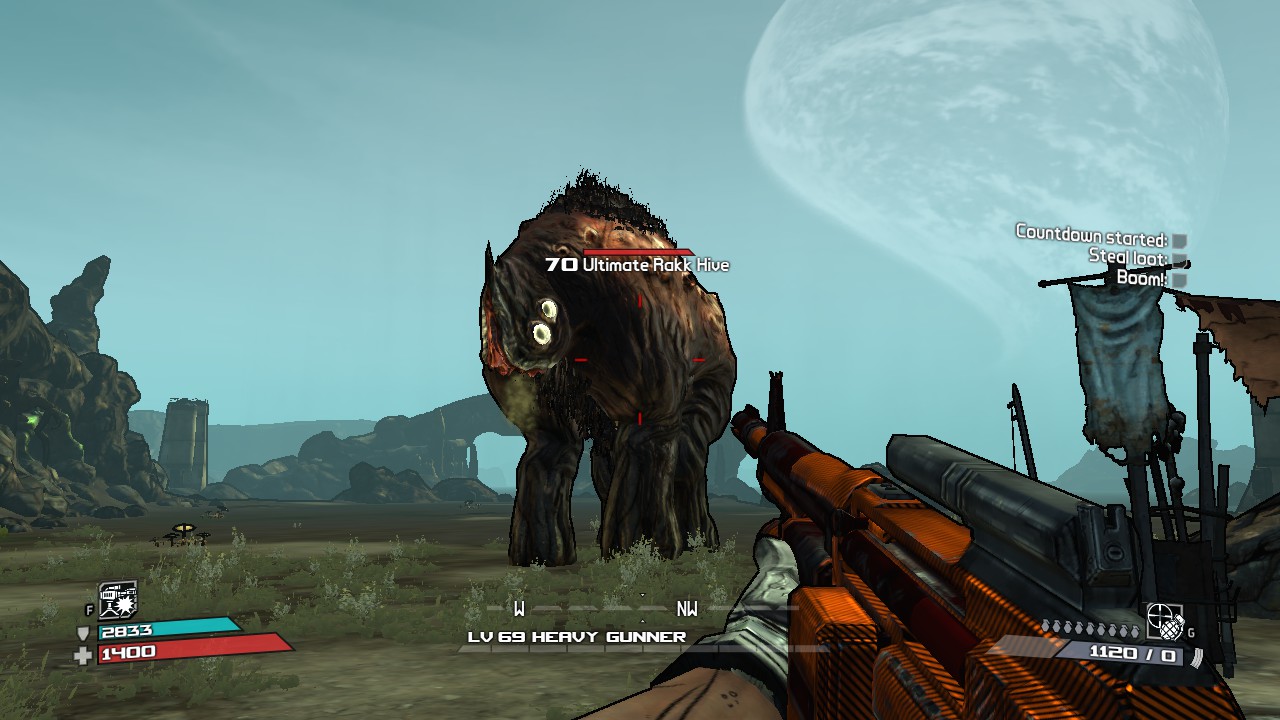 CFD91BEEFFD26EE9DFB3DCA771F3472A2FC429EC1280×720
“But billthebetta, what will I do with these thousands of dollars of bullets I’m carrying around in my trusty rifle? Also, how do they all even fit in this drum maga-” III’M GLAD YOU ASKED YOUNG PADAWAN FOR THE ANSWER IS SIMPLE. ALL YOU HAVE TO DO IS SHOOT THE BULLETS. “How many of the bulle-” ALL OF THEM. 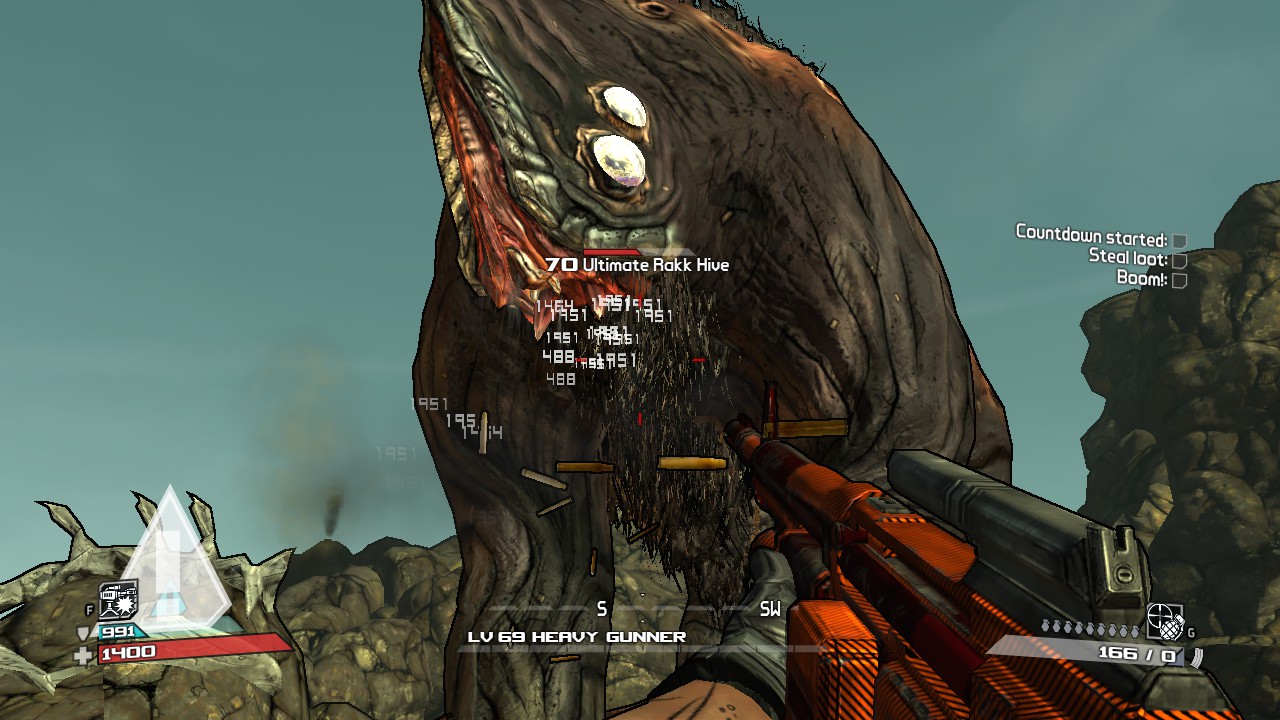 All joking aside, my personal favorite thing about Roland are the truly gigantic magazine sizes he can attain with his skills, especially with a decent Heavy Gunner COM. When Metal Storm kicks in you can absolutely evaporate your ammo stock in moments! Thankfully, he’s able to resupply himself and the team to keep you firing. He’s a great all-rounder, being able to flex in-between support, tank, and DPS dealer via “jumbo size dakka with a side serving of more dakka”.

Man, he’s Mordecai! All the characters are awesome in their own way, and at high levels they’re all practically demigods in one way or another, but damn if it isn’t fun playing as Mord. Sure, you can’t stand up to a stiff breeze, but you get to see really really really big numbers playing as him. 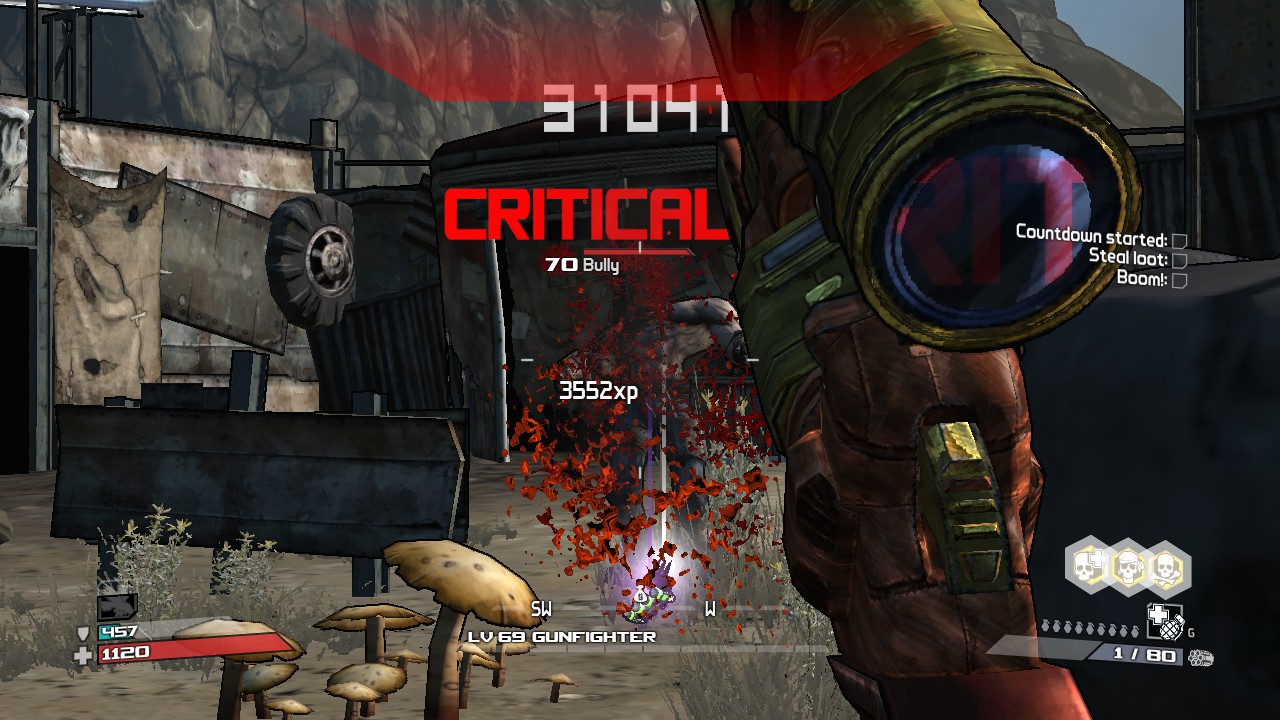 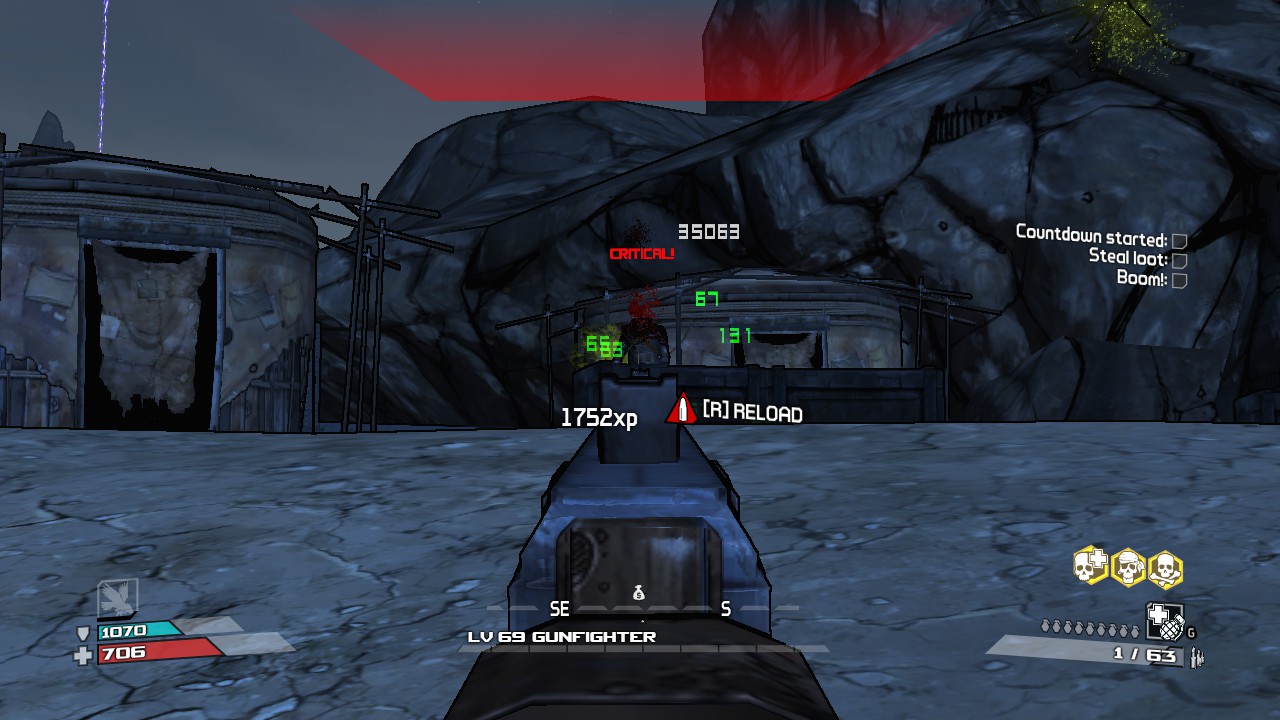 If Roland is seeing lots of small numbers quickly, Mordecai is seeing a few numbers, but really, REALLY big ones. Or you could throw on a Gunslinger COM and get to see lots of little numbers(machine pistols, repeaters) AND big numbers(revolvers) at the same time. That said, he starts off a bit slow, but once you have enough points to commit to a single tree he picks up the momentum and doesn’t slow down from there. His action skill multiplies in usefulness the more you put into it, eventually clearing groups of enemies, leaving the survivors dazed, and healing you in moments.

Going off what you said in your second post, I’d recommend Roland if you found Zero difficult, as Mordecai will play similarly to Zero.

Thanks for the info people. I think I’ll try Roland.

In reality, I think I’ll have enough time to play through 1 as Roland, PreSeq Nisha, then Mordecai, then Jack, Brick then Wilhelm before #3 comes out…

You don’t have to go melee as brick. Whilst his action skill is melee, he can still use fire arms effectively, especially if they are shotguns, and if you put points in his blaster tree you can make effective use of explosive elemental weapons; endowed buffs all forms of explosive damage, including bonuses provided by the explosive artifact.

Seriously, max out endowed, give Brick explosive artifacts, and run up to a badass and jab him in the face repeatedly. Its surprisingly effective.
Right now I’m using a level 20 explosive revolver, and its a 1-2 shot kill on enemies that are the same level as me. Even against level 31 Lancers its a 2 shot kill, 3 if shielded, as I get a 41% increase in explosive damage thanks to Endowed + Class Mod.

His blaster tree also gives him fire rate buffs AND damage increases on kill, so once he gets going he can churn out absurd damage.

However, due to how his action skill works, it is pretty easy to get him killed. You pretty much have to put points in his tank tree.

That was hysterical yet informing all at once.

Holy crap, I just noticed that ammo counter on the gun. What the ■■■■, that is awesome.

Looking at his skilltree, I’m seeing +60% magazine capacity with all gun types, and an additional +45% with combat/machine rifles. Drop a Heavy Gunner COM on top of that with up to +80% more, and you see magazines along the lines of these.

I loved mordecai. Probably my most fav of that game.

Mordy has absurd single-shot-potential. I got over 30.000 damage with one single Headshot from a Defiler against an amored enemy. And that’s not even close to the maximum; with a Masher-Unforgiven it should be possible to do double the damage. He’s squishy, but very powerful!

Roland has high survivability and the highest possible fire rate. Against Craw, He has the advantage of turret-distraction. His ressource-management is top-notch as well!

Brick has the highest sustained damage with explosive weapons! He is the best shield-tank in BL1 if you ask me and has great burst-damage too. And its just pure fun to wreck havoc with a rocket launcher.

Indeed, Brick does deal incredible damage if he gets his hands on an explosive weapon. Sadly, good explosive element weapons are hard to find, so most of his blaster skill tree is wasted. As such, I wouldn’t recommend him for Playthrough 2 solo play, even though he is really fun if you do find a weapon that complements his blaster tree.

I suppose building him as a brawler would be better, but I don’t see how that helps him against certain enemies, such as flyers, craw, the destroyer, ect.

As such, I wouldn’t recommend him for Playthrough 2 solo play

Brick can cake walk P2. He’s a walking mountain of health and shield and can use all weapons just fine.

Is the secret maxing out his tank tree, and only maxing out some skills in the blaster tree? I’m suspecting that may be source of my problem.

Brick can cake walk P2. He’s a walking mountain of health and shield and can use all weapons just fine.

This. Shuggy, try Brick with a Titan com. He tanks like hell. Once I tried one, I could only go back to the Ogre com for boss fights. It’s so wonderful laughing as enemies nick away at your 6,000 capacity shield, then have Unbreakable bring it back to full the moment they do break it.

He looses some of his potential while using non-explosive weapons, true.
If we go at it by “easiest to go full-potential” then revolver-Mordy and Brawler-Brick would be the best.

Oh, I’ve been using blaster COMs. I’ll try using tank COMs when I find them.
Do the mods that increase Team Health increase my health as well, or the just the teams?